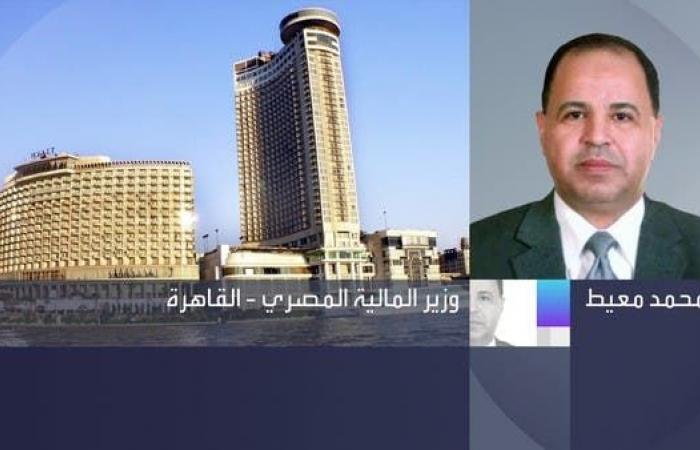 The minister added that the expectations regarding the recovery of the growth of some sectors compared to the period before the Corona pandemic, such as the sectors of information technology, tourism, petroleum and extractive industries, are expected to achieve strong growth.

Dr. Mohamed Maait explained that Moody’s report relied on the third review of the Egyptian economy by the International Monetary Fund, and emphasized in the report on Egypt’s credit rating, monetary policies and the stability that Egypt is witnessing, pointing out that Egypt is one of the few countries whose economy did not shrink during the Corona period. And it achieved a growth of 3.6% the year before last, and 2.8% last year, and it was achieving a growth of 5.8% before Corona.

He pointed out that the level of inflation decreased from 36% during the economic reform period from 2014 to 2017, from 36% to 5% currently, less than the target rate of the Central Bank at 7.2%, as well as the decrease in the unemployment rate to 7.2% currently after it reached 13.5% in past years.

He continued: “But with the Corona period and the continuation of financing the state’s investment plan and expansion further to try to compensate the negatively affected sectors and the continuation of the economy in a positive light, we expect to reduce the level of debt in accordance with the agreement with the Fund by June 30, 2025, to be under 80%, while the debt service reached 36 % of GDP in the last fiscal year’s budget, and the current year’s target is 32%.

Maait said that with the return of Egypt’s economy to pre-Corona levels, Egypt has an opportunity to improve its credit rating.

He explained that the foreign debt ratio of 32% of GDP, and we expect decline in 3 years to the level of 24%, and the target be better than Moody’s expectations on the debt ratio of GDP 84% debt ratio in 2024.

The Minister of Finance stated that the expected deficit of the gross domestic product is 6.8% in the current fiscal year, and it is targeted to be financed from local currency issuances such as bonds and treasury bills and offering bonds in international markets, pointing to the issuance of green bonds and international currencies during the past year by about 4.5 billion. $7 billion in the year before last.

The minister said that a plan to diversify financing from international markets is being implemented by issuing green bonds and offering sovereign sukuk after the approval of the House of Representatives on the Sharia-compliant sukuk law, and it is expected to be approved by the President of the Republic soon. We also aim to issue sustainable development bonds, in addition to Ordinary bonds in the international markets, stressing that there is a plan to go to the international markets during the current year, while the assets were not specified to enter into sukuk issuances. He continued: “We hope to issue the first sovereign sukuk during the current fiscal year.”

Moody’s affirmed Egypt’s credit rating in both local and foreign currencies, without modification, at the level of “B2” while maintaining a stable outlook for the Egyptian economy.

These were the details of the news $28 billion foreign investments in government debt for this day. We hope that we have succeeded by giving you the full details and information. To follow all our news, you can subscribe to the alerts system or to one of our different systems to provide you with all that is new.