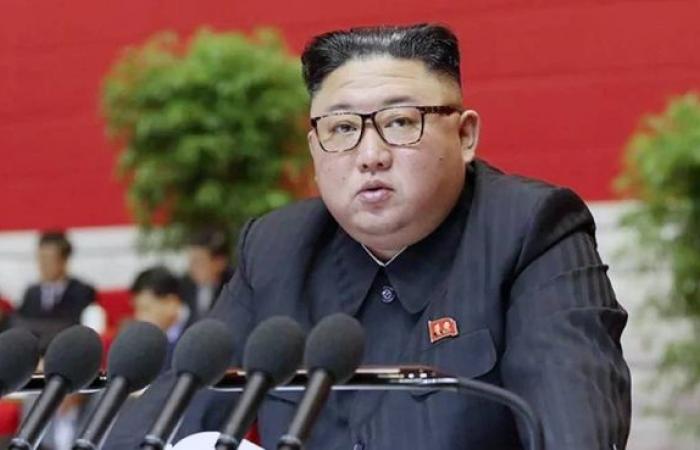 It is unclear who or exactly how many officials were responsible for the unspecified incident, which Kim called a "great crisis." But it appears some members of the upper echelons of the ruling Workers' Party of Korea were replaced, according to the state-run Korean Central News Agency (KCNA).

An outbreak of COVID-19 could prove dire for North Korea. The country's dilapidated health care infrastructure is unlikely to be up to the task of treating a large number of patients with a highly infectious disease.

North Korea has not publicly acknowledged any coronavirus cases, though experts claim that may be a product of Pyongyang's limited testing capacity.

Few believe that a country of around 25 million people has been spared by a virus that has infected more than 180 million people worldwide, especially after KCNA warned last summer that an incident involving a symptomatic defector from South Korea might lead to a "deadly and destructive disaster."

To date, North Korea has been able to prevent a major outbreak of COVID-19 cases thanks to a series of draconian public health measures. Kim reportedly had two people executed last year for COVID-19 related crimes, including a customs official who did not follow the rules while importing goods from China.

North Korea's borders have been sealed since January 2020 to keep the virus at bay, despite the knock-on effects on trade with Beijing, an economic lifeline the impoverished country needs to keep its people from going hungry.

Pyongyang has reported a food crisis tied in part to both inclement weather and trade issues. The agriculture sector is still recovering from storm damage last year, and exports from China tanked by 90% in May from the previous month, according to official statistics from Beijing, though it's unclear why.

Prices of some staple goods are reportedly skyrocketing in Pyongyang. Experts say rice and fuel prices remain relatively stable but imported staples such as sugar, soybean oil and flour prices have gone up. Residents said non-staple items such as a small packet of black tea can sell for around $70, while a packet of coffee can cost more than $100.

Analysts say Kim and the North Korean regime have tacitly accepted the costs of such an extreme plan to keep COVID-19 at bay because the country's leaders recognize how the virus could overwhelm the health care system.

North Korean defectors and aide workers who have volunteered in the country say its hospitals and medical facilities often lack proper equipment and medicine. North Koreans who fled overseas during the 1990s famine shared stories of amputations done without anesthesia or doctors selling medicine to buy food to survive.

North Korea has not yet received any coronavirus vaccines, though it has a longstanding relationship with Gavi, the global vaccine alliance, and is eligible for its Covid-19 vaccine program, Covax. However, countries with more severe outbreaks are likely being prioritized.

Officials from US President Joe Biden's administration said last month the White House is open to sharing vaccines with Pyongyang, but it's unclear how receptive Kim's regime would be.

North Korea is, however, somewhat well placed to prevent the virus from penetrating deep within borders because people inside the country do not enjoy the freedom to move around as they please.

Defectors say average North Koreans are not permitted to travel far from home without government approval, meaning there would be fewer opportunities for the virus to spread from city to city. — CNN

These were the details of the news Kim warns of 'grave consequences' and fires top officials after COVID-19 incident for this day. We hope that we have succeeded by giving you the full details and information. To follow all our news, you can subscribe to the alerts system or to one of our different systems to provide you with all that is new.