Hind Al Soulia - Riyadh - CAIRO — An Ismailia-based Egyptian Economic Court decided Tuesday to approve the request of the Suez Canal Authority (SCA) to lift the precautionary seizure off the Panamanian container ship “Ever Given” to allow it continue its journey to Rotterdam in the Netherlands Wednesday.

The authority explained, in a statement, that it had submitted a request through its lawyer to lift the seizure off the ship, which was approved by the Economic Court, as the ship's captain and crew are scheduled to receive a copy of the court order to be able to complete the journey.

The court’s order lifts the impound order against the giant Ever Given ship that had blocked the Suez canal for nearly a week in March, allowing it to leave the Canal on Wednesday so it can continue its voyage to Rotterdam.

The SCA announced on Sunday that it would sign a settlement agreement on Wednesday with the owner of the Ever Given ship. The ship will be allowed to depart the Suez following the signing of the agreement.

Shoei Kisen, the Japanese owner of the vessel and its insurers said last month they had reached an agreement in principle with the SCA.

The SCA had demanded $916 million in compensation to cover salvage efforts, reputational damage and lost revenue before publicly lowering the request to $550 million.

The giant Ever Given ship will leave the Suez Canal accompanied with two tug boats and the guidance of two transit guides from the SCA.

The ship has been moored at Great Bitter Lake, off the canal, with its captain and crew on board since it was refloated in March.

Hundreds of ships had to wait to pass the blockage or make the longer journey around the Cape of Good Hope, one of Africa’s southernmost points.

The legal dispute became a nationalistic struggle for many Egyptian observers, who lauded the SCA for protecting Egypt’s rights and not budging in its request for compensation.

It ended with no damage to Japanese-Egyptian relations, SCA Chairman Admiral Osama Rabie said on Sunday. He said the authority was keen not to lose Shoei Kisen Kaisha as a client. — Agencies

These were the details of the news Egyptian court rules stranded container ship Ever Given to leave Suez Canal for this day. We hope that we have succeeded by giving you the full details and information. To follow all our news, you can subscribe to the alerts system or to one of our different systems to provide you with all that is new. 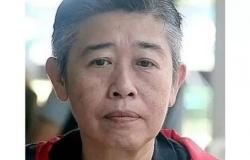 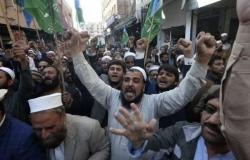 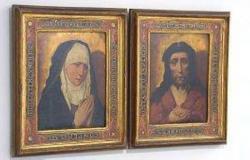