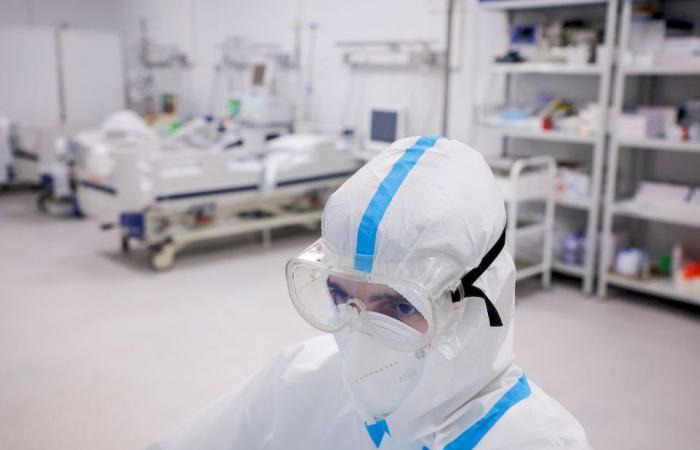 MOSCOW, July 2 — Russia today said it would not impose a new lockdown despite reporting a record number of coronavirus deaths for the fourth day in a row.

A government tally showed 679 pandemic-related deaths in the previous 24 hours, as Russia battles a surging outbreak driven by the highly infectious Delta variant and worsened by a lagging vaccination drive.

Russia, the fifth worst-hit country in the world in terms of total cases, has refused to impose a full lockdown since the first wave of the pandemic last year. It continues to host mass events, including Euro 2020 football fixtures in Saint Petersburg.

The surge in infections prompted President Vladimir Putin again this week to urge Russians to get vaccinated in a televised phone-in session with the nation.

But the Kremlin said today that a new lockdown was off the table.

“Nobody wants any lockdowns, and yes, it is not up for debate,” Putin’s spokesman Dmitry Peskov told reporters.

“It is not being discussed, which is why... we must all be vaccinated as soon as possible.”

Saint Petersburg, Russia’s second city, today recorded 101 deaths, just shy of its record from earlier in the week of 119.

Organisers have said the Euro 2020 Spain vs. Switzerland quarter-final later Friday will go ahead despite the high infection rates, in front of thousands of spectators.

Moscow’s mayor Sergei Sobyanin has said that the Delta variant, which was first identified in India, now accounts for 90 per cent of new cases in the city.

Authorities in the capital have introduced a host of restrictions.

Sobyanin recently ordered offices to send home a third of their workforces, except employees who had been vaccinated, and said 60 per cent of people working in the service industry must be fully inoculated by mid-August.

Moscow’s restaurants have been told to only allow indoors patrons who have been vaccinated or infected in the past six months.

The Kremlin had set a goal of fully inoculating 60 per cent of Russia’s population by September, but conceded earlier this week that it would not be able to meet that target, even though free jabs have been available since early December.

And even as authorities struggle get the vaccine-sceptical population to clinics, they are now pushing those previously jabbed to do so again.

Sobyanin this week urged Muscovites inoculated more than six months ago to get a booster jab with the country’s homegrown Sputnik V vaccine or the one-dose Sputnik Light.

Russia, with 136,565 deaths from the virus, has the highest official toll from Covid-19 in Europe — even as authorities have been accused of downplaying the severity of the country’s outbreak.

Under a broader definition for deaths linked to the coronavirus, statistics agency Rosstat at the end of April said that Russia has seen at least 270,000 fatalities. — AFP

These were the details of the news Russia rejects new lockdown despite record Covid-19 deaths for this day. We hope that we have succeeded by giving you the full details and information. To follow all our news, you can subscribe to the alerts system or to one of our different systems to provide you with all that is new.