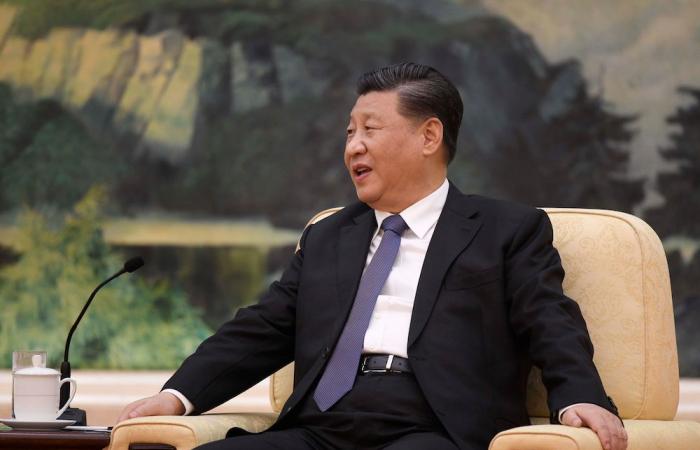 BEIJING, June 30 — China will mark the centenary of the founding of its ruling Communist Party tomorrow with pomp, spectacle, and what state media described as an “important” speech by President Xi Jinping in Beijing’s Tiananmen Square.

Xi, China’s most powerful leader since Mao Zedong, and the party are riding high as the country recovers briskly from the Covid-19 outbreak and takes a more assertive stand on the global stage.

State media has revealed little about the event amid heightened security and secrecy in the Chinese capital, but a flyby of fighter jets and helicopters is expected. Party elders and retired leaders typically appear on major occasions.

Over the past 100 years, the party has “written a splendid chapter in the history of the Chinese nation’s development and that of humanity’s progress”, Xi said yesterday in a ceremony honouring exemplary party members.

Since coming to power as general secretary of the party in late 2012 and president in March 2013, Xi has cracked down on corruption that eroded the party’s moral authority, and cemented himself as China’s most powerful leader since Mao with the abolition of presidential term limits.

The party’s ranks swelled by 2.43 million members in 2020, the biggest annual increase since Xi became president, and now has 95.15 million members, data released on Wednesday showed.

While the party initially recruited peasants and workers, it has evolved to embrace markets and entrepreneurship under what is known as “socialism with Chinese characteristics”, while retaining a Leninist model of authoritarianism.

As the party has strengthened under Xi and the room for public dissent has narrowed, public discourse has become increasingly nationalistic, with many Chinese expressing pride in the country’s achievements, crediting the leadership of Xi and the party.

To be sure, China faces challenges, including backlash from the West over its actions in Hong Kong, Xinjiang and the South China Sea and its pressure on Taiwan, as well as a worsening domestic demographic outlook that threatens its economic growth.

Beijing also remains under global pressure over a lack of transparency in its early handling of the Covid-19 outbreak, first detected in the central city of Wuhan.

Fu Yangen, a Beijing resident, gave a resounding “Yes!” when asked if she would like the party to stay in power for another 100 years.

“It has enabled us ordinary people to achieve happiness in our lives,” said Fu, 27, as she posed for photos in front of large anniversary-themed flower arrangements along Changan Avenue, the city’s main thoroughfare.

Despite the party’s achievements, not everyone appreciates its pervasive presence.

“I recently came to realise that everything we see and the education we receive is related to the party, and has subtly transformed the state of our lives,” said a 21-year-old undergraduate surnamed Liu.

In Hong Kong, the city’s No. 2 official, John Lee, will attend a flag-raising ceremony tomorrow to mark the 24th anniversary of the former British colony’s return to Chinese rule. It has also been a year since Beijing dramatically tightened its grip on the territory with a new National Security Law.

Chief Executive Carrie Lam and other officials were invited to Beijing to celebrate the Communist Party centenary.

Hong Kong’s traditional July 1 protests, against targets ranging from Beijing to unaffordable housing, are unlikely to gain much traction this year after police denied permission for a rally, citing coronavirus restrictions, with local media reporting police will deploy some 10,000 officers on the streets.

These were the details of the news China’s Communist Party to celebrate 100th birthday in show of pomp and power for this day. We hope that we have succeeded by giving you the full details and information. To follow all our news, you can subscribe to the alerts system or to one of our different systems to provide you with all that is new.