Bahrain king meets with new commander of US Fifth Fleet 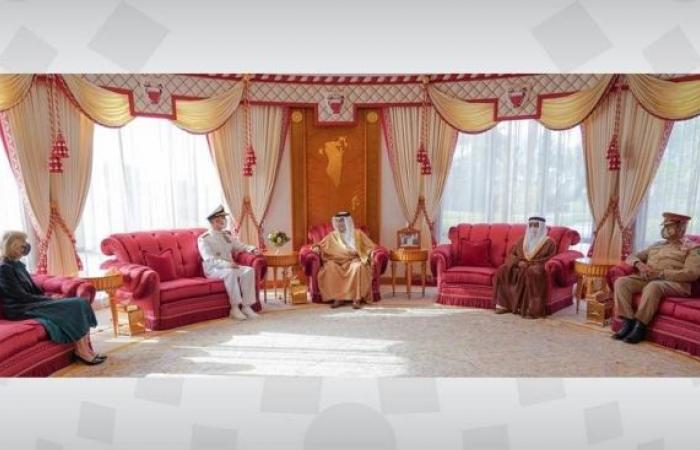 King Hamad welcomed them and congratulated Vice Admiral Charles Bradley Cooper on assuming his new post, wishing him every success. He lauded deep-rooted historical relations of friendship and cooperation between the United States and Bahrain which are based on mutual respect and joint coordination.

The Bahraini king commended growing bilateral cooperation, mainly in the military and defense field, praising the pivotal role of the US administration in maintaining security and stability in the region.

Vice Admiral Charles Bradly Cooper lauded the efforts of the king to further consolidate historical and distinguished relations between the two friendly countries mainly in the defense fields.

These were the details of the news Bahrain king meets with new commander of US Fifth Fleet for this day. We hope that we have succeeded by giving you the full details and information. To follow all our news, you can subscribe to the alerts system or to one of our different systems to provide you with all that is new.