Lebanese acting FM steps down over remarks on Gulf Arabs, IS 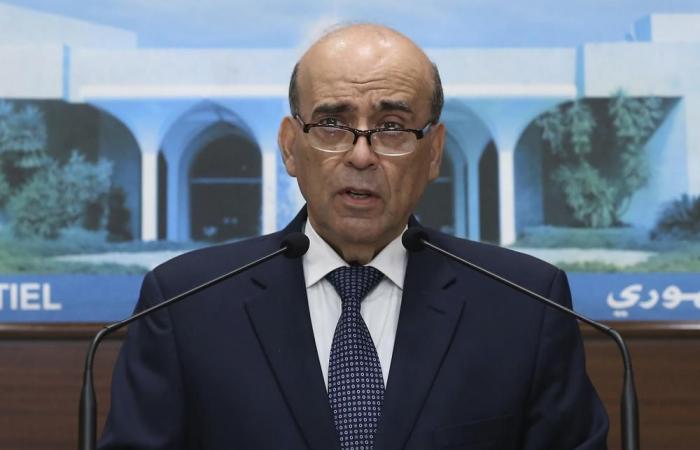 You are now following the details of the Lebanese acting FM steps down over remarks on Gulf Arabs, IS news and now we leave you with the details

Mohamed Nass - Cairo - BEIRUT (AP) — Lebanon’s acting foreign minister stepped down on Wednesday amid a diplomatic row with Gulf Arab countries after he suggested in a TV interview this week that they had provided backing to extremists, helping the rise of the Islamic State group.

Saudi Arabia, the United Arab Emirates and Kuwait summoned Lebanese ambassadors in their capitals to protest Charbel Wehbe’s remarks during an interview with Alhurra news channel. They accuse Wehbe of violating diplomatic norms and making derogatory and racist statements.

In the interview late Monday, Wehbe said that “friendship and brotherhood countries” brought Islamic State militants to Syria, Iraq and Lebanon. When asked if he meant that Gulf countries financed IS, he retorted sharply: “Financed by me then?”

When a Saudi commentator interviewed along with Wehbe criticized Lebanon’s president, the minister became agitated, saying that as a Lebanese, he couldn’t accept being insulted by a “Bedouin” — a term he used derogatorily to describe Gulf Arab nationals. He walked out of the studio but returned to finish the interview.

Saudi Arabia is locked in a regional struggle with Shiite power Iran, the main ally of Lebanon’s militant Hezbollah group. Riyadh and other GCC countries have imposed sanctions on Hezbollah.

Wehbe said in a brief statement Wednesday that he had met with President Michel Aoun and asked him to relieve him of his duties, “out of concern that these comments be used to defame Lebanon and the Lebanese.” It is not clear if a replacement would be named.

Wehbe, whose comments were ridiculed on social media, offered an apology, saying he made the comments while irate over offensive accusations against his president.

These were the details of the news Lebanese acting FM steps down over remarks on Gulf Arabs, IS for this day. We hope that we have succeeded by giving you the full details and information. To follow all our news, you can subscribe to the alerts system or to one of our different systems to provide you with all that is new.