In Michigan, Arab Americans courted by Biden angered by his Gaza policy 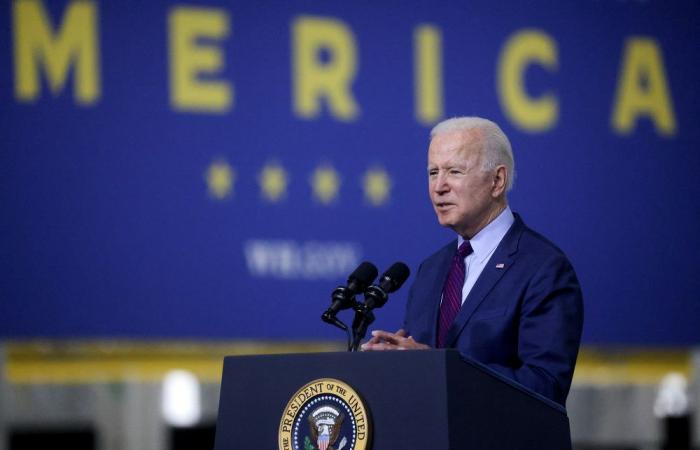 Hello and welcome to the details of In Michigan, Arab Americans courted by Biden angered by his Gaza policy and now with the details

DEARBORN (US), May 19 — When Joe Biden returned yesterday to one of the battleground states that handed him the presidential election, he was met with rage over how his administration has handled the sudden escalation of violence in the Middle East.

Biden, on a visit to a Ford Motor Co facility in Dearborn, Michigan, to promote electric vehicles, faced protest over his administration’s approach to Israel as it attacks Gaza in response to rockets launched by Palestinians there eight days ago.

At a rally in Dearborn, the heart of Michigan’s Arab-American community, over 1,000 people gathered a few miles away from Biden’s event and booed at mentions of the Democratic president’s name.

Israeli air strikes have pounded densely populated Gaza day and night since the conflict flared on May 10, while residents in Israeli cities race for shelters or safe rooms, if they have them, every few hours or minutes to flee Palestinian rockets.

Biden has privately pressed for a ceasefire in the more than week-long conflict between Israel and Hamas, the Islamist group in the Palestinian territories. His aides have said they are aggressively pursuing behind-the-scenes diplomacy to bring the conflict to an end.

That is not enough for some Democrats, who want Biden to denounce the disproportionate casualties suffered in the Palestinian territories during the conflict and to reconsider the weapons and other assistance it provides Israel, Washington’s closest ally in the turbulent region.

“He should not be supporting them,” said Dawood Ali, 21, at the demonstration.

Ali, who voted for Biden, said he regrets doing so.

Speakers on the stage shared similar sentiments, saying they felt courted — and then disrespected — by Biden.

Reuters/Ipsos polling showed that Biden won Muslim voters by 8 percentage points in his 2020 race against Republican President Donald Trump, who had been a stalwart defender of Israeli Prime Minister Benjamin Netanyahu on all fronts.

Turnout among those voters in Michigan rose 6 percentage points to 71 per cent in 2020 from 65 per cent in the 2016 presidential race, according to Emgage, a Muslim-American voting group.

Biden’s presidential campaign eagerly sought their support, given their sizeable numbers in swing states, like Michigan, which are closely divided between Democrats and Republicans.

In recent days, the administration has worked to tamp down outrage in Arab-American and Muslim communities over its handling of the crisis.

Over the weekend, the White House scrapped its original lighthearted plan for an event celebrating the Muslim Eid holiday and instead offered somber wishes for peace and an update on the administration’s diplomatic efforts.

“Palestinians and Israelis equally deserve to live in safety and security and enjoy equal measure of freedom, prosperity and democracy,” Biden said at the event, which was boycotted by several Muslim groups.

On his trip to Michigan, Biden was met by US Representative Rashida Tlaib, the first Palestinian-American woman to serve in Congress and a leading voice in the progressive wing of the Democratic Party.

She told the president that “Palestinian human rights are not a bargaining chip and must be protected, not negotiated,” according to an account provided by a Tlaib ally.

“I pray that your grandmom and family are well,” Biden said to Tlaib at a public event later. “I promise you, I’m going to do everything to see that they are, on the West Bank. You’re a fighter, and God, thank you for being a fighter.” — Reuters

These were the details of the news In Michigan, Arab Americans courted by Biden angered by his Gaza policy for this day. We hope that we have succeeded by giving you the full details and information. To follow all our news, you can subscribe to the alerts system or to one of our different systems to provide you with all that is new.