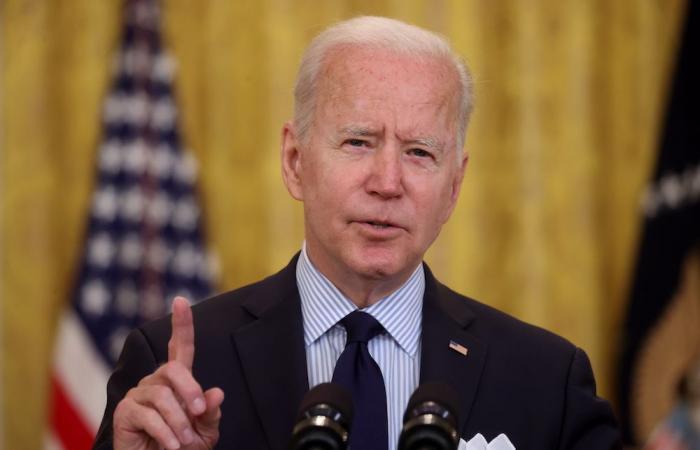 Hello and welcome to the details of Biden releases tax return, restoring tradition Trump broke and now with the details

WASHINGTON, May 18 — President Joe Biden and his wife Jill earned just over US$600,000 (RM2.4 million) last year, their tax return showed yesterday, though the real news was that the document got released at all.

Presidents have traditionally made public their annual tax returns, which detail sources of income and taxes paid, in the name of transparency.

Donald Trump famously broke with this, refusing during his one-term presidency to come clean about his finances or the true state of his property and branding empire.

In their joint tax return for 2020, Biden and his wife Jill, a community college professor, reported federal adjusted gross income of US$607,336.

Biden’s number two, Vice President Kamala Harris, is several rungs above him on the financial ladder.

Emhoff was a high-profile entertainment industry lawyer and took a leave of absence from his firm when Harris was named Biden’s running mate.

The tax returns confirm one thing: both the first and second families could be paying more in taxes if Biden gets his massive American Families Plan education and social spending package passed by Congress.

Under current proposals, the plan would be funded in part by raising the tax top rate for the most wealthy Americans. Those earning less than US$400,000 a year, Biden says, would see no increase. — AFP

These were the details of the news Biden releases tax return, restoring tradition Trump broke for this day. We hope that we have succeeded by giving you the full details and information. To follow all our news, you can subscribe to the alerts system or to one of our different systems to provide you with all that is new.

PREV Oman faces shortage of hospital beds amid surge in new coronavirus cases
NEXT Ahead of summit, Putin denies Russia cyberattacks on US