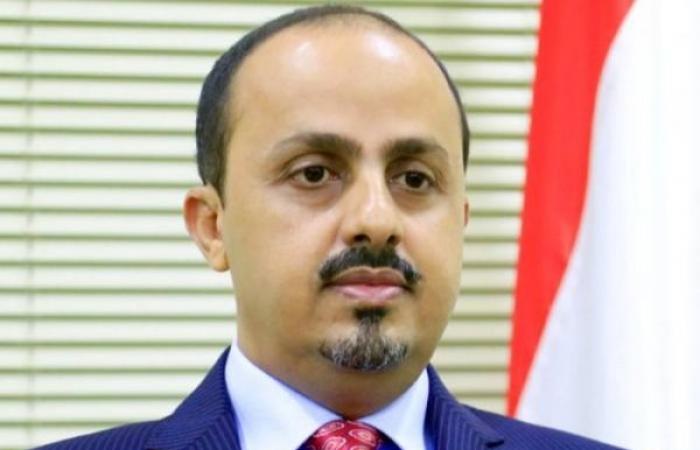 We show you our most important and recent visitors news details Terrorist practices of Houthis part of deliberate starvation policies against citizens: Al-Eryani in the following article

Hind Al Soulia - Riyadh - MARIB, Yemen, — Yemeni Minister of Information, Culture and Tourism Muammar Al-Eryani confirmed that the practices of the Iranian-backed terrorist Houthi militia are part of policies of impoverishment and deliberate starvation of the rights of citizens in their controlled areas.

In a statement to the state-run Yemeni News Agency (Saba), Al-Eryani said that the leader of the Houthi militia directed his militia to spend hundreds of millions of riyals exclusively for his followers in Saada governorate.

While millions of citizens in the usurped capital and the rest of the areas under his control are dying of poverty and starvation, the world's biggest humanitarian tragedy according to UN reports.

Al-Eryani stated out that the terrorist Houthi militia directed the billions plundered from the state treasury, revenues, sustenance and savings of citizens in favor of unjustified war, escalating it against Yemenis, financing its terrorist activities and implementing Iran's subversive policies to harm the security and stability of the region and threaten international interests. — SPA

These were the details of the news Terrorist practices of Houthis part of deliberate starvation policies against citizens: Al-Eryani for this day. We hope that we have succeeded by giving you the full details and information. To follow all our news, you can subscribe to the alerts system or to one of our different systems to provide you with all that is new.