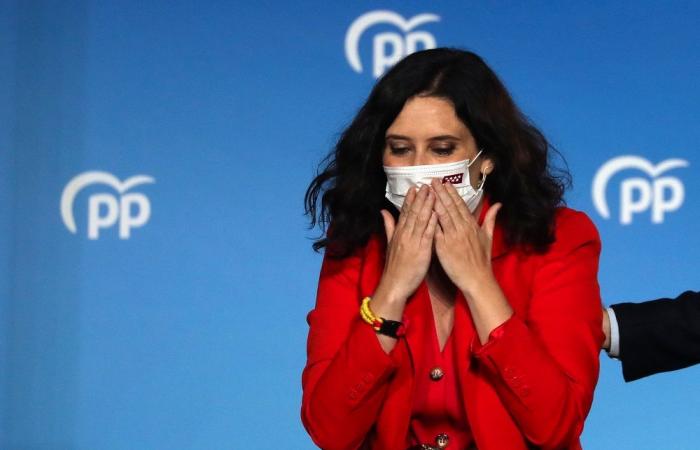 MADRID, May 5 — Madrid’s conservative regional leader won a landslide re-election yesterday, propelled to victory by her refusal to close down bars and shops during the Covid-19 pandemic.

“Freedom” was Ayuso’s campaign motto, as she banked on her loose Covid strategy to appeal to voters tired of restrictions imposed to fight the pandemic.

Critics accuse Ayuso of neglecting health services while looking after business. But she won the support of many Madrid residents by refusing to close bars and restaurants to help curb the pandemic.

The Madrid region, home to seven million of Spain’s 47 million people, recorded 343 Covid-19 cases per 100,000 in the last 14 days yesterday against a national average of 213. Occupancy of intensive-care units is the highest in Spain, at 44 per cent.

Ayuso fell just shy of winning enough seats to rule the region without support from any other party, according to preliminary results with 92 per cent of votes accounted for, which showed her obtaining 65 seats, from 30 in 2019. Final results are expected later in the evening.

The PP has controlled the capital region for the past 26 years and the convincing win could give it impetus at a national level. In the national parliament, PP is the second-biggest party after the ruling Socialists.

The far-right Vox party, which went from 12 seats to around 13, according to the preliminary results, said it would back Ayuso in the 136-seat regional assembly.

“During the next two years our votes will be decisive for everything,” regional leader Rocio Monasterio told supporters.

Vox was already backing the outgoing coalition between PP and the centre-right Ciudadanos. Monasterio did not say if she would this time demand that her party be part of the regional government.

Ciudadanos collapsed, winning no seats at all, compared with the 26 it achieved two years ago, according to the preliminary results.

Official results kept trickling in and confirmation of the winner should come in the next few hours.

The Socialists of Prime Minister Pedro Sanchez went from 37 seats to 24, according to the preliminary results, not enough to allow them and other left-wing parties to challenge Ayuso.

Unlike in other elections in the Covid era in recent months, turnout was high, at around 74 per cent, well up from 64 per cent in 2019. — Reuters

These were the details of the news Covid-19 lockdown rebel wins Madrid regional election for this day. We hope that we have succeeded by giving you the full details and information. To follow all our news, you can subscribe to the alerts system or to one of our different systems to provide you with all that is new.