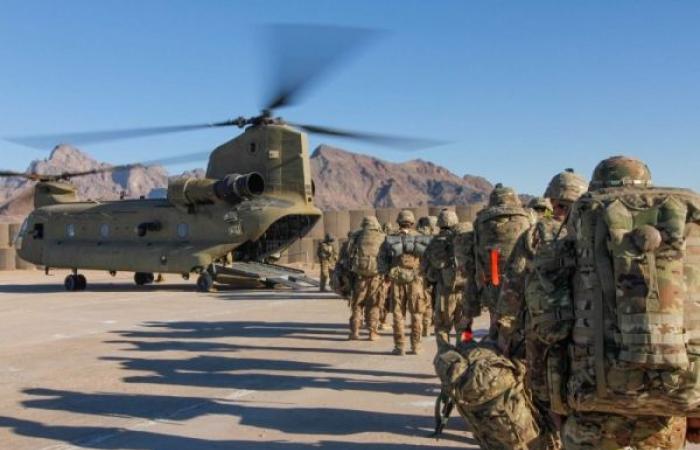 Hind Al Soulia - Riyadh - KABUL — The US military withdrawal from Afghanistan is now formally underway, according to the White House and several US defense officials.

"A drawdown is underway," White House deputy press secretary Karine Jean-Pierre told reporters aboard Air Force One Thursday. "While these actions will initially result in increased forces levels, we remain committed to having all of US military personnel out of Afghanistan by Sept. 11, 2020."

Fewer than 100 troops, along with military equipment, have been moved largely by aircraft to execute President Joe Biden's order to begin the withdrawal process no later than May 1, according to several US defense officials.

In addition, contractors and US government workers are also departing the country, the officials said. The Pentagon has said it is concerned about personnel coming under attack from the Taliban as they depart so it's not clear if it will disclose all the details of the departure process, which is due to be completed by Sept. 11.

There have been about 2,500 US troops in Afghanistan that are openly acknowledged, plus several hundred additional special operations forces. All of them will depart under the President's orders.

A NATO official told CNN that NATO allies have also begun withdrawing troops and that they plan to have their exit "completed within a few months." The official said they "will not go into operational details, including troop numbers or timelines for individual nations" to ensure their troops' safety and that "any Taliban attacks during the withdrawal will be met with a forceful response."

Biden announced his decision earlier this month to end America's longest war, saying that the US "went to war with clear goals" and has "achieved those objectives." The deadline the President has set for troops to withdraw is absolute, with no potential for an extension based on worsening conditions on the ground.

"The president's intent is clear, the US military departure from Afghanistan will not be rushed. ... It will be delivered and conducted in a safe and responsible manner that ensures the protection of our forces," Jean-Pierre added.

While Biden argued that the decades-long conflict no longer aligns with American priorities, lawmakers from both parties have expressed concerns that the US withdrawal will lead to a Taliban resurgence, reverse gains made by Afghan women and civil society, and endanger American hostages in the country and Afghans who worked with US forces.

In his first address to a joint session of Congress Wednesday night, Biden argued that "war in Afghanistan was never meant to be a multi-generational undertaking of nation-building."

"We went to Afghanistan to get terrorists — the terrorists who attacked us on 9/11 — and we said we would follow Osama bin Laden to the gates of hell to do it. ... And we delivered justice to bin Laden. We degraded the terrorist threat of Al-Qaeda in Afghanistan. And after 20 years of value — valor and sacrifice, it's time to bring those troops home," the president said. — CNN

These were the details of the news US troop withdrawal from Afghanistan formally begins for this day. We hope that we have succeeded by giving you the full details and information. To follow all our news, you can subscribe to the alerts system or to one of our different systems to provide you with all that is new.