Navalny to be transferred to hospital, Russian penitentiary service announces 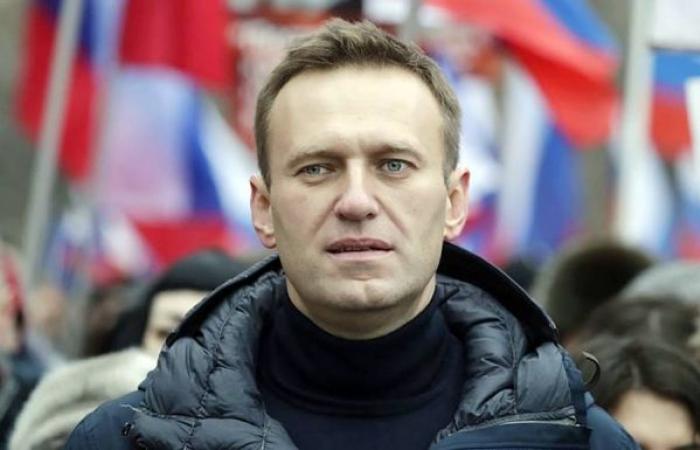 We show you our most important and recent visitors news details Navalny to be transferred to hospital, Russian penitentiary service announces in the following article

Hind Al Soulia - Riyadh - MOSCOW — Jailed Kremlin critic Alexei Navalny is to be transferred to a hospital, the Russian penitentiary service (FSIN) announced on Monday. They added that his health condition is "satisfactory" and said that Navalny, on his third week of hunger strike, has accepted to take vitamin supplements.

His supporters have dismissed his transfer to a hospital for convicts in another penal colony as a ploy intended to lower turnout at pro-Navalny protests scheduled for Wednesday.

It comes a day after senior figures in France, Germany and the US have warned that Russia could face additional sanctions if Navalny's health deteriorated any further.

Navalny's personal physicians sounded the alarm on Saturday over the opposition leader's physical state of health. The jailed opposition leader, they said, had lost 50kg in less than three weeks after going on hunger strike and is in danger of going into cardiac arrest.

On Sunday French foreign minister Jean-Yves Le Drian told France 3 that the situation was "extremely worrying", adding that he believed the EU could agree on more sanctions against Russia.

"I consider that Russia is responsible for Navalny's health," he said. "It must assume this responsibility, and I hope that measures will be taken to ensure not only Navalny's physical integrity but also his release. There is no reason for him to be imprisoned."

In an interview with the newspaper Bild on Sunday, his German counterpart, Heiko Maas, also said that Berlin had "urgently" demanded that Moscow provide Navalny with "adequate medical treatment".

EU foreign ministers are to discuss the issue during their virtual conference on Monday. Meanwhile, White House National Security Advisor Jake Sullivan has warned of "consequences" if Navalny dies in jail during an interview with CNN.

"We have communicated to the Russian government that what happens to Navalny in their custody is their responsibility and they will be held accountable by the international community," he said.

"In terms of specific measures that we would undertake, we are looking at a variety of different costs that we would impose. I'm not going to telegraph that publicly at this point, but we have communicated that there will be consequences if Navalny dies."

'No time to lose'

Navalny's doctors issued a stark warning on social media on Saturday after receiving blood tests that they said indicated the jailed dissident "could die at any minute."

The 44-year-old was arrested in January upon his return to Russia from a five-month convalescence in Germany, after being poisoned with what Western laboratories confirmed to be a Soviet-era nerve agent.

He was sentenced by a Moscow court to two and a half years in jail for violating the terms of a previous, suspended sentence for a 2014 embezzlement case while he was recovering in Berlin.

Navalny went on hunger strike last month over the authorities' refusal to allow his personal doctors to visit him in prison, after he began experiencing severe back pain and a loss of feeling in his leg: symptoms he suspects are linked to the poisoning.

For its part, the Kremlin has denied any involvement in the Novichok attack on Navalny and tried to cast doubt on the Western laboratory results.

The Russian penitentiary service has also said Navalny is receiving adequate care, while the country's ambassador to the UK, Andrei Kelin, told the BBC on Sunday that Navalny "will not be allowed to die in prison."

"He has got medical treatment and believe me, we will be able to take care of his medical treatment," he said, adding that the dissident's calls for medical assistance aimed to "attract attention." — Euronews

These were the details of the news Navalny to be transferred to hospital, Russian penitentiary service announces for this day. We hope that we have succeeded by giving you the full details and information. To follow all our news, you can subscribe to the alerts system or to one of our different systems to provide you with all that is new.