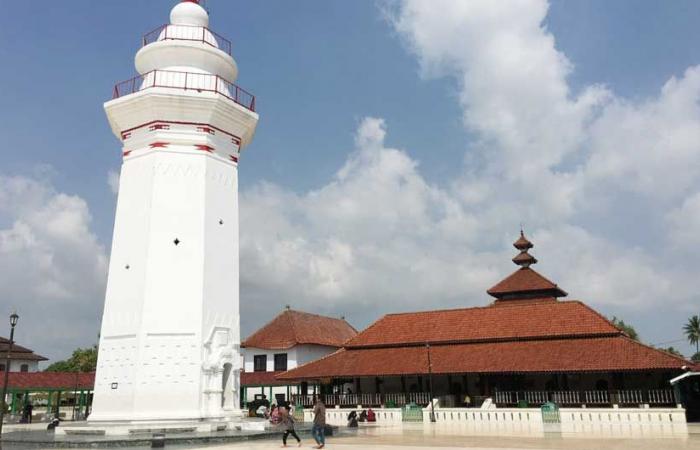 Jeddah - Yasmine El Tohamy - SERANG, Indonesia: Muslims around the world observe Ramadan by reciting the Qur’an as often as possible.

But in the Indonesian province of Banten, worshippers take the custom to a different level by following an age-old tradition of reading the Qur’an non-stop from the end of evening Taraweeh prayers until sahoor, the pre-dawn meal after which fasting begins.

Known as miqran, the ritual is observed in many parts of the westernmost province of the island of Java.

It is believed to have originated in Serang, the provincial capital and a port city that used to be the seat of the Sultanate of Banten, founded in the 16th century by Sunan Gunungjati — one of the Muslim missionaries who introduced Islam to Java.

The word miqran, also spelled mikran, is believed to be Arabic and the first verse of the Qur’an was revealed to the Prophet Muhammad with the word iqra (meaning, to read).

“In old times, the sound of the Qur’an recital from the mosque was used by the community to measure the time left for sahoor. As long as there is a sound of miqran, that means there is still time to take the meal,” Tubagus Ahmad Faisal Abbas, a descendant of Sultan Maulana Hasanuddin, the second ruler of the Sultanate, told Arab News during a recent visit to the Grand Mosque of Banten.

Abbas and his extended family members are in charge of the two-hectare waqf land of the 16th-century mosque and the mosque’s management board auditions young men wishing to take part in the miqran recital.

It is unclear when the tradition started, but Abbas and his cousin Tubagus Ainnuddin, who runs the mosque’s daily operations, said that miqran had been observed for generations.

Mosques in the region would choose eight to 16 people to take turns reciting the Qur’an throughout the night and the ritual presents a chance for youth to show their skills and fluency in the rules of Qur’anic recitation.

Lukmanul Hakim, head of the Banten office of the Ministry of Religious Affairs, told Arab News that according to another version, during modern times when mosques began using microphones, locals had coined the word miqran from mic and Qur’an, since those reciting the holy scripture would use loudspeakers to make it heard in the neighborhood.

“As far as I know, the tradition has been there since I was little,” said Hakim, 47. “The tradition in a way encourages those who take part in miqran to finish reciting the Qur’an during the holy month, and some people would be able to complete their recital up to three or four times during Ramadan.

“It’s a good deed that any Muslim would want to be able to do during this blessed month,” he added.

These were the details of the news Indonesian province remains true to Ramadan tradition with night-long Qur’an recitations for this day. We hope that we have succeeded by giving you the full details and information. To follow all our news, you can subscribe to the alerts system or to one of our different systems to provide you with all that is new.