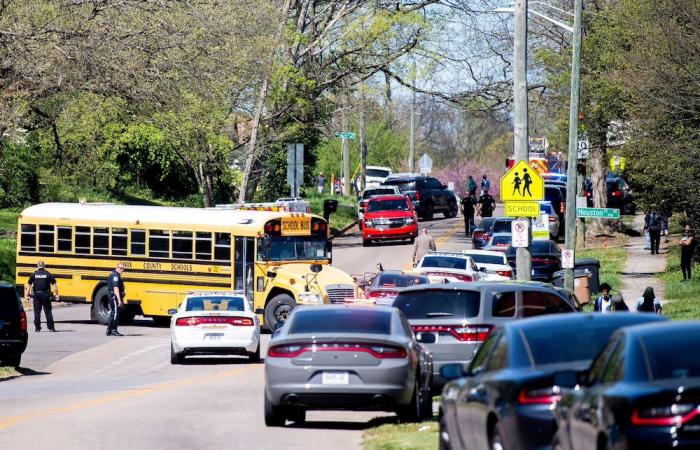 Hello and welcome to the details of Student killed in Tennessee school shooting was the suspect, says police and now with the details

WASHINGTON, April 13 — The person who died after being shot at a high school in the US state of Tennessee was a student who started a shoot-out with police, according to federal law enforcement.

They found the gunman in a restroom and went in when he refused to come out, according to a statement from the Tennessee Bureau of Investigation.

“The subject was pronounced dead at the scene and has since been identified as a student. The officer who was shot was transported to a local hospital for treatment.”

Knoxville Mayor Indya Kincannon visited the wounded officer in hospital shortly after the shooting and told reporters outside that he was conscious and in good spirits.

“He’s going to be okay. And I thanked him for putting his life on the line to protect the students and staff at the school,” said the mayor.

“And he said he’d rather that he be hurt than anybody else, and is in very good spirits and looking forward to the successful surgery.”

The United States has been plagued by school shootings since the massacre at Columbine, in the state of Colorado, in April 1999.

Biden branded gun violence an “epidemic” and an “international embarrassment” during his April 8 speech. — AFP

These were the details of the news Student killed in Tennessee school shooting was the suspect, says police for this day. We hope that we have succeeded by giving you the full details and information. To follow all our news, you can subscribe to the alerts system or to one of our different systems to provide you with all that is new.