New start for Paris mosque shut down after teacher’s murder 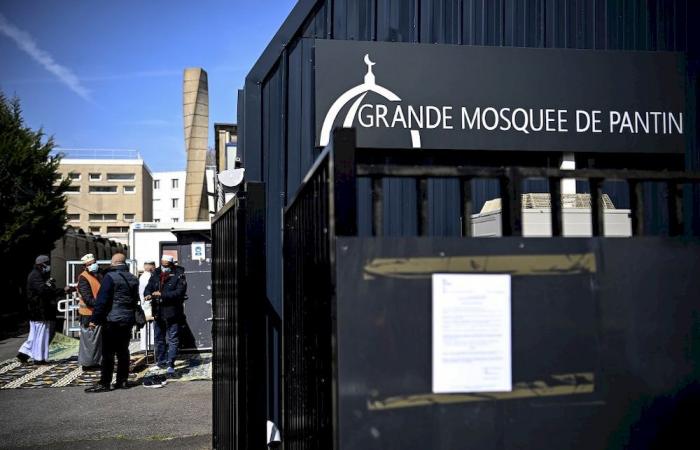 PARIS, April 9 — A Paris mosque that became a focal point in the controversy over the place of Islam in France reopened today after a six-month closure following a clampdown on Islamist radicals sparked by the beheading of a teacher last October.

Some 200 worshippers returned for Friday prayers at the 1,300-person capacity mosque in Pantin on the northern outskirts of Paris, an AFP correspondent said.

Samuel Paty, 47, was attacked on his way home from a junior high school northwest of the capital where he taught history and geography, after showing his pupils cartoons of the Prophet Mohammed.

French police launched a series of raids targeting Islamist networks mainly in the Paris region after Paty’s gruesome murder and ordered the shutdown of the Pantin mosque, which has some 1,500 worshippers.

The mosque in the densely-populated Seine-Saint-Denis suburb northeast of Paris had shared a video on its Facebook page, days before Paty’s death, railing against the teacher’s choice of material for a class discussion on freedom of expression.

A fierce online campaign against Paty and the school preceded the murder, led by the father of a schoolgirl who accused the teacher of disseminating “pornography” for showing a cartoon of the Prophet naked.

Interior Minister Gerald Darmanin conditioned the mosque’s reopening on the departure of both the director and the iman.

The iman, who trained in Yemen and is suspected of being close to a radical Islamist movement, quickly resigned following Paty’s murder.

After initially refusing to step down, director M’hammed Henniche ended up agreeing so that a million-euro building project intended to replace the current mosque might go ahead.

Henniche — a 50-year-old entrepreneur who has rubbed shoulders with high-profile politicians including former French president Nicolas Sarkozy — called sharing the video “a blunder” and apologised.

He has not been the target of any legal proceedings.

“It is an injustice repaired, there is only joy”, Ismael Toure, a volunteer at the mosque, told AFP.

“The closing of our mosque was just to make an example. Otherwise what did the Pantin mosque have to do with the teacher’s murder?” he asked.

France’s parliament is examining draft legislation to battle Islamist extremism which includes expanding motives for closing places of worship. In early March Darmanin said 89 mosques were due to be inspected.

“It’s a good thing that the mosque can reopen. The director made an inexcusable mistake in sharing this video. But punishing all the worshippers was unfair,” said the Socialist local mayor Bertrand Kern. — AFP

These were the details of the news New start for Paris mosque shut down after teacher’s murder for this day. We hope that we have succeeded by giving you the full details and information. To follow all our news, you can subscribe to the alerts system or to one of our different systems to provide you with all that is new.