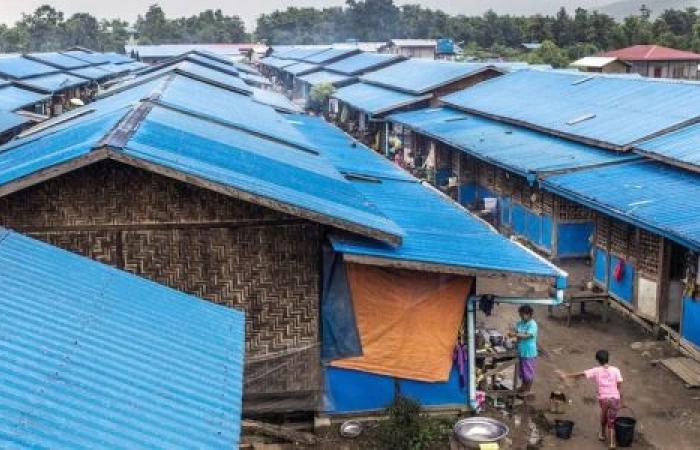 We show you our most important and recent visitors news details Clashes in Myanmar displace thousands, UN office reports in the following article

Hind Al Soulia - Riyadh - GENEVA — Clashes between the Myanmar security forces and regional armed groups, which have involved military airstrikes, have reportedly claimed the lives of at least 17 civilians in several parts of the country, the UN Office for Coordination of Humanitarian Affairs (OCHA) said on Wednesday.

In a humanitarian update, issued on Tuesday, the office also noted unconfirmed reports of several thousand people fleeing the hostilities in recent days in the Kayin and Bago regions, in central Myanmar, near Yangon. A medical clinic is also reported to have been damaged in gunfire in a township in Mon state, also in the central part of the country.

An estimated 7,100 civilians are now internally displaced in the two regions due to indiscriminative attacks by the Myanmar Armed Forces (MAF), and the Karen National Union (KNU), as well as growing insecurity since December 2020, according to the update.

“UNHCR [the UN refugee agency] is engaging with partners on the ground to explore possibilities to deliver critical humanitarian assistance and support to the displaced. A further 3,848 people in Kayin State have crossed the border to Thailand since 27 March, due to fears of further hostilities in the area,” OCHA said.

The majority are believed to have returned to Myanmar with Thai authorities saying that 1,167 remain in Thailand as of 1 April, the office added.

‘Deep concern’ over continued impact of the crisis

The UN human rights office (OHCHR) has received credible reports of at least 568 women, children and men, have been killed since the military coup on Feb. 1, though there are fears that total is likely much higher.

Concerns have also been raised over the impact on Myanmar’s health and education systems, as well as the long-term effects of the violence on children.

The longer the current situation of widespread violence continuous, the more it will contribute to a continuous state of distress and toxic stress for children, which can have a lifelong impact on their mental and physical health, senior UN officials warned last week.

Since Feb, 1, there have been at least 28 attacks against hospitals and health personnel and seven attacks against schools and school personnel, UN spokesperson Stéphane Dujarric told reporters at a press briefing at the UN Headquarters, in New York, on Tuesday.

“Attacks against health volunteers and against ambulances are preventing life-saving help from reaching civilians wounded by security forces,” he added.

UN agencies have also reported reported sharp increases in food and fuel prices in many parts of Myanmar, on the back of supply chain and market disruptions.

Humanitarians worry that if the price trends continue, they will “severely undermine” the ability of the poorest and most vulnerable to put enough food on the family table. — UN News

These were the details of the news Clashes in Myanmar displace thousands, UN office reports for this day. We hope that we have succeeded by giving you the full details and information. To follow all our news, you can subscribe to the alerts system or to one of our different systems to provide you with all that is new.