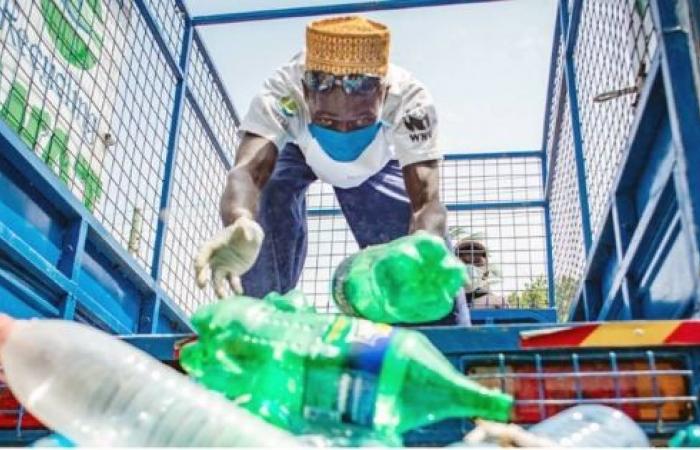 We show you our most important and recent visitors news details Plastic pollution disproportionately hitting marginalized groups: UN report in the following article

Hind Al Soulia - Riyadh - GENEVA — Vulnerable communities disproportionately bear the brunt of environmental degradation caused by plastics pollution, and action is urgently needed to address the issue and restore access to human rights, health and well-being, according to a new UN report published on Tuesday.

The report, entitled, Neglected: Environmental Justice Impacts of Plastic Pollution, was produced by the UN Environment Program (UNEP) together with the grassroots environmental group, Azul. The findings aim to empower communities affected by plastic waste and advocate for their inclusion in local decision making.

“Environmental justice means educating those on the frontlines of plastic pollution about its risks, including them in decisions about its production, use, and disposal, and ensuring their access to a credible judicial system,” said Inger Andersen, UNEP executive director.

The report showcases how environmental injustices are linked to plastic production, in areas such as deforestation for road building, the displacement of indigenous peoples to conduct oil drilling, as well as contamination of potable water by fracking operations to extract natural gas, in countries such as the United States and Sudan.

Moreover, the report warns of health problems among African-American communities living near oil refineries in the Gulf of Mexico, and the occupational risks faced by some two million waste pickers in India.

The impacts of plastics on marginalized populations are severe, and exist at all stages of the production cycle, from extracting raw materials and manufacturing, through to consumption and disposal, according to the report.

Plastic waste not only endangers the livelihoods of those relying on marine resources, it also causes a raft of health issues for people who consume seafood infested with toxic micro and nano plastics.

Women, in particular, suffer from plastic-related toxicity risk, due to higher aggregate exposure to plastics at home and even in feminine care products.

Aggravated by the COVID-19 pandemic, plastic waste has become a major part of the global pollution crisis, along with biodiversity loss and climate change, representing a triple emergency that must be tackled by strong and effective action plans, says UNEP.

The report calls for governments to prioritize the needs of those disproportionately affected by plastic pollution, underscoring that action must be taken at multiple levels.

It calls for an expansion in plastic waste monitoring, better studies into its health impacts, and more investment in waste management. Governments should further enforce bans on single-use plastics and encourage their reduction, recycling and reuse.

Other actors such as business and industry leaders, non-governmental actors, and consumers should also make efforts to reverse the situations for those who are socially, economically, politically marginalized. — UN News

These were the details of the news Plastic pollution disproportionately hitting marginalized groups: UN report for this day. We hope that we have succeeded by giving you the full details and information. To follow all our news, you can subscribe to the alerts system or to one of our different systems to provide you with all that is new.