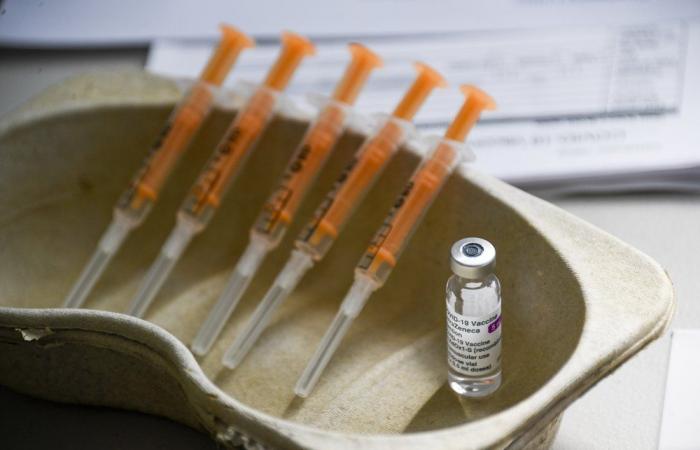 Mohamed Nass - Cairo - LONDON (AP) — AstraZeneca’s release Monday of encouraging data about its coronavirus vaccine from its U.S. trial raised hopes that the drug company could bury doubts about the shot and put a troubled rollout behind it. But hours later, U.S. officials issued an unusual statement expressing concerns the company had included “outdated information” from its study and that it may have provided “an incomplete view of the efficacy data.”

A company spokesman said Tuesday it was “looking into it.”

Even before this latest stumble, AstraZeneca had made missteps in reporting data and faced a blood clot scare. Health officials worried that those past issues could cause lasting harm to the shot that is key to global efforts to stop the pandemic and undermine vaccine confidence more broadly.

“The way they handled their data early on, AstraZeneca basically shot themselves in the foot,” Julian Tang, a virologist at the University of Leicester, said even before the latest issue arose. “Even though the new study confirms what we previously thought about the vaccine’s efficacy, people may have lingering doubts,” he said. “Unfortunately, that might mean more people will die of COVID.”

Britain was the first to authorize the vaccine in December, based on partial results from the U.K., Brazil and South Africa. Those results suggested the shot was about 70% effective but were clouded by a manufacturing mistake the researchers didn’t immediately acknowledge. Insufficient data about how well the vaccine protected older people also led some countries including Germany and France to initially restrict its use to younger populations before reversing course.

In the U.S., officials suspended AstraZeneca’s study in 30,000 Americans for an unusual six weeks last fall, as frustrated regulators sought details about neurological problems reported in Britain; ultimately there was no evidence the vaccine was to blame.

But on Monday, the company announced that the shot was about 79% effective in stopping symptomatic COVID-19 — data that Mene Pangalos, head of AstraZeneca’s research and development in biopharmaceuticals, called “much cleaner” than previous releases.

He expressed hope it “puts to bed any doubts.”

Instead, in the early hours of Tuesday, the Data and Safety Monitoring Board experts from the U.S. National Institutes of Health said they were concerned by the information released.

“We urge the company to work with the DSMB to review the efficacy data and ensure the most accurate, up-to-date efficacy data be made public as quickly as possible,” it said.

Even if the company clears up the misunderstanding — and it’s not yet clear what the U.S. experts are asking for exactly — it could have a lasting impact.

Tang noted the decades-old controversy over the measles vaccine as a cautionary tale.

“There was absolutely no evidence to prove the (measles, mumps and rubella) vaccine caused autism,” he said. But despite the retraction of the paper that made that claim, Tang said some people still worry about the vaccine. He said AstraZeneca’s issues may be even tougher to overcome “because every week it seems like there’s some new concern.”

Last week, more than a dozen countries temporarily halted their use of the AstraZeneca shot, after reports of rare blood clots in some people who received it. The European Medicines Agency concluded the shot was not responsible, but even though its investigation was standard procedure when unusual side effects are detected, the process inadvertently drew more unwelcome attention to the company.

In Norway, a top official warned on Monday it might not be able to resume its use of the AstraZeneca vaccine because so many people were rejecting it.

“People clearly say that they do not want the AstraZeneca vaccine,” Marte Kvittum Tangen, who heads a Norwegian doctors’ association, told broadcaster NRK.

Last week in Bucharest, Romania, vaccination coordinator Valeriu Gheorghita said 33,000 AstraZeneca immunization appointments had been canceled in 24 hours and that about a third of the 10,000 people scheduled to receive the vaccine did not show up. In Belgrade, Serbia, a sprawling exhibition center set up for people to get the AstraZeneca vaccine was mostly deserted on Monday.

“This is unfortunately more about perception than it is the science,” said Dr. Bharat Pankhania, an infectious diseases specialist at Britain’s University of Exeter.

“We have now seen, on several parameters, that the AstraZeneca vaccine provides protection and is safe,” he said. “But the narrative for the public has not been as clear,” he said, criticizing politicians for undermining confidence in the vaccine without evidence.

France is a prime example of the confusion.

French President Emmanuel Macron initially suggested the vaccine wasn’t effective for older people, before backtracking. But then France only authorized AstraZeneca’s vaccine for use in adults 65 and under, citing a lack of data. Then the government changed its mind, based on new data, and said it’s fine for all adults and started singing its praises. Then came the blood clot reports and the government suspended use of the vaccine all together. When France restarted AstraZeneca, it for anyone under 55.

The whiplash-inducing messages come at a time when France — like much of continental Europe — is seeing a spike in cases that is close to overwhelming its hospitals and prompting threats of new lockdowns.

Vaccine rollouts have also been slow in many European Union countries, as compared to those in Britain and the United States. The European Commission has often blamed AstraZeneca for troubles with the vaccination drive, expressing outrage over repeated delayed deliveries — and threatening to ban exports of vaccines outside the bloc. But messy logistics have also played a role.

The tepid support for the AstraZeneca vaccine in Europe stands in contrast to the position of governments in developing countries, which are desperate for supplies.

Dr. Bruce Aylward, a senior adviser at the World Health Organization, said the U.N. agency has a long list of countries “very keen” to get the shot as soon as possible. “We simply cannot get enough of it,” he said.

But some experts have worried that the skepticism in Europe could eventually cast a pall over the vaccine worldwide. They suggested one measure that could reassure a jittery public about the shot: a green light from the U.S. Food and Drug Administration.

“If the U.S. regulator looks at this data and authorizes AstraZeneca, that will carry a lot of weight,” said Jimmy Whitworth, a professor of international public health at the London School of Hygiene and Tropical Medicine.

AstraZeneca said it would be submitting its data to the FDA within weeks.

At a vaccination center in Lisbon, 68-year-old Rui Manuel Martins dismissed any concerns about the AstraZeneca shot, saying millions had been immunized with very few ill effects.

“There’s always some cases of people rejecting any medications,” he said before receiving his first dose. “It’s better to be vaccinated rather than not.”

These were the details of the news Reputation of AstraZeneca’s COVID vaccine marred by missteps for this day. We hope that we have succeeded by giving you the full details and information. To follow all our news, you can subscribe to the alerts system or to one of our different systems to provide you with all that is new.