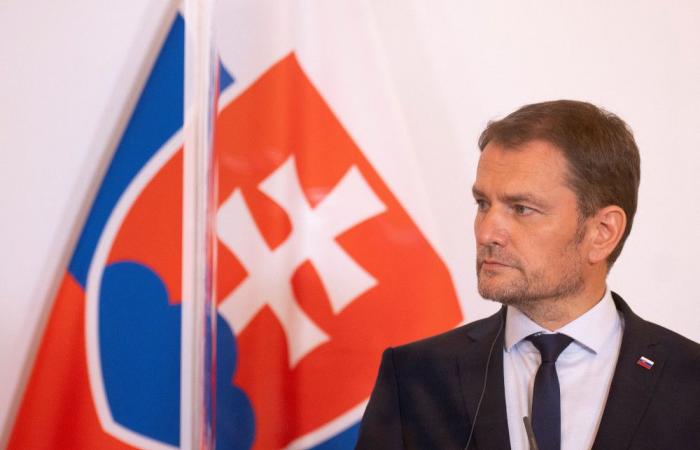 BRATISLAVA, March 22 — Slovakia’s Prime Minister Igor Matovic yesterday said he was willing to step down to save the coalition government led by his party as junior partners slammed his handling of the coronavirus pandemic.

Junior members of the four-party coalition have threatened to quit the government if the centrist Matovic does not step down by next Wednesday.

President Zuzana Caputova, a liberal, demanded he find a solution.

“I am willing to resign as prime minister of this government and remain as one of its members,” Matovic told journalists yesterday.

However, he made his resignation conditional on other party leaders in the coalition also giving up their ministerial posts.

“To calm the situation, we consider the departure of Minister Richard Sulik from the government to be absolutely necessary,” said Matovic, pointing to the economy minister and liberal SaS party leader.

Sulik has threatened to quit the coalition should Matovic refuse to step down.

Responding to Matovic yesterday, Sulik said he would not accept him staying on as a minister in the government.

“We will not agree with such proposals, whose main motive of is obviously his (Matovic’s) personal revenge,” Sulik said.

None of the parties want to trigger an early election as polls show opposition left-wing parties on track to win.

The political crisis comes as Slovakia, a eurozone country of 5.4 million people, is struggling with one of the world’s highest per capita rates of Covid deaths and infection, according to an AFP tally based on official data.

The grim toll and Matovic’s decision to buy Russia’s Sputnik V vaccine triggered an uproar among coalition partners governing with his OLaNO party.

Opinion polls published yesterday suggested that more than 80 per cent of Slovaks agreed that Matovic should resign.

OLaNO party member Eduard Heger, the current finance minister and acting health minister, has been floated as a possible candidate to replace Matovic.

Heger has not revealed whether he would consider taking over as prime minister from Matovic, his party boss.

Bratislava-based political analyst Samuel Abraham told AFP that it would be “impossible” to save the coalition should Matovic remain prime minister, comparing him to former US president Donald Trump in his handling of the pandemic.

Matovic has “managed the pandemic arbitrarily, stubbornly, without listening to experts, he has been gambling with people’s lives,” Abraham said. — AFP

These were the details of the news Slovak PM says willing to quit to solve government crisis for this day. We hope that we have succeeded by giving you the full details and information. To follow all our news, you can subscribe to the alerts system or to one of our different systems to provide you with all that is new.