Philippines to shut border to foreigners as coronavirus cases surge 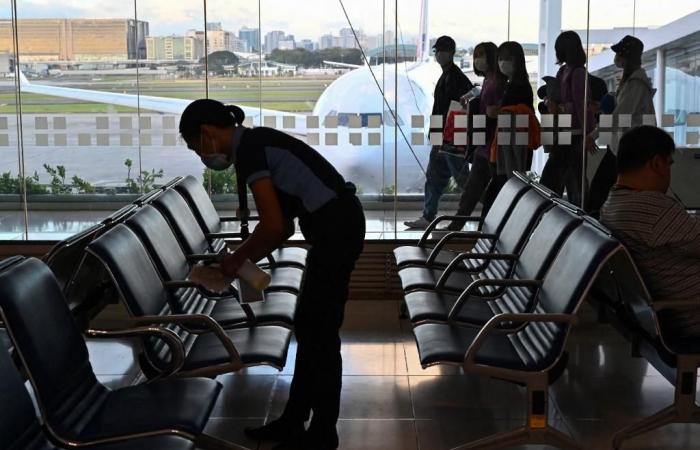 Jeddah - Yasmine El Tohamy - COLOMBO: Sri Lanka’s government is in “no rush” to implement a proposed ban on the wearing of burqas and the closure of over 1,000 Islamic schools, Cabinet Spokesman Keheliya Rambukwella said on Tuesday, adding that it was a serious decision that required “consensus and consultations.”

“It will be implemented with a consensus and consultations with Muslim organizations and leaders. We won’t rush through the proposal, since it is a serious issue,” Rambukwella said.

His remarks came a day after Pakistan’s envoy to Colombo Saad Khattak criticized the island nation’s move to ban the burqa — an outer garment worn by some Muslim women to cover the body and face — saying it was a “divisive” step impacting Muslims in Sri Lanka and across the globe.

Khattak tweeted on Monday that the ban would constitute an “injury to the feelings of ordinary Sri Lankan Muslims and Muslims across the globe,” adding that it would exacerbate economic difficulties and fuel concerns over the state of “fundamental human rights of minorities in the country.”

Khattak’s statement follows Sri Lanka’s Minister of Public Security Sarath Weerasekara signing a paper over the weekend seeking the Cabinet’s approval to ban the burqa, calling it “a sign of religious extremism” with a “direct impact on national security.”

“The burqa has a direct impact on national security. It is a sign of religious extremism … Such actions will help maintain security … We will definitely ban it,” Weerasekara said during a press conference on Saturday.

A temporary ban on the burqa was imposed three years ago after the Easter Sunday bomb attacks, which killed 269 people and injured more than 500 in separate locations of Sri Lanka on April 21, 2019.

The island nation also plans to ban more than 1,000 Islamic seminaries, or madrasas, out of the nearly 2,300 institutions across the island, with Weerasekara saying they were either “not registered with the authorities” or failed to follow the national education policy.

If implemented, the proposed ban could be the latest move impacting Sri Lanka’s minority Muslims, who make up nearly 10 percent of its total population of 22 million, where Buddhists account for 70 percent of the census.

Taking umbrage over the government’s proposed ban, Hilmy Ahamed, vice president of the Sri Lanka Muslim Council, said: “Muslim bashing by the government continues to hoodwink the economic burden cast on the 6.9 million who voted them to power.”

Ahamed also highlighted other issues faced by the Muslim community in recent months, among which was the forced cremation of Muslims who had died from the coronavirus disease (COVID-19).

“They forcibly cremated over 250 Muslims who had died from the virus against their religious belief, and now they want to ban madrasas and burqas,” he told Arab News.

“It is the right of women to choose what to wear, especially now during the pandemic when face masks are mandatory. Will the same scrutiny be given to Buddhist seminaries, which serve the same purpose as madrasas to educate theologians?” he added.

She questioned the government’s timing for the ban of the face and body veil “when everyone is wearing face masks to protect themselves from virus.”

“In the last few months, there has been an increase of Islamophobic rhetoric, and this ban is part of that. The Muslim community has been discussing various reforms, but getting rid of what has been practiced for such a long time overnight shows how this state regards its minorities and the pluralistic nature of our constitution,” Saroor said.

Ahamed agreed, adding that if the government were “genuinely concerned about national security, they would ban backpacks as well since suicide bombers often carry bombs in their backpacks.”

Lawmakers, for their part, believe that Sri Lanka’s delay in implementing the ban is part of its “vote-buying tactics.”

“Postponement of the implementation of the ban is to woo more votes from Muslim countries for Sri Lanka at the upcoming UN Human Rights Council meeting in Geneva on March 22,” Parliamentarian Mujibur Rahman told Arab News on Tuesday.

“The government is harassing Muslims. Such actions can have adverse repercussions on the Muslim community,” he added.

Others said the move could have a direct impact on tourism to the country.

“Arab tourists are heavy spenders, and they like the island very much. This move can divert them to neighboring countries,” he added.

In the years preceding the COVID-19 pandemic, 71,636 tourists from the Gulf and the Middle East — with 50 percent from Saudi Arabia — had visited the island nation, A. M. Jaufer, president of the Chamber of Tourism and Industry in Sri Lanka, told Arab News on Tuesday.

These were the details of the news Philippines to shut border to foreigners as coronavirus cases surge for this day. We hope that we have succeeded by giving you the full details and information. To follow all our news, you can subscribe to the alerts system or to one of our different systems to provide you with all that is new.