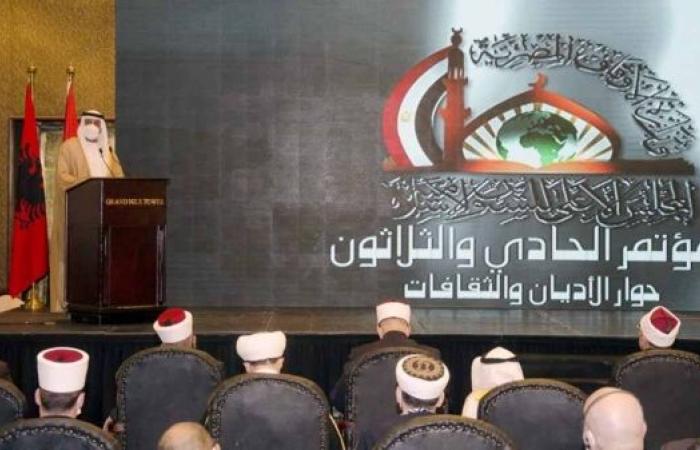 We show you our most important and recent visitors news details UAE adopting holistic strategy for promoting common human values: Al Kaabi in the following article

Hind Al Soulia - Riyadh - CAIRO — Dr. Mohammad Mattar Al Kaabi, chairman of the UAE General Authority for Islamic Affairs and Endowments, stressed that if the followers of the monotheistic religions are saturated with the values of faith and adhere to their moral and cultural commonality, they will be makers of peace, prosperity and the pillars of cohesion and stability.

He noted that the UAE government has adopted a comprehensive strategy to promote common human values within government initiatives that institutionalize the tolerant culture rooted in the Emirati personality.

Delivering the UAE speech at the opening session of the 31st Conference of Egypt's Supreme Council For Islamic Affairs in Cairo Sunday, Dr. Al Kaabi added that the UAE has supported its initiatives by introducing relevant legislation and laws.

“It established the first Ministry of Tolerance and Coexistence in 2016, and issued the first law protecting the values of tolerance, respecting places of worship, freedom of beliefs and criminalizing action leading to hatred, stirring sectarianism, and prejudice to religious sanctities,” he added.

These efforts, he said, culminated in the UAE hosting, sponsoring and adopting the “Document on Human Fraternity for World Peace and Living Together” signed by Grand Imam of Al-Azhar Dr. Ahmed El-Tayeb and Pope Francis, head of the Catholic Church, during the Global Conference of Human Fraternity two years ago.

The UAE, he continued, established the Abrahamic Family House, which will be a beacon of mutual understanding, harmonious coexistence and peace among people of faith and goodwill.

It consists of a mosque, church, synagogue and educational center to be built on Saadiyat Island, the cultural heart of Abu Dhabi in the United Arab Emirates.

Through its design, it captures the values shared between Judaism, Christianity and Islam, and also serves as a powerful platform for inspiring and nurturing understanding and acceptance between people of goodwill.

He further said that both the Document on Human Fraternity and the Abrahamic Family House has a global cultural interaction due to the common human values they hold.

This year, he noted, for the very first time, the UN celebrated the International Day of Human Fraternity on Feb. 4, providing an opportunity to highlight the principles and values included in the "Document on Human Fraternity for World Peace and Living Together" and explore good practices towards its implementation as a pathway to the future, as we rebuild a better world.

Al Kaabi called for the institutions participating in the conference to adopt an educational strategy through religious and media platforms, seminars and events aimed at raising awareness about common human values. — WAM

These were the details of the news UAE adopting holistic strategy for promoting common human values: Al Kaabi for this day. We hope that we have succeeded by giving you the full details and information. To follow all our news, you can subscribe to the alerts system or to one of our different systems to provide you with all that is new.