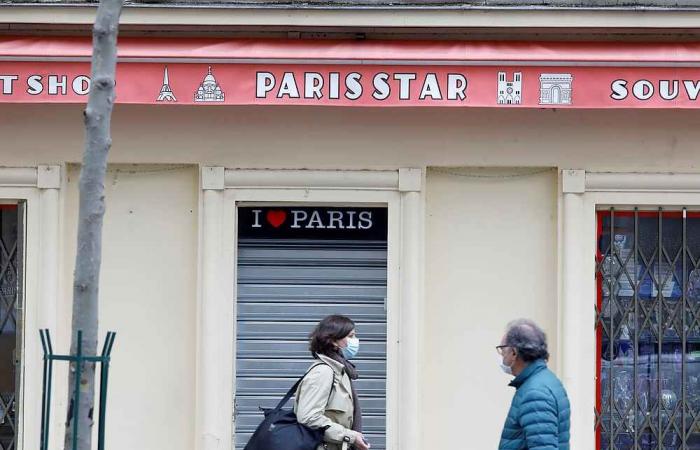 PARIS, March 8 — Hospitals in the Paris region have been ordered to cut all non-Covid patient care and surgery by 40 per cent as new virus cases risk overwhelming their intensive care capacity, health authorities said today.

The Ile de France greater Paris region, which counts about 12 million inhabitants, currently has 973 Covid patients in intensive care compared with a capacity set aside for virus cases of 1,050, the director-general of the ARS regional health service, Aurelien Rousseau, told AFP.

“This is a very tense situation,” he said.

Since a spike in the number of virus infections two weeks ago, daily admissions into intensive care have been between 70 and 80 patients, but only half that number at most were being discharged, leading to a daily net increase of 35.

At that growth rate, current hospital and clinic Covid capacity will be exhausted as early as this week.

“We needed to react very fast,” said Rousseau, who gave “a firm and immediate order” to cancel 40 per cent of scheduled hospital care.

The move will take capacity to 1,577 Covid intensive care spots by next week, he said.

The order comes as the French government has been scrambling to avoid another national lockdown although Covid infections remain stubbornly high.

Vaccination centres stayed open at the weekend as Prime Minister Jean Castex called for “a national mobilisation” to boost the number of inoculations.

So far France has administered around 5.5 million doses of the three vaccines authorised for use—Pfizer/BioNtech, Moderna, and AstraZeneca/Oxford University—according to government figures.

This meant that 30 million people—two thirds of the French adult population—could be vaccinated by the end of June, she said.

As the country waits for vaccinations to make a dent in infection statistics, the government has resorted to regional weekend lockdowns, with the latest one affecting hundreds of thousands of people in the north of the country.

There has been speculation about a similar move coming for the greater Paris region, but so far the government has appealed to people to behave responsibly, and police banned the consumption of alcohol outdoors in the capital to try to reduce the crowds gathering to enjoy the spring sunshine. — AFP

These were the details of the news Paris hospitals told to make room for Covid emergencies for this day. We hope that we have succeeded by giving you the full details and information. To follow all our news, you can subscribe to the alerts system or to one of our different systems to provide you with all that is new.

PREV US CDC expands Covid-19 vaccine eligibility to 16 and older
NEXT World can bring pandemic under control within months, says WHO chief