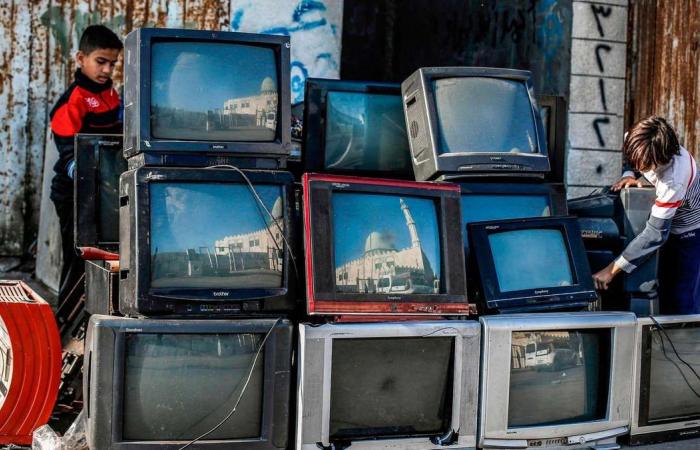 Thank you for your reading and interest in the news The Middle East Framed - regional photography for December 7, 2019 and now with details

A farmer displays coffee beans at a farm in Haraz district near Sanaa, Yemen. Reuters

Syrians attend a marathon in Damascus to commemorate World Disabled Day and to support people with intellectual disabilities. The marathon runs under the title 'With love, joy has returned to Syria.' EPA

Afghan vendors prepare jaggery made from brown sugar on a roadside in Jalalabad, Afghanistan. EPA

Palestinian children ride in the back of a tuktuk with their father on their way to a street market in Gaza City. AFP

Tourists look at a view of the city skyline and the River Nile from Cairo Tower building in the capital of Cairo, Egypt. Reuters

Lebanese cartoonist Bernard Haje works at his studio in Jal el-Dib, on the northern outskirts of the capital Beirut. AFP

People watch a televised debate between presidential candidates, ahead of the December 12 election, at a cafe in Algiers. Reuters

These were the details of the news The Middle East Framed - regional photography for December 7, 2019 for this day. We hope that we have succeeded by giving you the full details and information. To follow all our news, you can subscribe to the alerts system or to one of our different systems to provide you with all that is new.