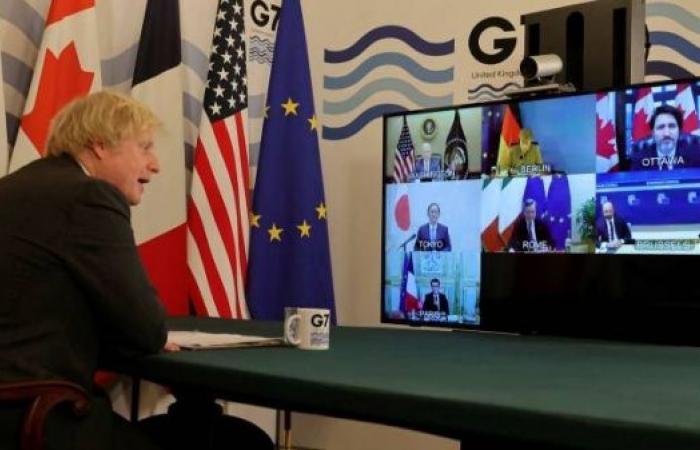 Hind Al Soulia - Riyadh - BRUSSELS — The world's richest countries are on Friday boosting their commitment to a COVID-19 vaccination program for poorer countries.

The leaders of Canada, France, Germany, Italy, Japan, the United Kingdom, and the United States are holding virtual talks on Friday to discuss, among other topics, how to speed up the rollout of vaccinations against the novel coronavirus.

The EU and the US both announced that they are doubling their initial contribution to the World Health Organization's COVAX program.

The contribution from the bloc of 27 European nations is now 1 billion euros with Commission chief Ursula von der Leyen stressing on Twitter that "we will only be safe if the whole world is safe."

The new US administration of Joe Biden upped its contribution from $2 billion to $4 billion (3.3 billion euros).

Germany has meanwhile increased its commitment by 1.5 billion. Gerd Mueller, the Federal Minister of Economic Cooperation and Development said in a statement that "the only way out of the pandemic is with a global vaccination campaign. This must not fail due to funding."

British Prime Minister Boris Johnson, who is hosting the G7 videoconference, has confirmed that the UK will share the majority of ay surplus coronavirus vaccines from its supply with the COVAX procurement pool. The UK has given 548 million pounds (633 million euros) to the COVAX scheme.

The new pledges come just days after the United Nations Secretary-General Antonio Guterres slammed the distribution of jabs as "wildly uneven," with just 10 countries accounting for three-quarters of all vaccinations.

On Thursday, French President Emmanuel Macron called on Europe and the United States to allocate 3-5 percent of current vaccine supplies to developing countries.

He suggested that the West should adopt the kind of vaccine diplomacy that China and Russia have been deploying in Africa and the Balkans.

WHO chief Tedros Adhanom Ghebreyesus issued a call for greater solidarity last month warning that "the world is on the brink of a catastrophic moral failure — and the price of this failure will be paid with lives and livelihoods in the world's poorest countries."

The WHO is hoping the boost of vaccine solidarity will ensure that vaccination of health workers and older people is underway in all countries f the world within the first 100 days of the year.

According to Our World in Data, which tracks COVID-19 vaccinations, fewer than 195 million doses had been administered around the world by Feb. 18. More than 100 million of the doses were administered in Canada, the EU, Israel, the US, and the UK.

Biden said earlier this week that the country will have secured enough doses to vaccinate its population by the end of July. The EU, meanwhile, plans for 70 percent of the bloc's adult population to be inoculated before the end of the summer.

Seth Berkley, the head of the international vaccination alliance, GAVI, which is responsible for the COVAX rollout, said that the organization aims to vaccinate 20 percent of people in 92 developing and emerging countries by the end of the year. — Euronews

These were the details of the news G7 leaders boost vaccine commitment to poorer countries in COVAX program for this day. We hope that we have succeeded by giving you the full details and information. To follow all our news, you can subscribe to the alerts system or to one of our different systems to provide you with all that is new.