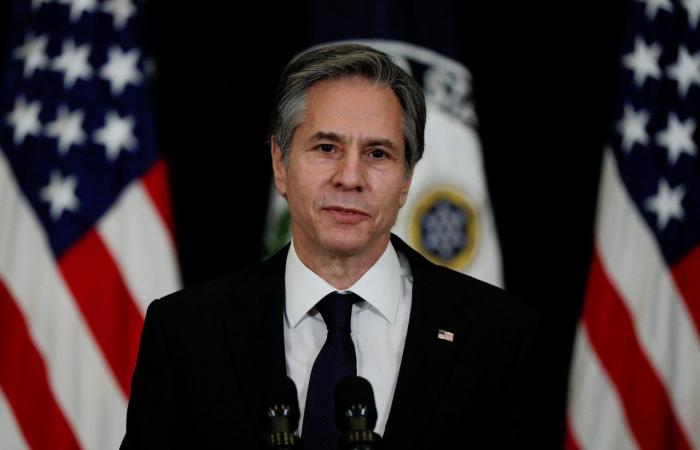 You are now following the details of the Blinken presses China on Xinjiang, Hong Kong in call with Beijing’s top diplomat news and now we leave you with the details

Blinken also pressed China to condemn the military coup in Myanmar, and he reaffirmed that Washington will work with allies to hold China accountable for efforts to threaten stability of Indo-Pacific, including across the Taiwan Strait, the department said in a statement.

Yang told Blinken that the United States should “correct” its recent mistakes and that both sides must respect each other’s political systems and development paths, according to a statement from the Chinese foreign ministry.

The relationship between the world’s two biggest economies hit its lowest point in decades during the presidency of Donald Trump, and Chinese officials have expressed cautious optimism that it would improve under the administration of Joe Biden.

Yang told an online forum on Tuesday that he hoped relations between the two countries could return to a predictable and constructive track, but he called on the United States to “stop interfering” on issues of Chinese sovereignty, including Xinjiang, Hong Kong and Tibet.

Foreign ministry spokesman Wang Wenbin also said on Friday that “the common interests of the two countries outweighed their differences” and urged the United States to “meet China halfway” to improve relations.

However, criticism of China’s human rights record has continued unabated, with the State Department saying on Thursday that it was “deeply disturbed” by reports of sexual abuse against women in internment camps for ethnic Uighurs and other Muslims in Xinjiang..

Biden himself has shown little sign he is in a hurry to engage with Beijing, describing China on Thursday as “our most serious competitor” and saying Washington would continue to confront what he described as China’s “attack on human rights, intellectual property and global governance”.

“But we’re ready to work with Beijing, when it’s in America’s interest to do so,” he added.

The Global Times, a tabloid run by Chinese Communist Party paper the People’s Daily, said in an editorial on Saturday that it expected the Biden administration to keep talking tough while improving cooperation in some areas.

“This is obviously different from the later period of Trump’s administration, which had only hyped up antagonism between China and the US,” it said.

Image: FILE PHOTO: US Secretary of State Antony Blinken speaks speaks during a visit by US President Joe Biden to the State Department in Washington, US, February 4, 2021. REUTERS/Tom Brenner

These were the details of the news Blinken presses China on Xinjiang, Hong Kong in call with Beijing’s top diplomat for this day. We hope that we have succeeded by giving you the full details and information. To follow all our news, you can subscribe to the alerts system or to one of our different systems to provide you with all that is new.