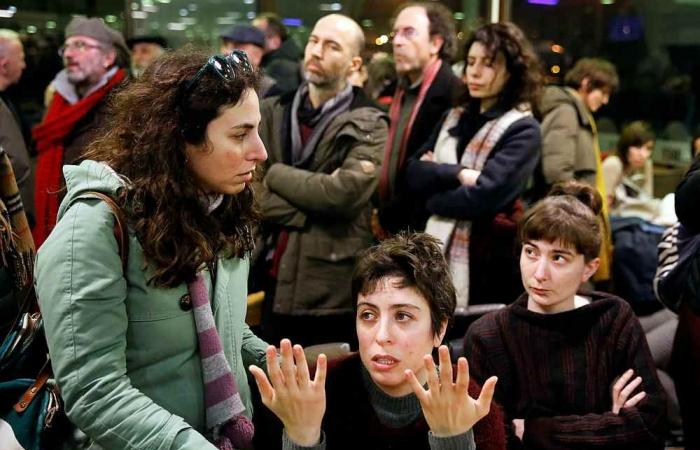 ISTANBUL, Feb 5 — Turkish civil society leader Osman Kavala told a judge today that his freedom had been “usurped” by fictitious charges that have kept him in jail without a conviction for more than three years.

The Parisian-born businessman’s trial is one of several observers are watching for signs of a possible easing of a political crackdown President Recep Tayyip Erdogan unleashed after surviving a coup attempt in 2016.

Kavala headed philanthropist George Soros’s Open Society Foundation in Turkey and promoted cross-cultural understanding through the arts at the time of his arrest in October 2017.

The 63-year-old was acquitted last February in connection with widespread protests that posed the first serious challenge to Erdogan’s rule in 2013.

But he was immediately re-arrested and jailed on fresh charges of espionage and involvement in the 2016 coup attempt.

Last month an Istanbul court also overturned his acquittal in the first trial related to the 2013 protests.

The trial judge today ordered the two cases against Kavala to be merged into one. The next hearing is scheduled for May 21.

“My right to liberty is being usurped,” Kavala said by video link from jail as several European embassy diplomats and Turkish opposition lawmakers observed from the Istanbul courtroom.

“I have remained under detention for 39 months uninterrupted because of the fictional and virtual accusations.”

He faces life in prison if convicted of playing a role in the 2016 coup attempt and 20 years in jail on the espionage charge.

Kavala rejects all the accusations and blames Turkish politics for his fate.

He said today that the espionage charge was planted “so as to invalidate the ruling delivered by the European Court of Human Rights” calling for his immediate release in December 2019.

The Strasbourg-based court reaffirmed its call for Turkey to free Kavala this year.

“The prosecution is trying to manipulate justice by establishing links” between different charges which are “against any rational rules,” said Kavala.

“This can only be explained by ideology and a lack of goodwill”.

Erdogan has taken a clear personal interest in Kavala’s case.

Erdogan last year remarked that Turkey would never be “with the Kavalas of this world”.

And today, he linked Kavala’s wife Ayse Bugra to a wave of student protests that have seen hundreds detained in Istanbul and other big cities since the start of the year.

Erdogan said the protests were being spurred by “the wife of Soros’s Turkey bureau chief”.

“I am sad on behalf of my country,” she told reporters outside the courtroom.

Bugra added that her husband’s detention has become “part of a torturous period” in her life. — AFP

These were the details of the news Jailed Turkish civil society leader pleads for ‘usurped’ freedom for this day. We hope that we have succeeded by giving you the full details and information. To follow all our news, you can subscribe to the alerts system or to one of our different systems to provide you with all that is new.