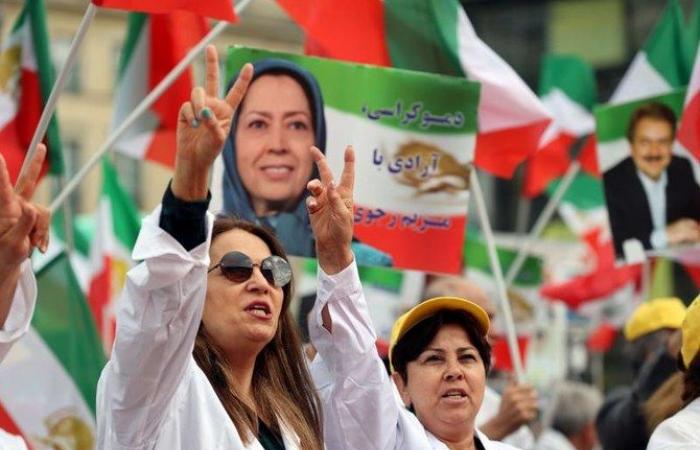 Jeddah - Yasmine El Tohamy - LONDON: Former senior US political and national security figures have reiterated their support for an exiled Iranian opposition group, following a court verdict that found an Iranian diplomat guilty of plotting a terrorist attack against it.

They did so just hours after Assadollah Assadi — who tried to bomb a rally organized by the National Council of Resistance of Iran (NCRI) in Paris in 2018 — was sentenced to 20 years in jail by a Belgian court.

Tom Ridge, former US secretary of state for homeland security, urged governments worldwide to back the NCRI, which he regards as Iran’s government in waiting.

Speaking at an event hosted by the NCRI and attended by Arab News, he said: “The NCRI is an immediate threat to the repressive Iranian regime. It’s the largest, best organized and most popular democratic alternative to the regime, and over the years its advocacy for a peaceful, tolerant, democratic and non-nuclear Iran has attracted greater and greater internal support from the people of Iran, and greater international support.”

This support, Ridge added, was evidenced by the tens of thousands of people — including senior diplomats and politicians — who attended the 2018 rally targeted by Assadi.

The NCRI “reflects the Iranian people’s hopes for freedom,” Ridge said. “Countries and their leaders should align themselves with the hopes of Iranian people for freedom — I’d call on them to recognize publicly the NCRI as the alternative to the existing regime.”

Col. Wesley Martin, who served alongside members of the NCRI’s sister organization, the People’s Mujahedin of Iran (MEK), while on anti-terrorism deployment to Iraq, said: “The failed 2018 attack was as much an attack on the freedoms of speech, worship, from want and from fear, as it was on the rally’s participants in Paris.”

He added: “The failed bombing once again emphasized Iran’s ruling extremists’ fear of the NCRI and MEK.”

These two groups, he said, continue to be the most significant threat to the regime in Tehran. When it feels threatened by the MEK or NCRI, Martin added, it resorts to oppression of Iranians within the country and terrorist attacks abroad — as the failed 2018 bomb plot showed.

Patrick Kennedy, a former member of the US House of Representatives, also joined the livestreamed event to celebrate Assadi’s conviction and voice his support for the NCRI.

“We’ve always known Iran to be behind numerous acts of terrorism, but today the evidence is overwhelming — today, the Iranian regime was caught red-handed,” he said.

Because of the hard evidence provided by Assadi’s guilty verdict, governments that still host Iranian embassies should “clean house” by ensuring all terrorist elements are removed, or shut them down, Kennedy added..

He, like Ridge and Martin, threw his support behind the NCRI, seeing it as the most legitimate Iranian opposition group, in no small part because of its capacity to threaten the regime’s legitimacy at home and abroad.

“We know that (the regime) saw an existential threat in … the MEK and the NCRI, because that’s who it was targeting,” Kennedy said.

The guilty verdict, he added, is as much an indictment of the regime as it is of Assadi and his three accomplices, and shows that “it’s time to support the NCRI as a legitimate opposition to the Islamic Republic.”

He said: “We must also call Iran what it is: A terrorist state that terrorizes not only Iranians but the people of the world.”

These were the details of the news Prominent US political figures voice support for Iranian resistance for this day. We hope that we have succeeded by giving you the full details and information. To follow all our news, you can subscribe to the alerts system or to one of our different systems to provide you with all that is new.