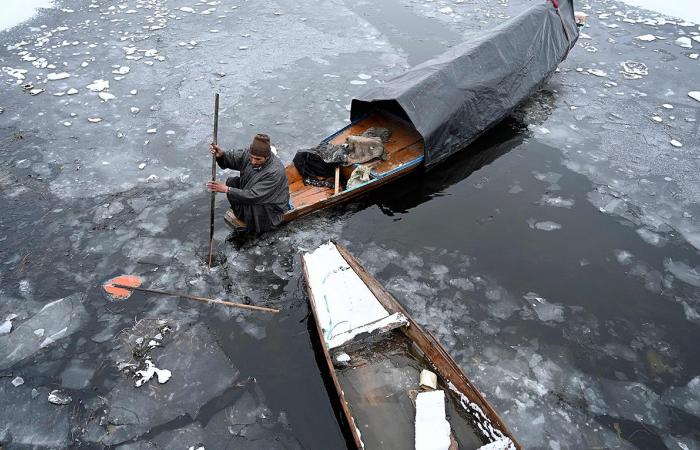 Jeddah - Yasmine El Tohamy - NEW DELHI: Prominent media figures in Kashmir on Wednesday slammed the Indian army for taking a news portal to court over a report about a private school allegedly being “pressurized” to hold a Republic Day function on Jan. 25.

The Srinagar-based Kashmir Walla magazine ran the story on Jan. 27 claiming that the army’s branch, the Rashtriya Rifles, had forced the school, run by socio-religious group Jamia Siraj-ul-Uloom, to host the celebrations.

In response to the article, army lawyers filed a case against the news platform, calling the story “baseless.”

“The army insisted that we should do it and put our school’s banner in front. However, we did not agree. But they insisted that we had to do it. We were under pressure,” founder of the school, Mohammed Yusuf Mantoo, was quoted as saying by the Kashmir Walla.

He added that the army had been pursuing him to “hold this function for the past month.”

Fahad Shah, chief editor of Kashmir Walla, told Arab News: “We reported the story based on the account of the founder-chairman, who later retracted his statements in a purported letter. We stand by our story and will produce relevant evidence in a court of law if and when required.”

He said the army’s filing of the case was an attempt to “criminalize” reporting. “This is not the first case against us. This has been the model to intimidate journalists and silence reporters who dare not to toe the government’s line.”

In November, Shah was detained and questioned for four hours about his work, and in April a number of other journalists were charged.

“The government booked journalists under anti-terror laws for expressing their opinions on social media -- now, they have criminalized reporting as well. With every passing day, it is becoming more and more difficult to report facts in Kashmir,” Shah added.

Army spokesperson Rajesh Kalia, and inspector general of police, Vijay Kumar, were both unavailable for comment.

Media outlets in Kashmir have come under increased pressure following the change in the constitutional status of the region with the abrogation of its special autonomous status in August 2019. The disputed territory of Kashmir faced several new restrictions when New Delhi scrapped Articles 370 and 35A of the constitution, which granted autonomy to the region.

He said that in Kashmir “censorship has been normalized” and journalists were walking on “a razor’s edge” trying to do their job.

“It is not easy to be a journalist in present times. Many are facing pressure from their families to quit journalism because in a place like Kashmir, every word you write or every sentence you broadcast has a cost,” he added.

In October, the office of Kashmir’s oldest English newspaper, the Kashmir Times, was sealed in Srinagar.

“The registration of the case against a newspaper looks like journalism is a crime in Kashmir. When a sword is hanging over your head in the form of legal harassment, then you will think twice before filing a story,” Tantry said.

Officials from the Editors Guild of India described the media atmosphere in Kashmir as an attempt “to control the narrative.”

Guild secretary, Sanjay Kapoor, told Arab News: “Since August 2019, the state and its security agencies have been zealous in controlling the narrative of how life has returned to normal, and there is no resistance from the local people.

“Tragically, the lessons of Kashmir on media are being applied to the rest of Kashmir when it comes to managing the media.”

However, the BJP said that the media should be “nationalist” and show the “atmosphere of positivity that is developing.”

BJP spokesperson in Kashmir, Manzoor Bhat, told Arab News: “If you are a nationalist newspaper, then why do you oppose the nationalist activities in front of the world?

“Journalism is the fourth pillar of democracy. If the atmosphere of positivity is prevailing in the state, we should try to portray that,” Bhat said, adding that Kashmiris wanted to live in peace after the abrogation of Article 370. “If the atmosphere is changing, why should we put forward negative things?”

These were the details of the news Kashmiri media figures slam Indian army for taking news portal to court for this day. We hope that we have succeeded by giving you the full details and information. To follow all our news, you can subscribe to the alerts system or to one of our different systems to provide you with all that is new.

PREV Maduro says he is ready to start talks with Venezuela opposition, brokered by Norway
NEXT India's lauds Gulf assistance in fighting COVID-19