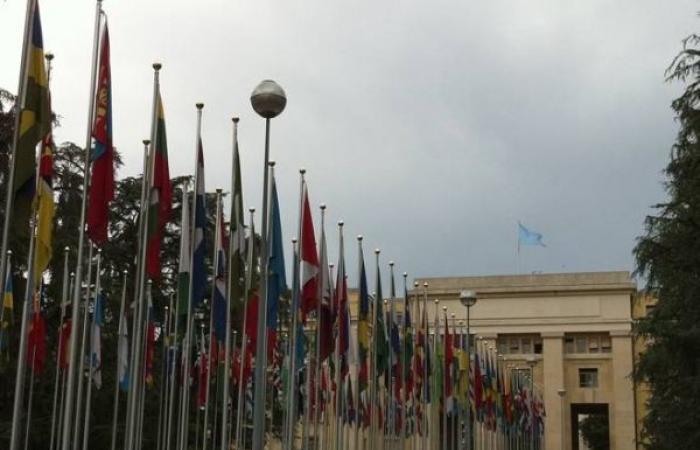 We show you our most important and recent visitors news details COVID-19 forced cremation of Muslims in Sri Lanka discriminatory, says HRW in the following article

Hind Al Soulia - Riyadh - NEW YORK — In its recent report, Human Rights Watch (HRW) has slammed the Sri Lankan government for the forced cremation of everyone who dies from COVID-19, calling it discriminatory against the Muslim community.

“The government’s spurious argument that burial in accordance with Islamic tradition poses a public health risk stigmatizes, oppresses, and causes immense distress to a vulnerable minority,” the report said.

The Sri Lankan government of President Gotabaya Rajapaksa has claimed that burying people who die of COVID-19 complications may “contaminate ground water.”

It has not changed the policy, first codified in a March 31, 2020 regulation, despite World Health Organization guidelines that burial is safe, and growing opposition from United Nations experts, medical professionals in Sri Lanka, and religious leaders of all major faiths in the country. Among those cremated against the wishes of their family have been a 20-day-old infant and a woman whom the authorities later acknowledged did not have COVID-19.

“For families already grieving the loss of a loved one, the Rajapaksa government’s forced disposal of remains in a manner contrary to their beliefs is an outrageous and offensive assault on religious rights and basic dignity,” said Meenakshi Ganguly, South Asia director at Human Rights Watch.

“This policy only serves to cultivate intolerance and social division.”

In recent weeks the policy has sparked protests around the country. Authorities removed strips of white cloth that activists tied to the fence of the Borella crematorium in Colombo to protest the forced cremation of the baby.

Several Muslim families have decided to leave the body of their loved ones who died of COVID-19 complications in hospital mortuaries rather than to permit cremation. Others say they have been coerced into allowing the cremation, or that it occurred without their knowledge.

“My friends and family asked the authorities how they can go ahead with the cremation when neither of the parents had signed any document giving consent,” Mohamed Fahim, the father of the baby, named Shaykh, told reporters. “It is as if they rushed to cremate our baby. When we asked questions, they didn’t have any proper answer.”

Sri Lankan civil society groups, in a joint statement after the ban was introduced, warned that there were already “outpourings of vitriol, and hate speech against Muslims” and that it was “important to ensure that decisions regarding matters of public health do not result in the persecution or marginalization of the Muslim population.”

The government has done little to combat incitement against Muslims, such as false rumors that the community deliberately spread the coronavirus, which are often shared by government supporters and in pro-government media.

A Muslim social media user, Ramzy Razeek, was arrested and detained for five months after opposing the burial ban and calling for religious tolerance on Facebook.

Opposition to the policy has grown in recent weeks. The Sri Lanka Medical Association on Jan. 1, 2021, said that the novel coronavirus cannot be transmitted by dead bodies. The College of Community Physicians of Sri Lanka said on Dec. 31 that there is “no solid evidence” supporting the regulation.

Christian, Hindu, and Buddhist religious leaders wrote in a joint letter on Dec. 26 that religious rights are protected by the Sri Lankan constitution. A Health Ministry expert panel recommended on Dec. 29 that disposal of bodies could include burial as well as cremation. — Agencies

These were the details of the news COVID-19 forced cremation of Muslims in Sri Lanka discriminatory, says HRW for this day. We hope that we have succeeded by giving you the full details and information. To follow all our news, you can subscribe to the alerts system or to one of our different systems to provide you with all that is new.