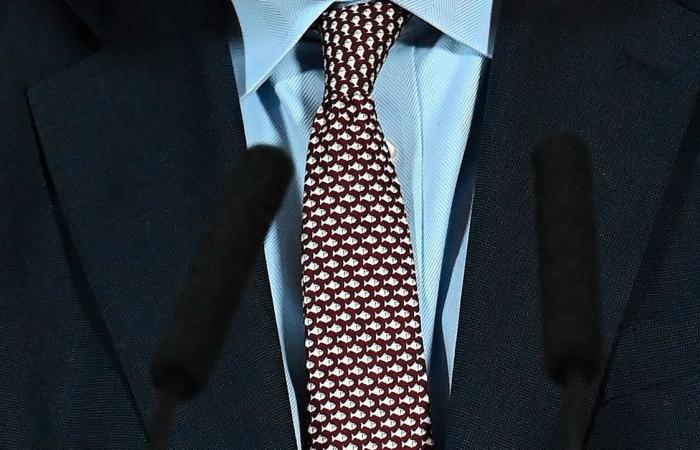 British Prime Minister Boris Johnson subtly recalled one of the most controversial negotiating issues when he announced the Brexit trade pact with the EU. Many small fish adorned his dark tie when he announced the breakthrough in months of negotiations in London on Christmas Eve. Until recently, access for EU fishermen to UK waters was one of the most controversial issues between London and Brussels.

At a dinner between EU Commission chief Ursula von der Leyen and Johnson, the Brussels cooks had recently served swipes on the subject of fishing: The starter was scallops – about which a bitter dispute between France and Great Britain had raged in the English Channel. The post-Brexit trade agreement now provides for a transition period of five and a half years for the reduction of fishing quotas for EU fishermen.

As EU representatives explained, a 25 percent reduction in catches was agreed with Great Britain during this period. From June 2026, the catch quotas should be negotiated with Great Britain again every year. The negotiators from Great Britain and the EU had agreed on a post-Brexit trade agreement after ten months. The fishery issue was one of the central issues of contention until the very end. According to information from EU circles, the issue has been the point that has prevented a breakthrough since Wednesday.

Details on the fish species concerned have not yet been decided, according to EU circles. In the transition period until mid-2026, EU fishermen would still have access to the fishing zone between six and twelve miles off the British coast.

EU fishermen catch marine animals worth around € 650 million annually in UK waters. Despite its low economic weight, the sector is of great political and social importance for Member States such as France, the Netherlands, Denmark and Ireland. On the other hand, for many Britons, control over their own waters has become a symbol of the sovereignty regained through Brexit.

These were the details of the news Boris Johnson – fish tie p for this day. We hope that we have succeeded by giving you the full details and information. To follow all our news, you can subscribe to the alerts system or to one of our different systems to provide you with all that is new.