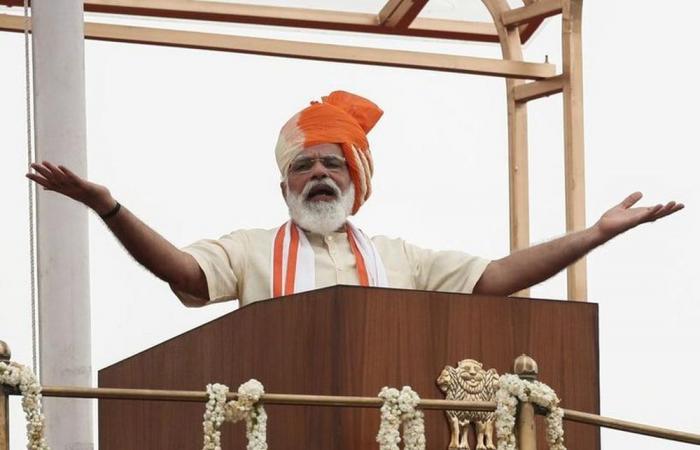 MUMBAI, Dec 20 — Indian Prime Minister Narendra Modi made an unscheduled visit to a Sikh temple in New Delhi today, kneeling down in respect and freely clicking pictures with visitors at a time when the community is leading massive protests against his farm reforms.

Sikhs in India and abroad have rallied against recent deregulation of agriculture markets that they fear would erode farm incomes by giving a greater say to profit-chasing private companies, instead of assuring a minimum price like in government-regulated wholesale markets.

Protesting farmers, mainly from Sikh-dominated Punjab and neighbouring Haryana, have blocked highways into New Delhi for the past three weeks demanding a repeal of the laws, which the government says widens the agriculture market and are crucial to boost storage and other infrastructure.

The protesters have repeatedly rebuffed Modi and his ministers’ attempts to reach a compromise, in what has become the biggest challenge from the country’s farmers in his six-year rule. On Wednesday, a 65-year-old Sikh priest committed suicide at one of the protest sites.

Modi, whose security detail often keeps him far away from the general public, prayed at the Gurudwara Rakab Ganj Sahib, interacted with Sikh religious leaders there and obliged visitors seeking to take pictures with him.

The temple near the Parliament House was where Sikh saint Guru Teg Bahadur was cremated.

While some social media users and his party colleagues welcomed Modi’s visit to the shrine like a “common man, without any restrictions”, others urged him to try and end the protests where tens of thousands of farmers, many in their sixties or above, are sleeping in the open in the cold.

“A request to @narendramodi please visit #FarmersProtests site as well where #Farmers are peacefully protesting,” a Twitter user posted. — Reuters

These were the details of the news India’s Modi surprises with Sikh temple visit amid farm protests for this day. We hope that we have succeeded by giving you the full details and information. To follow all our news, you can subscribe to the alerts system or to one of our different systems to provide you with all that is new.