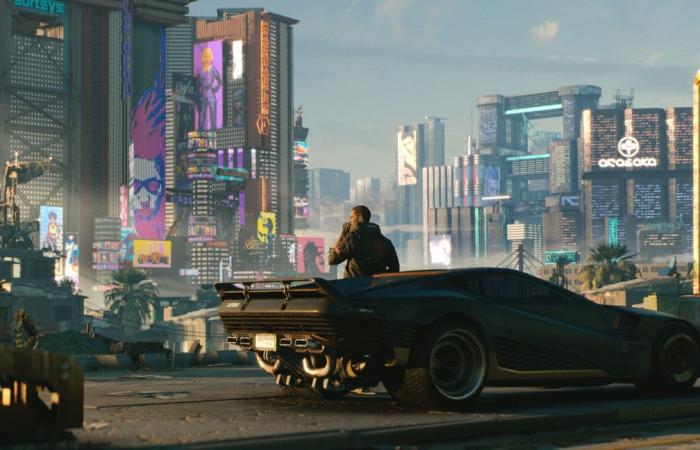 For several days, the world of gamers has been in complete turmoil: Cyberpunk 2077, one of the most anticipated video games of recent years, has finally been released on December 10, 2020 (after being postponed four times). With an extremely well-crafted marketing strategy, the CD Projekt development studio has magnificently created the hype around this game presented as a huge open-world RPG, in a (obviously) cyberpunk universe. So much so that the studio earns 50% of its market value in one year (to reach 9 billion just before the game’s release, then 7.3 billion just after, but we will come back to it) and has managed to convince 8 million gamers to pre-order the game. Few studios have achieved this feat.

But as the first journalists and steamer tests fall, a few days before the official release date, all that beautiful varnish begins to crack. A victim of its ambitions, the studio seems to have sacrificed its game (its players and its employees) on the altar of financial issues. The first tests (only on PC, which is never a good sign), reported many bugs, such as erratic behavior of “non-playable characters” (NPCs in the jargon, basically all the characters that the player does not embody, which he encounters in the game world), objects appearing randomly and having no connection with the scene (for example, mini-trees floating in the middle of an urban environment), and so on after. Rarely has a game from a big video game studio come out so buggy. While the main video game media easily ignore these concerns (which can be resolved in the long term by game updates), and give the game good to very good ratings, discordant voices are already being heard. , and express great disappointment at a game that does not fulfill its promises.

That was without counting the official release, which unveils the game on the PS4 and Xbox One consoles. There, we are faced with a complete crash. The game is almost unplayable, so it is not optimized for machines much less powerful than current gaming computers: endless loading times, poor rendering, graphics extremely degraded compared to the PC version, objects and characters not appearing not,… So much so that gaming journalists beg gamers not to buy the console version. Hence this somewhat surprising fall in the stock market for the second largest video game studio in Europe (just after Ubisoft).

If you are unfamiliar with video games, you are unlikely to have heard of it from Polish studio CD Projekt, but it is more likely that you are familiar with the series “The Witcher”, produced by Netflix.

“The Witcher” (or “The Witcher”) is originally a literary saga, written by Polish author Andrzek Sapkowski, best known in Eastern countries … until a studio all just born decides to make a trilogy in the form of a video game, between 2007 and 2015. This is how the witcher Geralt de Rive became a character known beyond Eastern Europe. Given the phenomenal success of the game (especially the last and third installment), a company such as Netflix has seized on this story to bring it to life on the small screen. The influences of video games on the series are also very numerous.

It is this trilogy that will propel CD Projekt among the biggest video game studios, as the narrative quality of The Witcher 3, the depth of the character of Geralt, and his gamedesign are of an impressive quality. After such critical and commercial success, CD Projekt was therefore expected at the turn. And the Poles have decided to play their trump card by presenting Cyberpunk 2077 as the game of a new generation.

CD Projekt is the perfect illustration of the rise of video games over the past ten years, both for the good and the bad. Because if the qualities of the games developed by the studio are no longer to be demonstrated, in terms of working conditions, it is less brilliant. Much like other studios producing big budget games, like Epic Games (Fortnite) Rockstar (Red Dead Redemption) or Naughty Dog (Uncharted, The Last of Us), CD Projekt has been singled out for crunching its development teams. That is to say, a certain time before the release of a game, push (directly or indirectly) the employees to work many overtime hours in order to finish the game on time, even if it means creating conditions of hardly sustainable work.

Crunch is an operation that has long been anchored in the video game industry, but which, fortunately, in recent years, has been increasingly denounced, while the industry is finally seeing the birth of unions capable of defending workers’ rights. . During the development of Cyberpunk, the two founders of the studio promise to take better care of their employees. It is clear that after four postponement of the game’s release date, Marcin Iwińskis and Adam Badowski have not kept their promise at all. Some even speak of a “death march” for developers, so this crunch lasted a long time … to finally give birth to a game that more than deserved many months of development. And maybe make Cyberpunk 2077 a standard in the fight against crunch.

Alongside these technical and human issues, several journalists, streamers and YouTubers did not hide their disappointment at what was to be an improved cyberpunk version of “The Witcher”. Without denying the graphic qualities of the game, several of them speak of a real regression in terms of narrative quality and gameplay. While the fight for better representation of women in video games has been blazing for several years, Cyberpunk 2077 seems to belong to a generation of video games from the early 2000s, thought to excite the primary sexual instincts of pre-pubescent teens. If violence and sex are generally central elements of the cyberpunk universe, the game offers no reflection on this subject, content to simply make them simple elements of raw video game enjoyment. This is evidenced by the thousands of dildos scattered throughout the universe, which the player can collect at will.

Newsletter info
Receive the main news every morning.
OK Do not show again ×

These were the details of the news Between technical bugs, crunch and aberrant hypersexualization, Cyberpunk 2077 disappoints for this day. We hope that we have succeeded by giving you the full details and information. To follow all our news, you can subscribe to the alerts system or to one of our different systems to provide you with all that is new.