Who was Dimitri Amiryan, the man killed in Retiro 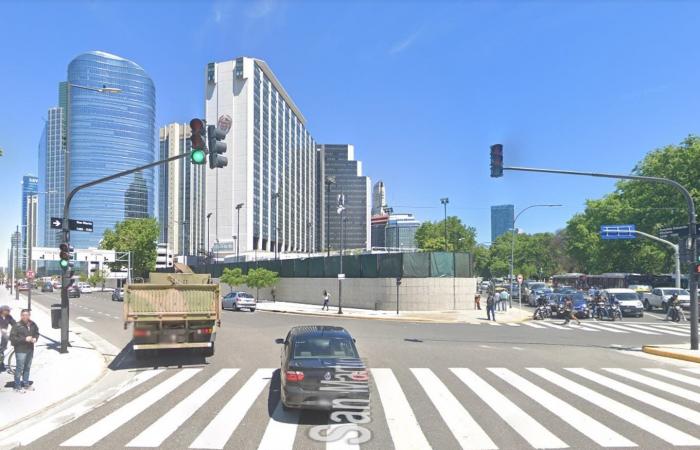 Dimitri Amiryan born in Yerevan, the capital of Armenia. There he studied and received from physiotherapist, with a specialty in vertebra treatment. I work in Germany and Spain, to later settle in Argentina, ten years ago. In the country he worked in the Red Cross and was domiciled in Nunez, a neighborhood of Buenos Aires, the city in which he was murdered this morning by a gunshot that, it is assumed, would have fired a 15-year-old from Retiro. The minor had already been delayed at least four other opportunities this year.

“His parents and sister live in Argentina. He was separated and he was the father of a three-year-old son “, they said to THE NATION sources close to the family. “He studied and was received in Armenia. In Argentina he took many courses in his specialty. He worked in the Red Cross. Before he had done it in Germany and Spain,” added the sources consulted.

According to the testimony of his friends, the victim was now a renowned chiropractor. He was worried about insecurity, but It did not disturb him when he went out to bike, an activity he did frequently. Today, whoever murdered him tried to steal his CTM brand bicycle, a high-end vehicle that can cost between 60,000 and 80,000 pesos in the market.

“We always talked about the security issue, it was always ‘take care when you go out’. Today a bicycle is something incredible, it is attractive and to steal it they do anything, “said Miguel, a friend of the victim, for the TN channel. Amiryan “was always afraid that they would enter [a la casa] because he had the creature “, but indicated: “I was not afraid to ride a bike, he used it a lot, he had two or three and he traveled long distances. “

He also commented that “he was a very good therapist”, who even cared for him, and a “great person”.

With this concept another friend and patient of the victim, Diego, who today was to meet the chiropractor agreed. “I arrived when everything had already happened. Dimitri was an excellent professional, an excellent person and father of four children “, he said to TN, from the door of the Neighborhood Police Station 1A, where he testified as a witness.

The man explained that this morning they were both going to meet and, accompanied by another friend named Pablo, they would cycle through a regular circuit that they did on bike paths. Diego He described the victim as “an eminence” and “a spine specialist who healed with his hands.”

In this regard, he said that he recovered from “five herniated discs” and that cared for famous patients, like the president of PRO, Patricia Bullrich; the model Karina Jelinek, and the athlete Jorge “Acero” Cali. “He had more than 300 students, all professionals who did the course with him, because he performed a unique treatment. I travel around the whole world. This person did nothing but work and help others, “he said, and said that Amiryan “I was thinking of opening a column center.”

These were the details of the news Who was Dimitri Amiryan, the man killed in Retiro for this day. We hope that we have succeeded by giving you the full details and information. To follow all our news, you can subscribe to the alerts system or to one of our different systems to provide you with all that is new.