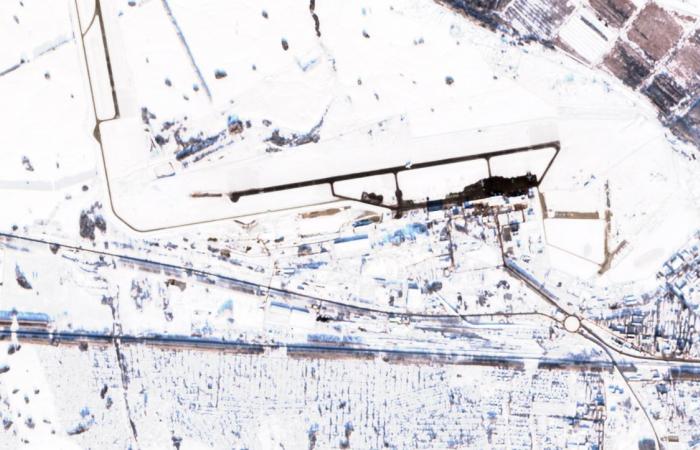 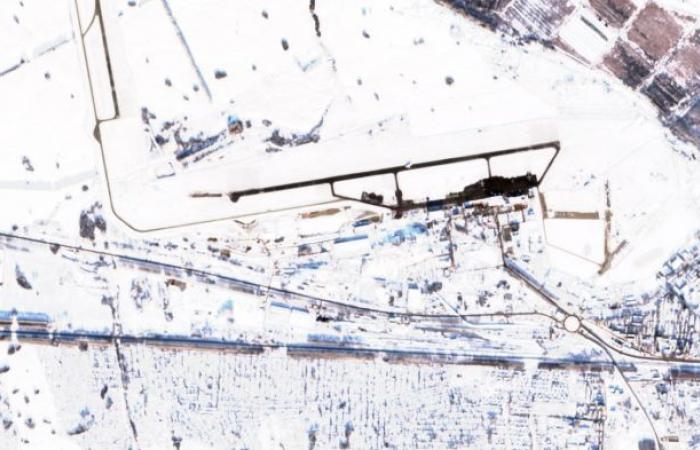 It was supposed to go from Seoul to Vienna, with 84 tons of South Korean auto parts on board. A stopover in Siberia was planned on the flight of the Antonov-124 of the Volga-Dnepr Airlines to pick up fuel for the rest of the route. There were problems there, however: Immediately after flight VI-4066 took off on November 13th from Novosibirsk-Tolmachovo Airport, the crew on board noticed that something was absolutely wrong with their aircraft. At a height of 300 meters there was a hell of a crash in one of the two engines on the left.

Debris from the defective drive unit broke through the fuselage and wing of the world’s largest mass-produced transport aircraft. Electrical cables were cut and the power supply in the entire aircraft collapsed. The instruments in the cockpit, the communication system, nothing worked anymore. Nevertheless, the crew managed to extend the landing gear again and return to the airport.

An image of the European satellite »Sentinel 2«, taken on November 28th, shows the result: The huge aircraft, weighing a total of 250 tons, landed more or less gently on the runway. An impressive flying performance. But because the crew around Captain Yevgeny Soloviev could not use reverse thrust to brake, their machine skidded around 200 meters over the end of the runway, where the landing gear collapsed. The picture shows the resulting wide track in the snow at the end of the runway.

Tanks in action during the rescue

The 14 people on board survived the emergency landing unscathed. The recovery of the aircraft, which had been badly damaged on the fuselage and wings, was a logistical challenge in the frosty environment. Even two tanks were used. It is not yet clear whether the plane will ever be able to take off again.

How the accident came about is still being determined. As long as the cause is not certain, the Volga-Dnepr has decided to take a rigorous safety measure: The entire An-124 fleet of the Russian company, eight planes, remains on the ground for the time being. A total of 60 engines are to be examined. It is hoped that the inspection can be done in a few weeks, said the company’s management.

Some Volga-Dnepr machines are also parked routinely in Germany, at Leipzig-Halle Airport. A subsidiary of the cargo airline operates a maintenance base there. Another picture from »Sentinel 2«, this time taken on November 27th, shows the jets on an apron on the northern runway.

A flight from last week shows that the self-imposed take-off ban for the An-124 from Volga-Dnepr only applies to commercial flights. One of the planes flew from Leipzig-Halle to the company’s home base in Ulyanovsk on the Volga.

Volga-Dnepr is not the only airline using the An-124. In addition to the Russian air force, the Ukrainian Antonov Airlines and the company Maximus Air Cargo from the United Arab Emirates also have the heavy-duty aircraft in their freight fleets. And there they apparently decided to continue operating the aircraft. In the middle of last week, an Antonov Airlines An-124 landed at Leipzig-Halle Airport to fly on to Turkmenistan two days later.

Antonov Airlines transports military goods around the world on behalf of more than a dozen EU and NATO countries, including Germany. Salis (“Strategic Airlift International Solution”) is the name of the corresponding transport program. Like other military transporters, the An-124 can take off and land on relatively short and unpaved runways. Compared to the modern A400M, however, it has a payload that is around three times as high.

Until 2018, Volga-Dnepr was also part of the Salis program. And this despite the fact that after the Russian annexation of Crimea and the conflict in eastern Ukraine, relations between Russia and Ukraine have broken down. Antonov Airlines is now handling the Salis contract alone. And should NATO actually end its engagement in Afghanistan at short notice because of a troop withdrawal ordered by US President Donald Trump, it would hardly be possible without the An-124. This fact may also have played a role in Antonov Airlines’ decision to continue flying the aircraft after the near-disaster in Novosibirsk.
Icon: The mirror

These were the details of the news An-124: Satellite shows consequences of near-crash in Novosibirsk for this day. We hope that we have succeeded by giving you the full details and information. To follow all our news, you can subscribe to the alerts system or to one of our different systems to provide you with all that is new.