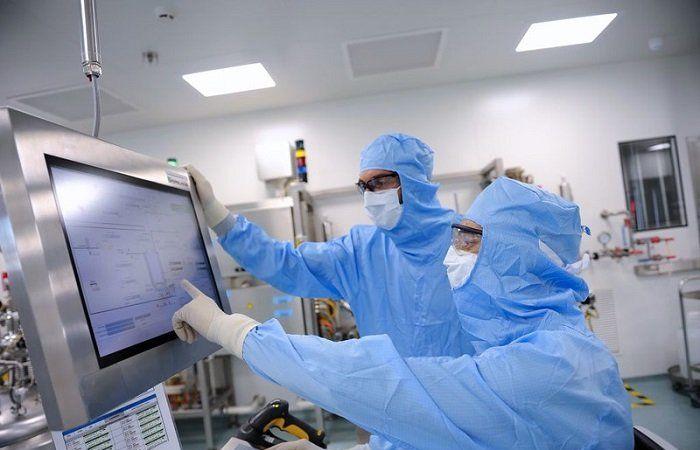 Investigations continue to find a way to end the spread of COVID-19 once and for all. So a group of scientists from Georgia State University managed to demonstrate that the antiviral MK-4482 / EIDD-2801, known as molnupiravir, is capable of quickly blocking the spread of SARS-CoV-2, which could give a radical change to everything that is being done so far to stop the virus.

An antiviral drug, MK-4482 / EIDD-2801 or molnupiravir, is capable of completely eliminating the transmission of the coronavirus in 24 hours, according to research conducted by scientists at the Institute of Biomedical Sciences at Georgia State University, in the United States.

“This is the first demonstration of an orally available drug that quickly blocks the transmission of SARS-CoV-2, so it could be a game changer,” said Dr. Richard Plemper, a distinguished university professor in the state of Georgia and leader of the group that carried out the investigation, according to the Science Daily site.

One of the data that the researcher highlighted is that the drug could be given to those already infected and thus obtain great benefits for them and the rest of society.

It would also mean that in patients who have a more serious disease that complicates their health, taking the drug would shorten the period of infection and, thus, alleviate the emotional and socioeconomic cost of the prolonged isolation of the patient. Thus, local outbreaks could be avoided.

“We observed early on that MK-4482 / EIDD-2801 has broad spectrum activity against respiratory RNA viruses and that oral treatment of infected animals with the drug reduces the amount of viral particles spread by several orders of magnitude, drastically reducing transmission, ”Plemper said. “These properties made MK-4482 / EIDD / 2801 a powerful candidate for the pharmacological control of COVID-19 disease,” he added.

Molnupiravir is an antiviral drug developed at Emory University in Atlanta by its drug innovation company, Drug Innovation Ventures at Emory (DRIVE), which was licensed by Ridgeback Biotherapeutics, which partnered with Merck & Co. It was originally It is intended to treat the flu and prevents the virus from making copies of itself by creating errors during viral RNA replication.

Plemper’s team repurposed MK-4482 / EIDD-2801 against SARS-CoV-2 and used a ferret model to test the effect of the drug in stopping the spread of the coronavirus.

“We believe that ferrets are a relevant transmission model because they easily spread SARS-CoV-2, but for the most part they do not develop a serious disease, which is very similar to the spread of SARS-CoV-2 in young adults,” he said. Dr. Robert Cox, a postdoctoral fellow in the Plemper group and a co-lead author of the study, according to Science Daily.

“When we shared the infected and then treated the source animals with untreated contact ferrets in the same cage, none of the contacts became infected,” said Josef Wolf, a doctoral student in Plemper’s lab and co-lead author of the study. .

If this discovery translates to humans, COVID-19 patients treated with the drug could become non-infectious within 24 hours of starting treatment.

So far MK-4482 / EIDD-2801 is in advanced phase II / III clinical trials where it is being tested at three different doses every 12 hours for five days in COVID-19 patients.

These were the details of the news Goodbye vaccines? Oral drug that eliminates transmission of COVID-19 discovered for this day. We hope that we have succeeded by giving you the full details and information. To follow all our news, you can subscribe to the alerts system or to one of our different systems to provide you with all that is new.