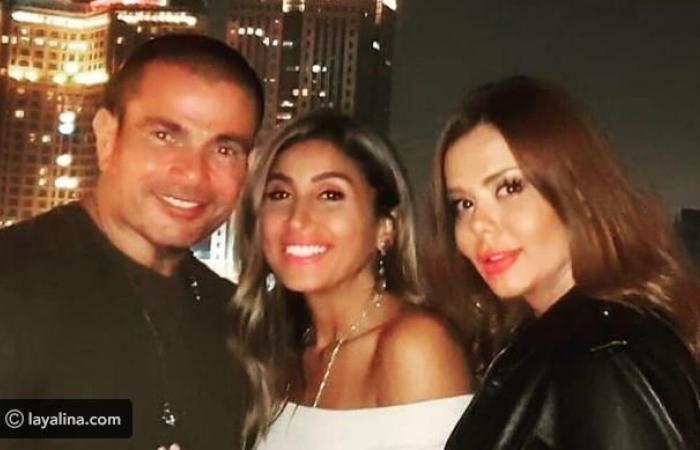 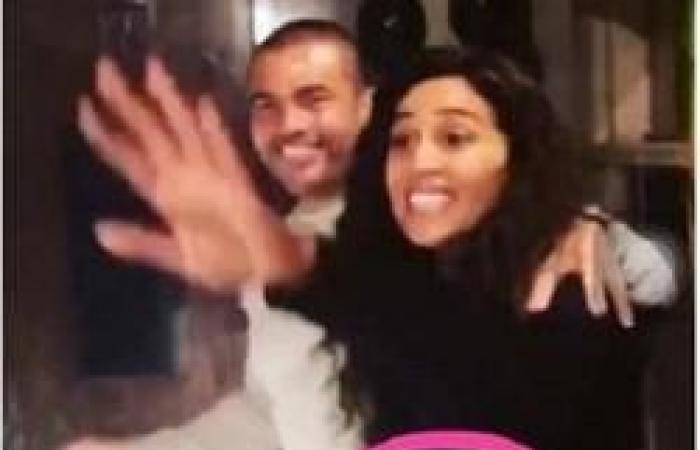 It’s still a story of a breakup Amr diab AndDina El-Sherbiny It carries many details about the reasons that led to the occurrence of the separation, between the stories of jealousy, pregnancy and an official marriage request, none of the duo came out to confirm or deny any of them.

One of the Lebanese magazines recently published a news that Dina El-Sherbiny carried and attached him to a picture in which Dina appeared with a somewhat swollen abdomen.

In response to this news, sources close to the artist Amr Diab and Dina El-Sherbiny refused to confirm or deny what has been reported recently about Dinas pregnancy without Amr Diab’s desire, contrary to the agreement between them.

A source close to them confirmed that the duo had not met for a long time due to Amr Diab’s preoccupation with recording the songs of his new album, and that Dina began filming preparations for her third absolute starring in the Ramadan 2021 drama season.

Regarding the image that we have Al-Sherbiny, in which it appeared with a swollen belly, the source said that it was in summer clothes at the time when Dina appeared at the end of October at Amr Diab’s concert in El Gouna without any protrusion in the abdomen, expecting the image to be old and confirmed that it is difficult for Dina to breach her agreement with Diab, since the beginning of their relationship, and the judge not to have children or to officially declare their marriage, and if the pregnancy occurred and Dina insisted on keeping the fetus, it will be a major crisis because Amr does not want new children while he is close to sixty years old.

See also: Did Dina El-Sherbiny cause Amr Diab’s daughters and their mother to disagree with this behavior?

The source added that Amr, since the beginning of the Corona pandemic, has lived in complete isolation and adheres to strict precautionary measures, including moving away from Dina upon leaving to photograph her artworks for fear of transmitting the infection to him, pointing out that Dina recently finished filming an advertising campaign with the artist Mohamed Saad. Her recent scenes are depicted in several works of art contracted to starring recently, and she is expected to start filming her new series at the end of this December, and if she was pregnant and insisting on completing the pregnancy, she would have announced her apology for the work championship.

Some of the sources close to them recounted the details of the dispute that ended with their separation from each other and Amr Diab’s demand of our Sherbini to leave His apartment After the escalation of differences between them.

According to the sources, the intensity of the dispute increased after Dina El-Sherbiny’s insistence that the relationship between them be formal by marriage in a field attended by everyone, considering that she sacrificed a great deal for the sake of continuing her relationship with Amr Diab, at a time when Amr Diab believes that he added a lot to our artistic level due to his relationship with her. Starting with helping her lead dramas in the most important season of the year, the Ramadan season, and placing her name in the first rows.

See also: Dina El-Sherbiny gave up this condition for her relationship with Amr Diab

A source close to them explained that the last thing Amr Diab told us, we have Al-Sherbini, “You would have kept a star, but you keep Faten Hamama, you keep Anam Salousa,” and that before the plateau categorically asked her to leave the house, “I will come down an hour, I return Malakish.”

As for the phrase “Hanzal and return Malakish” … it was not the first time that he uttered it, as he had already threatened it at the time of the series Zay Al Shams, where he thought that everything he did with her was enough for the relationship to be in the light, but Dina decided according to his point of view to turn Because of the minor matters that most girls are interested in, other than their interest in the issue of childbearing, which the plateau overlooked for years and had four children from his previous marriages, but in the end, it was not denied that it was her right, but the agreement between them was not like that.

These were the details of the news Did Dina El Sherbiny’s pregnancy cause her separation from Amr Diab? for this day. We hope that we have succeeded by giving you the full details and information. To follow all our news, you can subscribe to the alerts system or to one of our different systems to provide you with all that is new.