Media showdown between the DGSN, Mohamed Ziane and Wahiba Kharchich 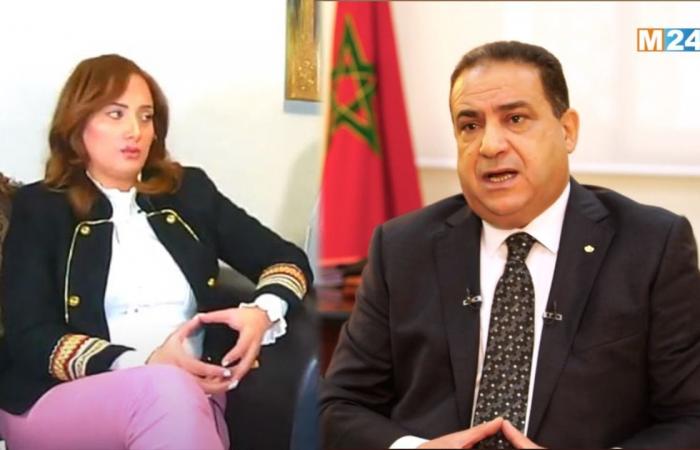 This week, police officer Wahiba Kharchich spoke for the first time about her differences with the General Directorate of National Security (DGSN) and the harassment she said she had suffered from her superiors. From the United States, where she is now installed with her husband and daughter after her suspension from the police force, she spoke on the Touhfa Show YouTube channel, returning to the origins of the case. She accuses the institution of having covered Aziz Boumehdi, head of the prefectural security of El Jadida at the time of the facts, in 2014.

Newly appointed that year, the manager would have worn Wahiba, according to the account of the policewoman, who said that she ended up filing a complaint against him in 2016. She believes that since then, he would have been entitled to preferential treatment , by being “promoted thanks to his brother-in-law” who is Abdellatif Hammouchi, director general of the DGSN. In return, she considers her transfer after her revelation of the harassment facts as reprisals against her.

Pressure since the harassment complaint

Then follows a long psychological war, which Wahiba Kharchich describes in the video, where she also mentions threats targeting her and her small family. According to her, her salary was frozen, then she was banned from leaving the country, on grounds of the ongoing investigation after her complaint. The suspended officer then said to have been at the heart of a chain of events, which led her to flee the country through the Spanish enclave of Melilla, to reach San Francisco.

After having exhausted the legal and administrative means of which she deplored the limits, the policewoman declared to have seized the Royal Palace through a letter, very recently. “Instead of getting a response from the Royal Palace, I got a response through the libel media, which published fabricated videos,” she asserted. Indeed, Wahiba appeared in images recently relayed by certain media, where she is seen with her lawyer, Mohamed Ziane.

In this sense, Wahiba Kharchich denounced the media campaigns targeting the former president of the bar, which began shortly after the latter spoke about the case of his client. She reaffirmed that the leaked images were “false and fabricated”, in a logic of “revenge on Me Ziane, that many thought to be behind [sa] exit from Morocco ”. According to her, he would not have helped her “in any way to cross the border of Melilla”.

“Me Ziane did not allow me to leave Morocco because I never spoke to him about it. I hadn’t announced my departure in this way to anyone, because I was sure that, being closely watched, I would never have gone out if I had verbalized it. ”

The policewoman finally accused the DGSN of ignoring a case where the institution would be “directly implicated”. In addition, she accused her representative of being behind the leak of the images, but also of personal information concerning the contact details of her husband.

The DGSN reacts to the Wahiba Kharchich affair

Accusations serious enough to make react the director of the judicial police within the DGSN, who spoke this Saturday, December 5. In an interview with MAP, Mohamed Dkhissi lamented that some parties are taking advantage of the margin of freedom that the new media allow to divert it for personal gain, disseminate false information or even defame people and institutions.

The one who is also director of Interpol in Morocco stressed that the kingdom had experienced a significant change in terms of rights and freedoms, while indicating that “no one has the right to exploit this development to make statements that include insults, defamations and attacks on people’s honor ”.

In the same interview, Mohamed Dkhissi underlined that the Wahiba Kharchich affair has “passed all the judicial stages”. “All the legal and administrative procedures required in this case” have been carried out, he insisted. According to him, the conclusions were submitted to the General Directorate of National Security, before the General Inspectorate goes online to listen to the suspended official.

“The written instructions I received from the director of national security indicate that ‘we must apply the law, spare no one and go to the end’,” said Mohamed Dkhissi, hence his request to the Brigade. national judicial police (BNPJ) to open an investigation, under the supervision of the prosecution. He also said that Aziz Boumehdi was listened to, before the examining magistrate decided not to prosecute.

“The prosecution and the defense of the person concerned appealed against this decision of the investigating judge, which was confirmed, before the case was brought to cassation, where the decision was again confirmed”, added Mohamed Dkhissi. In the same sense, he assured that Aziz Boumehdi “did not benefit from any privilege”.

A week after the leak of the video implicating Me Ziane and Wahiba Kharchich, the person in charge finally revealed that the justice “gave instructions to the judicial police to carry out a detailed investigation and initiate all the procedures”.

These were the details of the news Media showdown between the DGSN, Mohamed Ziane and Wahiba Kharchich for this day. We hope that we have succeeded by giving you the full details and information. To follow all our news, you can subscribe to the alerts system or to one of our different systems to provide you with all that is new.