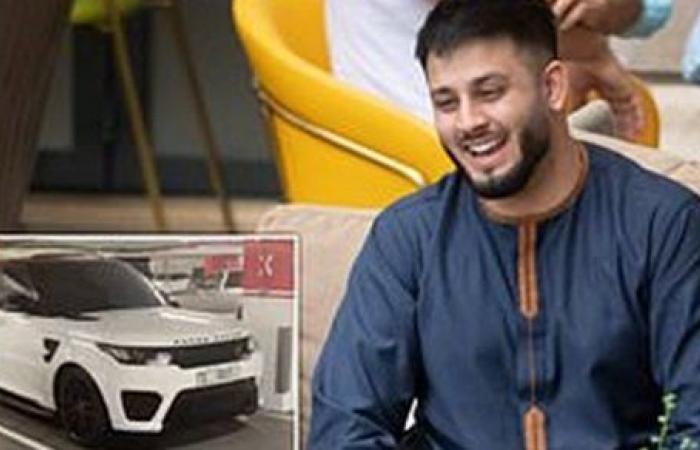 Sajid, by virtue of his work at a bank in Yorkshire, Britain, also trades in the fake certificate form for others for 500 pounds, which means that hundreds of Britons may have taken flights while carrying the virus.

The reckless crook puts the lives of the world’s population at risk without the slightest sense of guilt, and promotes himself publicly through his personal accounts on social media, by selling fake negative Corona virus certificates so that the British can travel abroad.

Daniel Sajid, 21, told undercover reporters in a camera interview that he had already sold up to 50 documents required to enter several countries.

But in addition to selling them individually, the bank agent runs the illegal business as a franchise and trades fake certificate template to others for £ 500.

This means that hundreds of Britons may have taken flights with false negative results, while their test results were positive for infection with the Coronavirus.

Sajid boasted of spending the proceeds from his inhumane work on luxury cars in Dubai, where he traveled from Britain last week using one of his fake documents.

He said he had hoped to rent a Lamborghini before returning home this week, and he has been dubbed “the trickster of Dubai.”

In other footage online, he appeared standing in a rooftop nightclub at the glamorous Five Palm Jumeirah in Dubai.

And he boasted of spending 500 pounds in just one night at the place, stressing that he did not know how much he earned from the fraud, explaining: “I spent it completely with my friends in Dubai.”

Sajid, who is expecting a spike in his optional business to make tourist travel possible once again, showed no concern or sympathy when undercover reporters told him that one of those buying the fake certificates had tested positive for Corona and he is now in hospital between life and death.

The fraud, who advertises publicly on social media, said the flaw was easy to exploit because it is almost impossible for airlines and border personnel to verify if the documents are original.

He confirmed that he is planning a second scam when he starts the vaccination program if similar certificates are issued as evidence that the person has received the vaccination.

These were the details of the news He lives as a king in Dubai .. The biggest fraudster... for this day. We hope that we have succeeded by giving you the full details and information. To follow all our news, you can subscribe to the alerts system or to one of our different systems to provide you with all that is new.

PREV Ukraine’s Zelenskiy to Putin: Meet me for peace talks in conflict zone
NEXT Youth join mainstream as India unveils development initiatives in Jammu and Kashmir