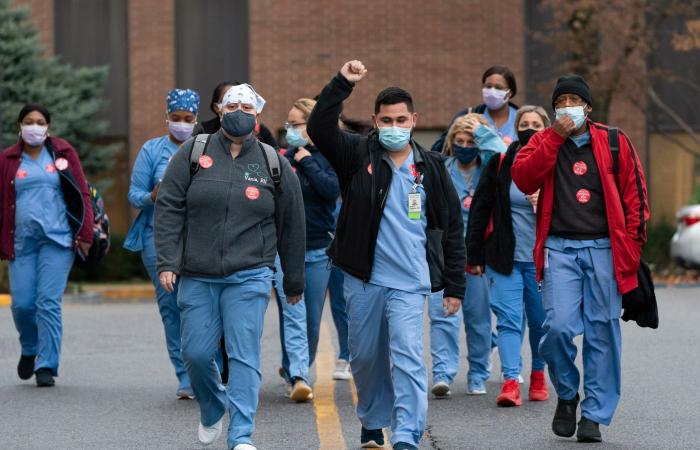 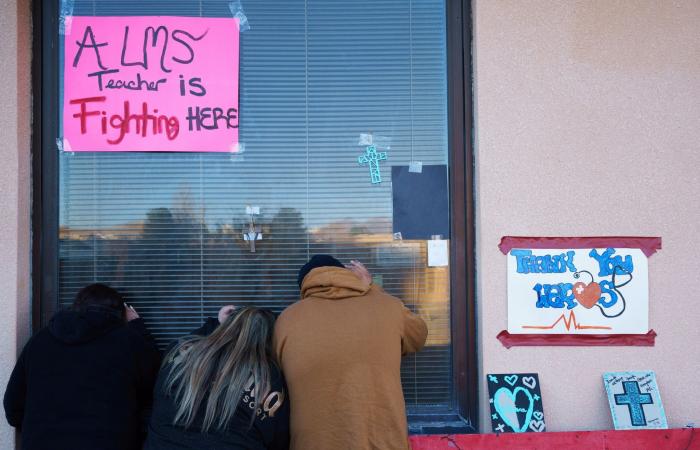 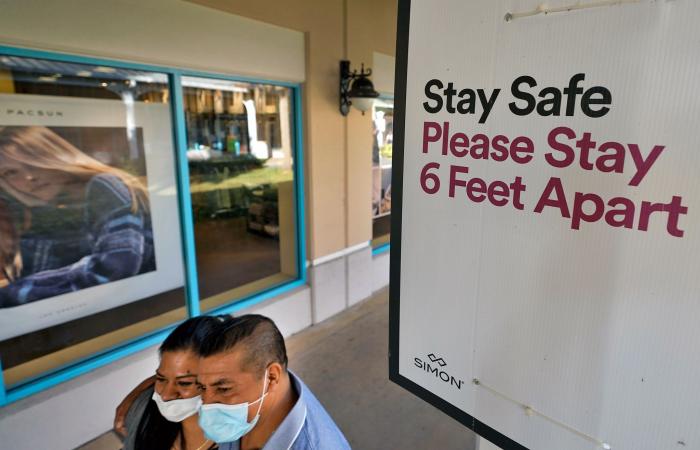 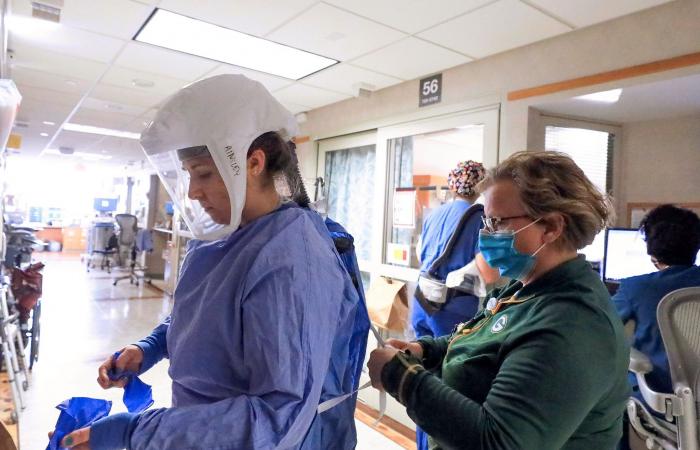 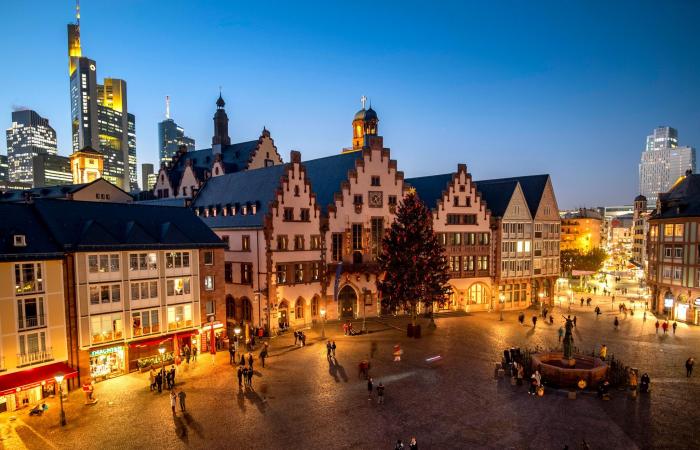 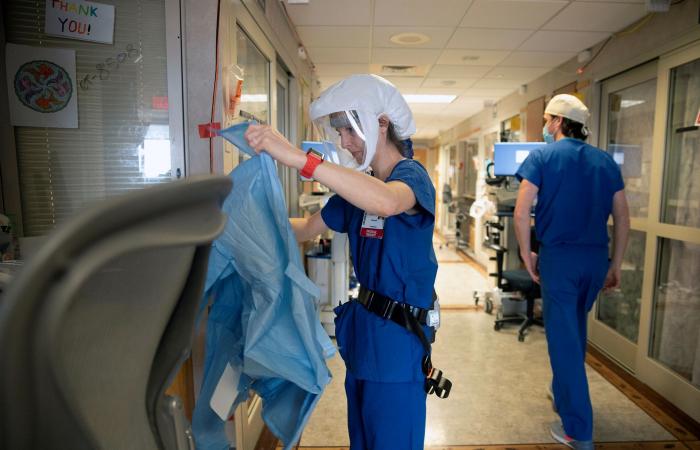 The virus has moved from region to region since the beginning of the pandemic. But now the whole United States is affected at once.

– Our people are tired. They see no end to this.

U.S. health workers are exhausted. For months, they have been working around the clock. And the workload does not decrease. Americans are being infected at an ever-increasing rate.

This week, for the first time, American hospitals had more than 100,000 corona patients admitted. The number has more than doubled since last spring, figures from the Covid Tracking Project show.

Several places lack health care personnel and capacity. Field hospitals are being built in some places.

– Our health personnel have stretched as far as they can, and there will be a point where treatment is made very difficult by the fact that we simply do not have these health workers anymore, says Michael Osteholm to CNN. He is one of Biden’s coronary counselors and head of the Center for Infectious Disease Research and Policy. 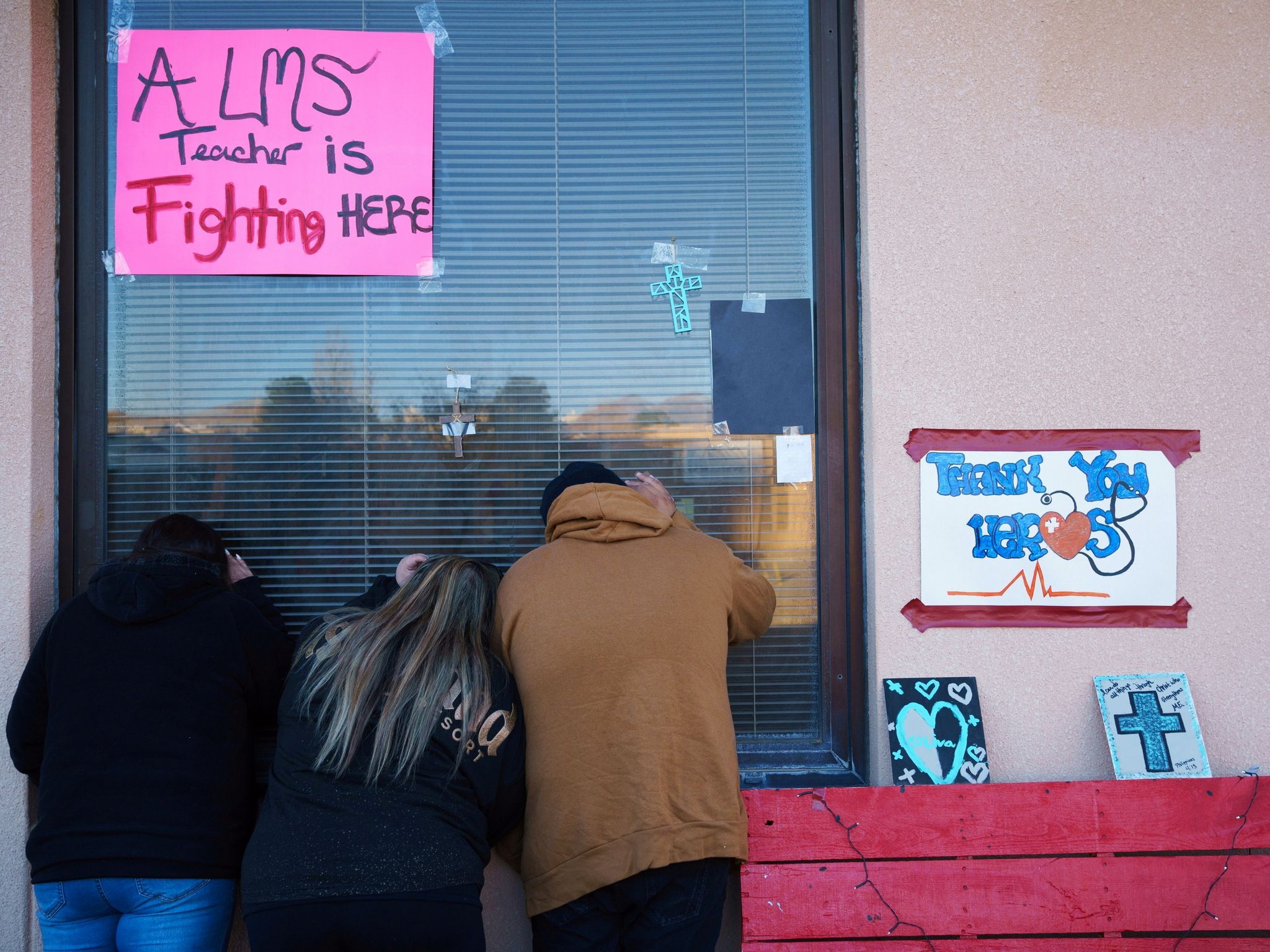 Thanksgiving Autumn Thanksgiving: “Every time I look out the window, I have to check if she’s breathing.”

This week, the United States passed 14 million registered infected. That is around 5 million more cases than the next country on the list, India. However, it may have to do with the number of people tested.

In one day, 210,000 new cases were registered – the highest number since the beginning of the pandemic, according to Johns Hopkins University.

3157 corona deaths were also reported within 24 hours. It is more than at worst during the first wave of infection in April.

This means that more than two people die per minute in the United States. In total, over 282,800 have died.

Medical experts believe it could get worse.

At first, one is worried about what effect the Thanksgiving celebration will have. Last week, millions of Americans defied the national health authorities’ call not to go home during the holidays.

With the onset of winter, outdoor activities will also be replaced with indoor activity. America’s top infection experts fear that most Americans have shrugged their shoulders.

– The reality is that December, January and February will be difficult. I actually think it will be the most demanding time for public health in our history, says Robert Redfield, head of the US National Infection Control Center CDC, according to NTB.

Redfield fears that the country’s death toll could reach as high as 450,000 by the end of February. 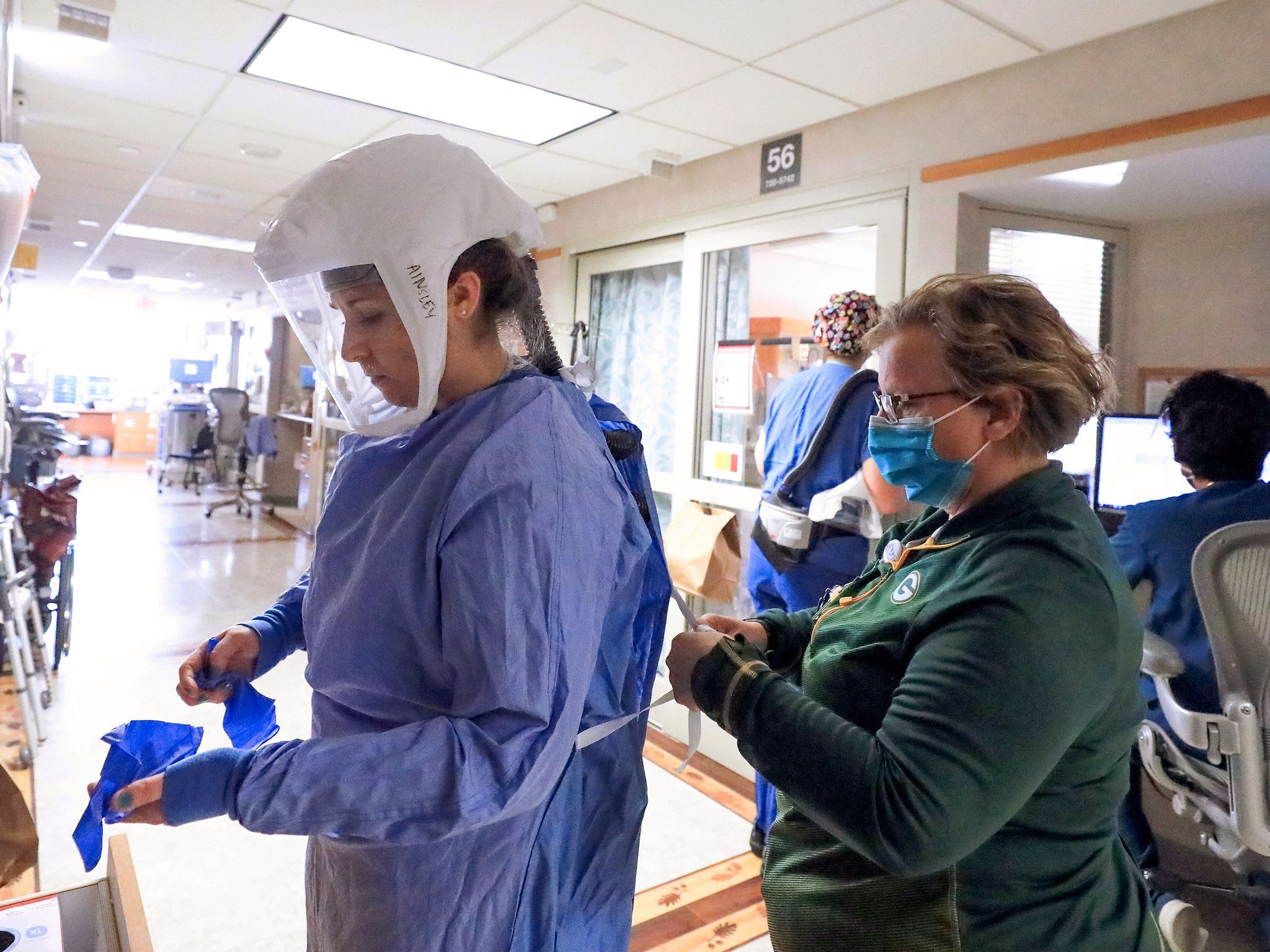 Capacity exploded at hospitals in the US: – We are depressed, discouraged and tired

Scattered throughout the country

When the pandemic first swept across US borders this spring, it was mainly the largest cities that noticed the virus’ ruthlessness. Especially in the northeastern part of the country. In New York, temporary morgues were set up. One in 350 inhabitants of the city has died as a result of the coronavirus.

But eventually the virus began to move from region to region. This summer, it was the southern states that bore the main burden. By the autumn, the hospitals in the Midwest and on the west coast will be filled.

But in the last two months, the virus has gained a foothold across the country.

It’s not just the big cities that are struggling. Local communities are also hard hit in rural areas. Medium-sized cities must close down. So do entire states. California, with nearly 40 million inhabitants, is now entering its second shutdown since the pandemic began.

– The most worrying thing is that the epidemic is spreading in all regions throughout the United States. Other eruptions or waves have been more limited to certain regions. Now we see a disturbing trend across the country, says Spencer Fox at the University of Texas, writes NTB. 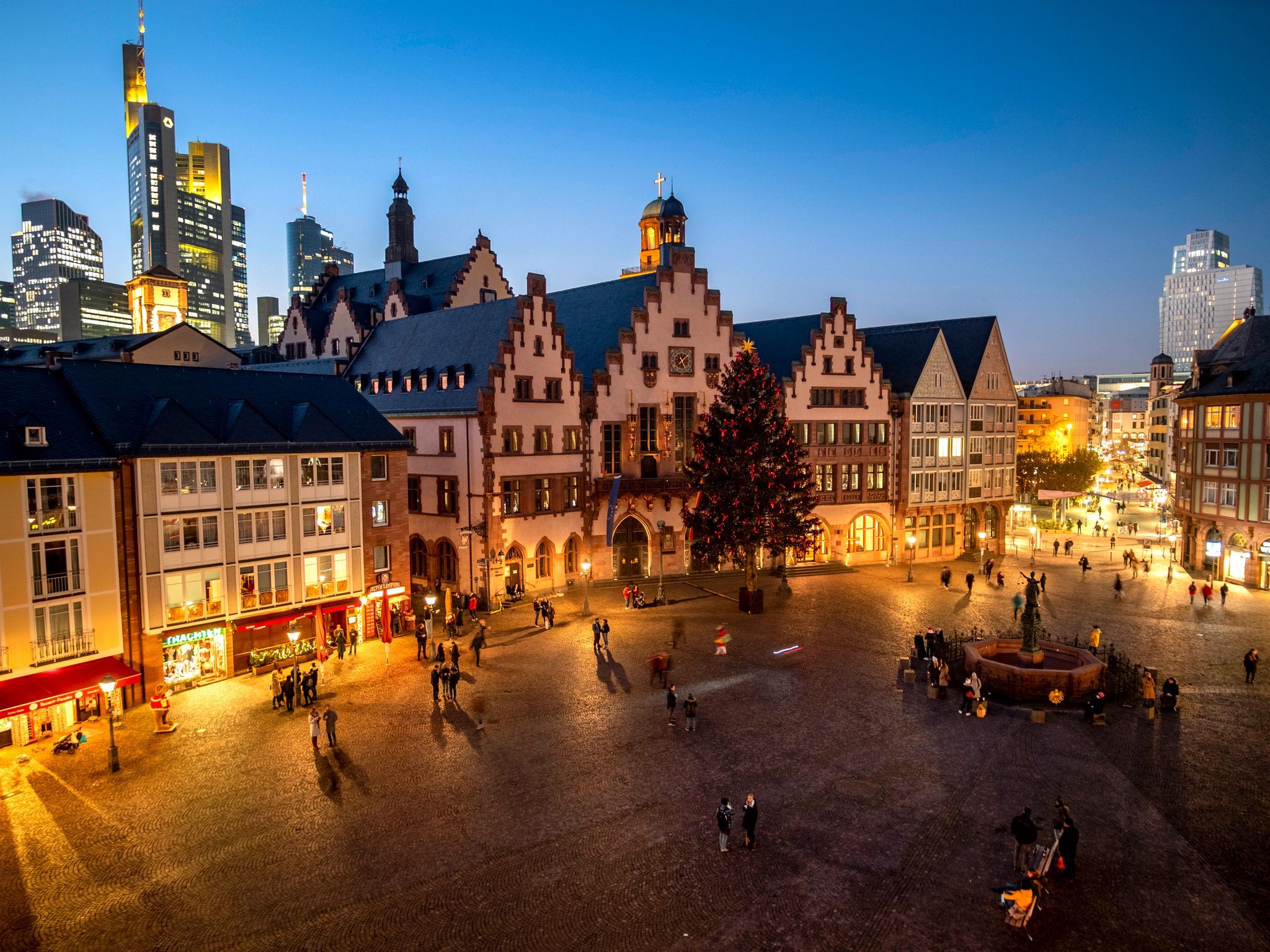 The virus has crept into small places that were thought to have been spared.

The small town of Cumberland in Maryland has been virtually infection-free through the pandemic. Even when infection rates in neighboring regions began to rise, they managed to ride out the storm.

But then came Halloween.

She and her husband were infected and admitted to the county hospital. The Cumberland region suddenly had the 14th highest infection rate in the country for urban areas.

– It happened quietly. All of a sudden it was really bad, says Macgill.

Will vaccinate 100 million in a few weeks

Fortunately, not everything is dark. Good corona news has given the whole world hope. Also in the United States.

It is soon expected to have approved Moderna and Pfizer-BioNTech vaccines.

The country’s authorities hope to vaccinate 100 million people by the end of February, one of the authorities’ corona advisers, Monclef Slauoi, said this week.

It makes up about 40 percent of the United States’ adult population.

But the critical months are still ahead of the country, health experts warn. And Christmas is coming soon.

These were the details of the news Americans are being infected at record speed. It is now... for this day. We hope that we have succeeded by giving you the full details and information. To follow all our news, you can subscribe to the alerts system or to one of our different systems to provide you with all that is new.