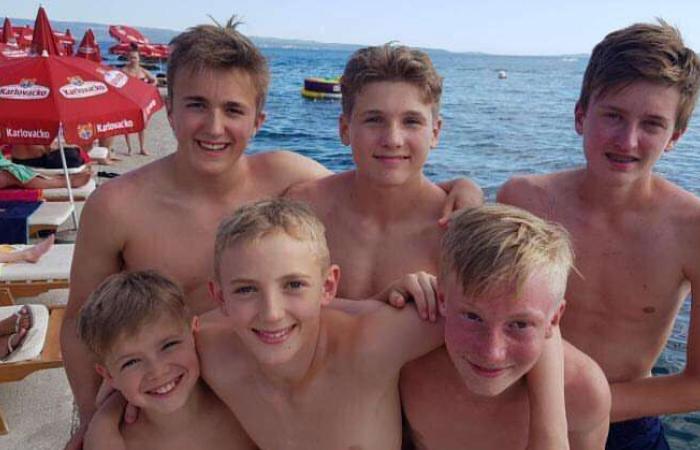 Over a million children jump in Norwegian trampoline parks every year.

No one knows how often it goes wrong.

When Tomas (14) landed in this jumping pit, he became paralyzed from the neck down.

The well-trained 14-year-old rotates in the air. In the middle of the third somersault, it happens. The seconds in the trampoline park change Tomas’ life forever.

Less than 30 minutes ago

The boy is ready on the big trampoline. He is muscular and sinewy, as tournaments become.

His plan is to do a triple front flip. Three quick somersaults in a row before landing on your feet. It is one of the most difficult tricks.

Beforehand, Tomas and his friend have been down in the landing pit to check that there are enough foam pads there. Security, always security. The idea is carefully imprinted in Tomas.

He has been an active gymnast since he was five years old. He is now 14 and trains gymnastics for up to 3 hours a day.

Thomas takes charge. Around him in the hall are shouts and laughter. It is a Sunday in January, and around 40 children and young people are bouncing around in the trampoline park Flipzone in Bergen.

He gets good height. Probably he is approx. 2.5 meters above the landing pit as he grabs around the knees and pulls them up to the upper body. Then he starts spinning. A somersault in the air, another somersault.

What happens to him in the third somersault, no one knows.

The three who are eyewitnesses to the jump will later tell that he suddenly spins out of the somersault. He’s like a straight line in the air.

The park rules say: “Never land on your neck or head”. But when Tomas crashes into the jumping pit, it is with his head first.

Below him there is just under 1 meter of foam pillows and a 60 centimeter thick air mattress. Under the air mattress there are wooden boards.

*The article has been translated based on the content of Source link by https://www.aftenbladet.no/magasin/i/wedexn/det-siste-hoppet
. If there is any problem regarding the content, copyright, please leave a report below the article. We will try to process as quickly as possible to protect the rights of the author. Thank you very much!

These were the details of the news When Tomas (14) landed in this jumping pit, he became paralyzed... for this day. We hope that we have succeeded by giving you the full details and information. To follow all our news, you can subscribe to the alerts system or to one of our different systems to provide you with all that is new.