Switzerland, Andorra, Italy … who opens, who closes for the Christmas holidays? 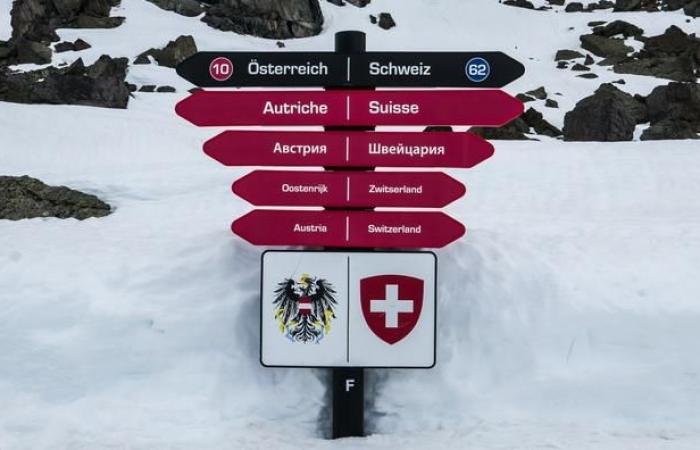 A few weeks before the end of the year celebrations, failing to agree on the opening dates of the ski lifts, France and its neighbors are operating restrictions in dispersed order, while the Covid-19 continues to be rife.

A cacophony. A few weeks before the Christmas holidays, Europe appears well divided on what to do with the opening date of ski lifts in ski resorts for these end-of-year celebrations, against the backdrop of Covid-19. After seeking a common position for a while under the leadership of France and Germany, the main countries concerned by winter sports have each taken specific measures, some of which continue to evolve.

Read also :Where can the French travel at Christmas and the next few weeks? Our map, country by country

In France, resorts open but without ski lifts

In France, after the deconfinement of December 15, you can go to the resorts of the territory – from today if you live less than 20 km -, but it will be for Nordic skiing, snowshoeing, sledding or hike. Alpine skiing is absent from the program, since the ski lifts will be at a standstill, until a date in January which should be announced before mid-December. The executive’s decision remains strongly criticized by mountain professionals. Bars and restaurants will also be closed at altitude, as everywhere in the metropolitan area. Their reopening is scheduled for January 20, at the earliest.

Read also :Without downhill skiing, what we can do in the resort at Christmas

As for those who have in mind to go down the slopes in another country during the holidays, Emmanuel Macron warned Tuesday: “Restrictive and dissuasive measures” will be taken against them. Prime Minister Jean Castex followed suit on Wednesday, envisioning a seven-day isolation period for those returning from ski vacations abroad, with random checks at the country’s borders.Spain or from Suisse, if the prefects so decide.

Read also :How Val-d’Isère is preparing for a Christmas without classic alpine skiing

Asked about this possibility, a spokesperson for the Swiss Ministry of Health told AFP that“It was not for the Swiss authorities to comment on the decisions of the French authorities”. After an interview with Emmanuel Macron, Belgian Prime Minister Alexander de Croo held a line similar to that of France, deeming necessary “Solidarity between countries” Europeans on this file and warning that border controls would be carried out for Belgians going on vacation abroad.

Read also :Ban on skiing outside the borders: a measure that arouses incomprehension and jeers

In Germany, no skiing

L’Germany , which holds the presidency of the European Council until the end of the year, sought to obtain a ban on ski trips until January, without succeeding in convincing all its European neighbors.

But Bavaria has decided and will not open its ski areas for the end of the year. “The problem is obviously not to go down a track” more “Everything that goes around, in the lifts, in the evenings after skiing”, underlined the Bavarian leader Markus Söder. He is considering stepped up roadside checks at the borders at Christmas for those who would feel like skiing on Austria’s neighboring slopes, because “It’s not very complicated to recognize who comes back from skiing”.

The closure of German stations is “catastrophic“From an economic point of view, lamented Matthias Stauch, president of the German ski lift federation.

In Switzerland, the exception

Some ski areas such as Verbier, Gstaad or Saas-Fee have already opened in Suisse Aletsch Arena plans to do so on December 12, its website announces. The country, which is not part of the European Union, intends to combine health protocols and economic imperatives to open its stations during the holidays. “Closure is not an option. We will eat and ski in the resorts at Christmas”, Assured Christophe Darbellay, president of the Valais Council of State at the end of November.

The latter says he is ready for the season, with studied health protocols: wearing a mask, distance to respect in queues, gauge applied to ski lifts … In Valais, the reopening of the bistros is scheduled for mid-December, except health disaster. “It is essential that restaurants can reopen and that people can warm up between two runs.», Emphasizes Bruno Huggler, director of Crans-Montana Tourism, excluding take-away as a sustainable solution.

SEE ALSO –Covid-19: in Switzerland, ski resorts redouble their efforts to save the winter season

Ischgl, St Anton… L’Austria, first ski destination in the world in number of skier-days (ahead of the United States and France, in the 2019-2020 ranking) and one of the most dependent on winter tourism, plans to once again authorize individual outdoor sports air, including skiing, starting December 24. Tourism infrastructure, including hotels, will however remain closed until January 7, Chancellor Sebastian Kurz announced on Wednesday. The country must begin its deconfinement on December 7.

Read also :Freestyle skiing and panorama in St. Anton, in the Austrian Alps

The three ski resorts ofAndorra (Grandvalira, Ordino-Arcalis, Pal-Arinsal) will they be open during the Christmas holidays? The government of the Principality, nestled between France and Spain, will decide these days. But the stations had already announced that the opening scheduled for December 4 was postponed to December 19. A date which, since, awaits confirmation. Hotels, bars, restaurants … have never closed. “We are postponing the opening date, pending the decisions that the authorities will take next week”, warned on their website last week the resorts of the Principality, where the winter sports season weighs 30 to 40% of annual GDP.

Theoretically, nothing prevents the Pyrenean confetti from opening its ski resorts. But France has a great influence in this country of 70,000 inhabitants, since the French president is co-head of state there. And this “competition” would be frowned upon for the hexagonal stations located not far from there …

“All the possibilities are on the table”, proclaimed the head of government, Xavier Espot, last Friday, after a meeting with various leaders, politicians and executives from all ski resorts to assess the start of the season. “We have to see what is the best decision for the interests of our country ”, he added.

Read also :Grandvalira, princess of the slopes in Andorra

In Italy , the head of government Giuseppe Conte once mentioned the idea of ​​coordination with France and Germany for a “Common European protocol” on the ski season, without succeeding in making it succeed. A government decree on anti-Covid rules for the holidays is expected shortly. According to information from the transalpine press, it should endorse the closure of ski slopes and ski lifts. Italian Health Minister Roberto Speranza said Thursday before the Senate that it was necessary “Avoid potential trips to tourist places linked to skiing”.

This was without counting the region of Valle d’Aosta, which is resisting, claiming its autonomy from the public authorities in the management of the health emergency and in particular its desire to reopen its ski lifts.

L’Spain plans to open its ski resorts, but the conditions remain to be defined between the central government and the regions, according to the Minister of Health Salvador Illa. “We are still planning to reopen on December 11 for now. It started to snow so everything is ready, but we have no certainty ”, according to a spokesperson for the Baqueira-Beret station in Catalonia. A situation which could evolve: the country decided on the evening of December 2 to put itself under a bell for the end of year celebrations. Extensive curfew and strict limitation of travel between autonomous communities could effectively destroy any inclination to go down the Spanish slopes of the Pyrenees or Sierra Nevada, in Andalusia.

Read also :Baqueira Beret, the luxury of the Spanish Pyrenees

Finland, Sweden, Poland, Bulgaria … do not give up alpine skiing

In northern Europe, the Finland remains closed to foreign tourism to this day. The Franco-German desire to coordinate the opening dates of the alpine ski season is seen as an ukase. And a non-opening would be «fatale» for certain sectors of the Finnish economy, protested on November 27 the Finnish Ministry of the Economy.

“The majority of people who come to our ski resorts are locals. It would be very bizarre to close these stations when the situation in our country with regard to the virus is nowhere near as bad as in other European countries ”, ministry spokesman Mika Lintila told AFP. Such a decision would be “A death blow” for the tourism industry in Lapland, where the most popular resorts are located. “It is quite possible to respect the necessary distances on the slopes and on the ski lifts. There are many more dangerous places than ski resorts ”, said the head of the Finnish Association of Ski Regions, Harri Lindfors.

In Sweden, a state health services epidemiologist Anders Tegnell, also said his country did not need to close its ski resorts. “You have to remember that there is a big difference between the ski resorts that we have in the north and those that you have in the Alps.“, did he declare.

East of the Old Continent, the Poland has decided to open its slopes this winter, but only for the local population and during school holidays. However, Health Ministry spokesman Wojciech Andrusiewicz said he would take measures to limit movement in the country and that Poles should not rely on the possibility of converging on the mountains.

In Bulgaria, the resort of Bansko, European mecca for “low cost” skiing, plans to open as the country faces an outbreak of the epidemic and saturation of hospital services.

These were the details of the news Switzerland, Andorra, Italy … who opens, who closes for the Christmas holidays? for this day. We hope that we have succeeded by giving you the full details and information. To follow all our news, you can subscribe to the alerts system or to one of our different systems to provide you with all that is new.