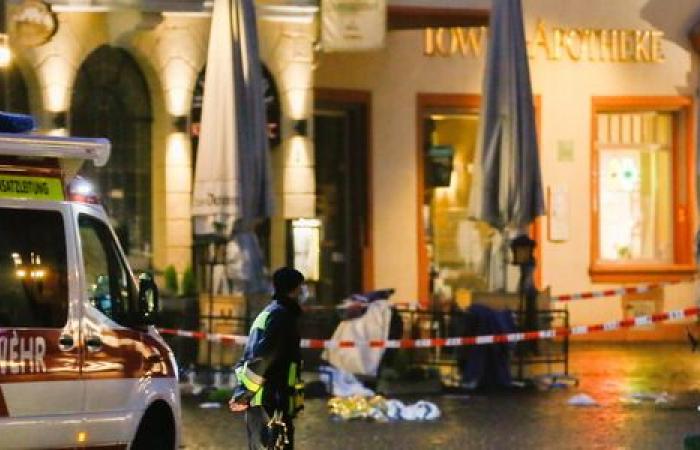 The balance of victims of Tuesday’s attack in Trier, where a man ran into a group of people in a speeding car, increased to five, police said. The number of injured reaches 15. “The perpetrator has been arrested, his car is in the hands of the police” – stated in the press release.

Four people died in Trier, where a driver ran into pedestrians on a pedestrian street
/JULIEN WARNAND /PAP / EPA

The police announced the new balance of the attack victims via Twitter.

The attack took place on Tuesday afternoon in the city’s promenade in Trier. Among the victims is a nine-month-old child, three women: a 25-year-old, a 52-year-old and a 72-year-old, and a 45-year-old man, Rhineland-Palatinate Interior Minister Roger Lewentz reported. The condition of many of the injured is assessed as very serious.

“Panic broke out in the group where the car hit. People who were hit first were thrown up by the momentum and then they fell to the ground,” writes the Reuters news agency, citing eyewitnesses.

– The man may have had mental problems. Specialist tests will be required to confirm this, it was announced during a press conference held immediately after the event.

In the evening, the German police revealed that a 51-year-old man from Trier was behind the wheel, with no fixed address and spent the last few nights in the car. Just before driving into a group of people, the man was furious. The car he was driving was not registered in his name. The man borrowed it a week ago. Interior Minister Lewentz said at a press conference Tuesday night that the perpetrator was zigzagging on purpose to “track down people and hurt them.”

National Attorney Peter Fritzen revealed that the man was intoxicated. His blood was 1.4 per mille. He also made a reservation that the police were not currently investigating the thread of his possible connections with Islamist groups. The man was not punished – he informed. There is no indication of a “terrorist in some way”, political or religious motive, the prosecutor assessed.

– It seems that we are dealing with a perpetrator with mental problems, but we should not rush to draw premature conclusions – Wolfram Leibe, the mayor of Trier, said in a statement for the media.

These were the details of the news Germany: Five people died in Trier for this day. We hope that we have succeeded by giving you the full details and information. To follow all our news, you can subscribe to the alerts system or to one of our different systems to provide you with all that is new.