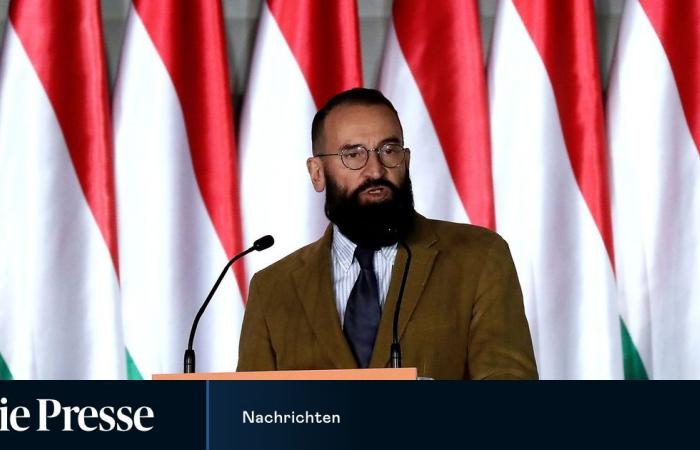 The prominent lawyer and politician József Szájer from the ruling party Fidesz was caught red-handed in a club at a festival illegal because of Corona. He is a founding member of Fidesz and co-author of the current constitution of Hungary.

A party in the city center of Brussels that is forbidden because of the corona rules is likely to have particularly unpleasant consequences for some participants: As the Belgian, British and now also Hungarian media report, they had Grand Place at the wild party in an apartment above a bar near the main square Diplomats from previously unnamed countries and an EU MP from Hungary also took part.

This, József Szájer (59), belongs to the right-wing national ruling party Fidesz of Prime Minister Viktor Orbán. When the police stormed the apartment, he tried to escape through a window on the first floor and across the facade, but it failed.

Local of the gay scene

Szájer admitted his participation in a broadcast on Tuesday. He didn’t take drugs. The ecstasy pills found on him were not his. After an oral reprimand, the police took him to his official home, he said. He regrets that he has violated the rules of the ban on gatherings caused by Corona and therefore accepts the sanctions. According to the public prosecutor’s office, the celebrants face a fine of 250 euros each and the organizers up to 750 euros. The authorities also want to investigate Szájer for drug possession. But only after his parliamentary immunity has been lifted.

Woman is a constitutional judge

Szájer is married and has one daughter. His wife is a prominent lawyer, head of the highest judicial authority and currently a constitutional judge on a “ticket” from Fidesz.

The EU Parliament said that the Hungarian would not be helped with regard to his remaining immunity, because this would not apply to such private transactions. Participation in such a party is not illegal in itself, but under the current rules it is.

The Hungarian, who comes from Sopron (Ödenburg) on ​​the border with Austria, had only given back his mandate on Sunday. According to the broadcast at the time, participating in current political struggles would mean “an ever greater emotional burden” for him. His resignation, which he wanted to postpone by the end of December, followed a “long-lasting deliberation”. In his broadcast on Tuesday he specified the real reasons: The resignation announced on Sunday should be seen as a consequence of this “misstep”.

Szájer is a co-founder of the Fidesz party, which he chaired from 1996 to 2003 as deputy chief. The qualified lawyer came to the Hungarian parliament in 1990, where he was head of the Fidesz group for eight years and vice-president of parliament for two years. In 2004 he was elected to the EU Parliament, where he was Deputy Head of the Group of the European People’s Party (EPP) until 2019. He lost this position after Fidesz’s EPP membership was suspended in 2019 due to repeated conflicts.

“Praised” because of “incidents”

According to information from well-informed circles, Szájer was said to have been “praised away” on the Brussels political stage for having had homosexual and sexually connoted incidents of a different nature. Szájer could not be reached on Tuesday evening for a statement.

The lawyer taught constitutional law in England and the USA and in 2011, as head of the constitutional committee, played a key role in the drafting of the new Hungarian constitution, which, according to criticism from the EU, does not comply with the rule of law and creates a basis for the country’s authoritarian order .

These were the details of the news Hungarian MEP stumbles upon sex party in Brussels for this day. We hope that we have succeeded by giving you the full details and information. To follow all our news, you can subscribe to the alerts system or to one of our different systems to provide you with all that is new.