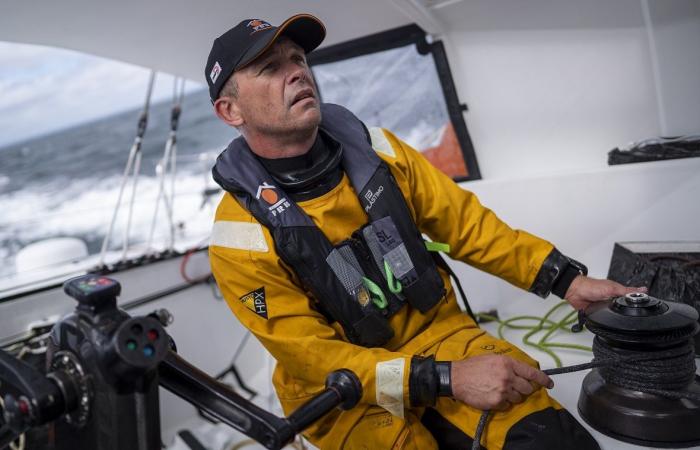 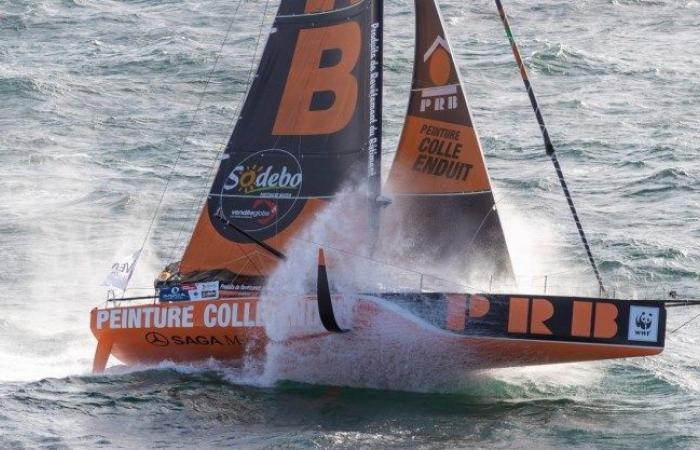 Kevin Escoffier triggered his emergency beacon, this Monday at the beginning of the afternoon, on the 22nd day of racing. At 2:46 p.m. (French time), precisely. The skipper of PRB, who was then in third position of the Vendée Globe, explained to his crew ashore that there was water in his boat and that it was threatening to sink. He was then in the 40th Roaring, an area of ​​the southern hemisphere known for its strong winds. Southwestern South Africa. It was heading towards the famous Cape of Good Hope, a rocky promontory south of Cape Town, which marks the south-to-east passage for navigators.

The Cam spoke with him, before losing sight of him

As soon as Escoffier was called for help, the race director asked Jean Le Cam, the closest competitor, to change his way to go and assist him. The oldest of the fleet arrived in the area around 5 p.m. But he encountered an engine problem which prevented him from rescuing Escoffier, who in the meantime took refuge in his life raft, probably equipped with a special suit, with a personal beacon and something to signal his presence. The PRB boat has it, a priori, sunk (satellite contact was quickly lost). After having spoken vocally with Escoffier, Le Cam lost visual contact with his liferaft.

Jean Le Cam then failed to pick up the signal from Kévin Escoffier’s beacon, whose range was reduced due to heavy seas. Something to seriously worry the organizers, who asked Yannick Bestaven (Maître CoQ IV), Boris Herrmann (Yatch Club of Monaco) and Sébastien Simon (Areka-Paprec) to be diverted in their turn. Bestaven arrived in the area around 9.45pm, before Herrmann, expected around 11pm. A grid process has been established to facilitate searches.

The four diverted skippers will have the right to leave once the rescue is finished. They will recover the hours lost in the classification, after deliberation by the race jury. If the engine is used, they will have to seal it again with fillings.

The rescue of Escoffier (the first of this 9th Vendée Globe) ran into particularly bad weather. The conditions in the area are very difficult, with rough seas, waves of 5 meters and strong gusts of wind. All in water at 14 degrees. What complicate the operation, especially since the night fell quickly on the spot, making visibility almost zero. The PRB shore team specified that in addition to his personal beacon, Escoffier had something to signal his presence in his life raft. The day, which will rise at 4:40 am (French time), should make it possible to clarify the area of ​​investigation.

The last time a Vendée competitor used his liferaft was in February 2013. After capsizing, the Spaniard Javier Sanso then waited 12 hours before being rescued. Remember that the event has been held every four years since its second edition in 1992-1993.

Originally from Saint-Malo, Kevin Escoffier is taking part in his first Vendée Globe this year. But he’s no rookie in the ocean racing world. Far from there. The 40-year-old skipper has already taken part in several major crewed races, passing through the southern seas on numerous occasions. He notably won the Jules Verne Trophy with Loïck Peyron (Banque Populaire V) in 2012 or the Volvo Ocean Race with Charles Caudrelier (Dongfeng) in 2018. “He is considered by his partners as a talented and enduring sailor”, according to West France.

Significant damage at the start of the race

Three days after the start of this Vendée Globe, on November 11, the PRB skipper had already encountered a major problem at sea. Hundreds of liters of water had infiltrated his boat. After several hours of repairs and the use of a pump, Kevin Escoffier, who is an engineer by training, had succeeded in restoring the situation. “Jacuzzi option this morning on PRB, he joked in a video session. I came to do my usual check of the front zone and here is what I saw. I am sponging. I have to Hold on for an hour, before tacking and I can fix that. Come on, have a nice wet day everyone. ” For the moment, there is nothing to establish a link between this incident and the one which forced him to activate his emergency beacon.

The Cam itself had been rescued in 2008

In January 2008, it was Jean Le Cam who had to be rescued in the Vendée Globe. After losing his keel bulb when passing Cape Horn, he then sounded the alert. And it is Vincent Riou, then on PRB, who was diverted to come and lend him a hand. The latter had damaged his boat while helping Jean Le Cam, to the point of giving up the following night. Armel Le Cléac’h was also confused during this incident.

These were the details of the news contact lost with Escoffier on his raft, what we know about the situation for this day. We hope that we have succeeded by giving you the full details and information. To follow all our news, you can subscribe to the alerts system or to one of our different systems to provide you with all that is new.