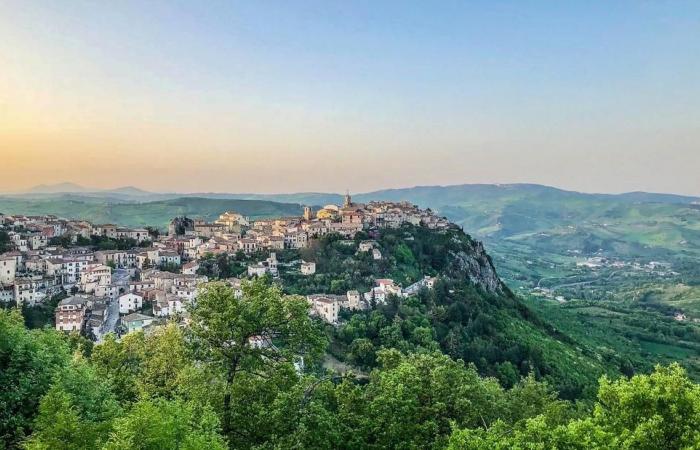 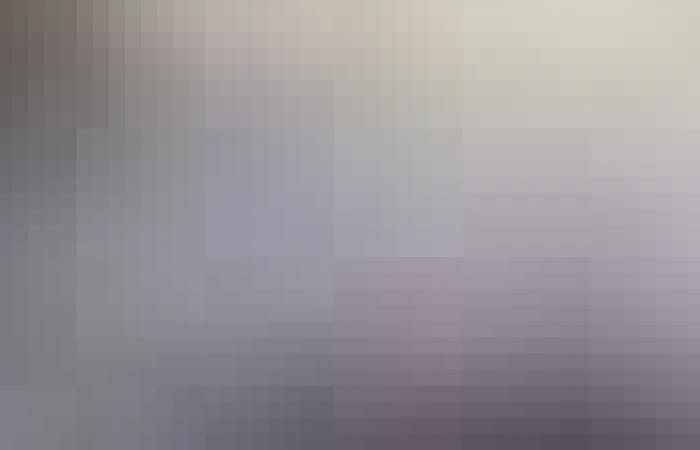 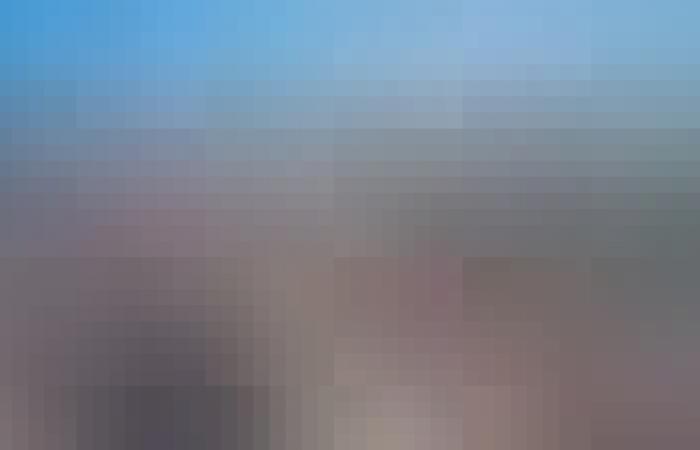 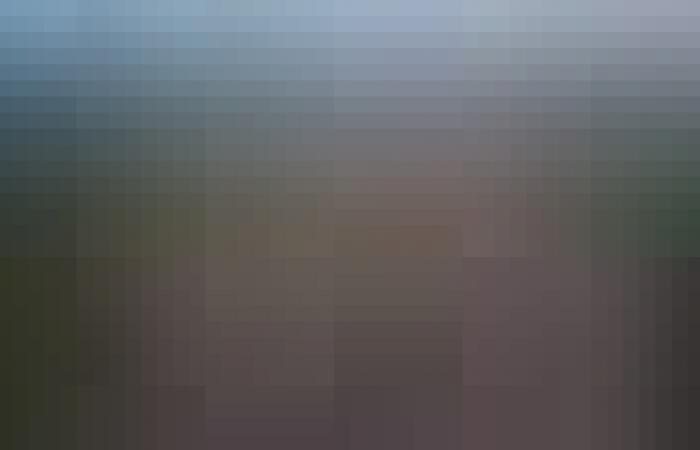 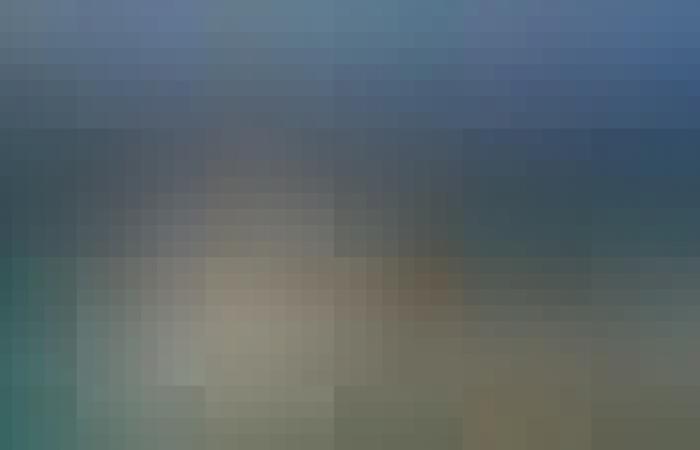 (CNN) – You wait a moment for a house that is practically given to you, and then three arrive at a time.
Yes, the Italian € 1 houses are back – and this time around, what’s up for grabs is a set of houses in the southern Molise region.

Castropignano – a village topped by a ruined medieval castle, 240 miles southeast of Rome – is the latest community to offer its abandoned buildings to newcomers.

However, unlike most projects, which auction dilapidated buildings starting at € 1 or $ 1.20, Castropignano does things differently.

There are around 100 abandoned buildings here, but rather than selling to the highest bidder, Mayor Nicola Scapillati wants to match interested parties with the right home for them.

“The system here works a little differently,” he says.

“I’m moving along two parallel tracks, reaching both potential buyers and former owners at the same time, step by step, to make sure demand meets supply.

“I don’t want my city to be taken over by a real estate rush or become the latest housing speculation deal. “

The village lies in the Apennine mountains

In fact, instead of going through the authorities, Scapillati wants interested parties to email them directly.

“I welcome anyone who wants to buy a new home here to email me directly (nicola.scapillati[AT]me.com) with a detailed plan of how they plan to get a makeover and what they would like to do with the property – make it a home, bed and breakfast, shop, or boutique Arts and crafts.

“They should also list any requirements they might have, such as wheelchair access. The village is tiny and cars cannot navigate the alleys and narrow steps.

The more specific the request, the easier it will be to find suitable accommodation and liaise with the current owner.

“It’s a targeted and tailor-made operation,” he adds. “People need to know exactly what they are signing up for.”

So what’s the catch? There are, of course, conditions. Buyers must renovate the property within three years of purchase and cough up a down payment guarantee of € 2,000 ($ 2,378), which will be returned upon completion of the work.

Homeowners have been told to renovate their abandoned homes, or council will take them

The project was launched in October, when authorities told owners of abandoned properties that if they didn’t renovate them themselves, the city would take possession of them for safety reasons.

So far, many homeowners have already agreed to give up their properties, eager to let go of homes that it would cost money to demolish.

Scapillati is confident that at least 50 will join. If they don’t, the city council will expropriate the homes of those who don’t respond and put them on the market.

In the meantime, dozens of interested people from Europe have already contacted him to ask him to buy the houses. And he hopes that with their help, the village will not only regain its zest for life, but also become more secure.

“It pains me to see the beauty of our old historic center marked by ruined houses, which are slowly decaying,” said the mayor.

“It’s sad and dangerous. Without renovation, these buildings are a threat. They could collapse any minute – it’s also about securing the village ”.

Scapillati – whose family emigrated to work in the wealthier north of Italy – felt the pull of his origins as an adult. He returned on a mission to preserve the architecture of the village, in the hope that he could maintain their traditions.

“I want to stop the decline in its tracks, keep the village flame alive. I am driven by passion and love for my hometown, ”he says.

And while Castropignano isn’t exactly a bustling place – it only has one restaurant, bar, pharmacy, and a few guesthouses – he thinks he looks sleepy.

“Here we have nothing great to offer except peace, silence, unspoiled nature, oxygen-rich air, great views and fantastic cuisine, ideal for detoxifying from everyday stresses. It’s not buzzing with life, I have to say, but it’s peaceful and simple, ”he adds.

Today, there are barely 900 inhabitants, against 2,500 in the 1930s. After World War II, families emigrated in search of a better future; then, from the 1960s, young people began to settle in the big cities to study and find work.

The “dodda”, or annual dowry festival

But Scapillati would like to regain the glory of days gone by when Castropignano was a thriving feudal center buzzing with artisans, merchants and travelers crossing Italy, protected by a powerful duke. In fact, the village was once famous for its shoemakers and shoemakers.

Situated on a rocky hill in the central Apennine mountains of Italy, Castropignano is built on a former settlement of the Samnites, an ancient Italic people, who used it as a defensive lookout against the Romans – who ultimately defeated them.

The Samnites built fortresses and settlements in the surrounding countryside. In the valley below the village, next to ancient ruined Roman villas is a huge stone monument built by the Samnites. Half an hour to the south are the magnificent ruins of Saepinum, a town founded by the Samnites and then taken over by the Romans, whose ramparts, theater and temples still exist.

It is the deepest part of Molise, a region of Italy largely unknown to tourists, located east of Lazio and between Abruzzo and Puglia on the southern Adriatic coast.

The lack of visitors has helped preserve its rural authenticity, making Molise one of Italy’s best-kept secrets.

The abandoned houses of Castropignano are located in the historic center, above a roofless medieval castle – it was bombed during the war and many of its stones were used to build the houses which are now for sale.

A labyrinth of winding and cobbled paths, arches and passageways covered with gargoyles connects the castle to the upper residential layers of the village.

Another group of houses for sale can be found in the clifftop hamlet of Roccaspromonte, perched on a high cliff three kilometers away. Next to it is the Santuario della Madonna del Peschio, a ruined forest church now open to the elements with the sky as its roof and oaks as its walls.

So what is there to gain? Scapillati says most of the buildings for sale are in good condition, although they have hingeless doors, peeling paint and are partially covered with vegetation.

He estimates that a complete renovation will start between 30,000 and 40,000 euros (35,000 to 48,000 dollars). Italian taxpayers get tax credits for ecological and earthquake-resistant works.

But there is a lot of potential. The architecture is a juxtaposition of styles – from richly ornate portals at the entrances to simple cottages. And many of the houses offer panoramic views of the translucent Biferno River running through the valley.

Cecilia Vampa, a retiree from Rome who fell in love with Castropignano during her college days, has restyled a few homes here. She says the stones are alive.

“There is a poetry woven into the way they were crafted, through art and hard work. These stones tell a story, I fell in love with them. They arouse emotions. ”

Vampa says she loves the simple, tight-knit community and welcoming locals. In Castropignano, she said, she found “the lost rural peace of her adolescence.”

Molise is one of the most unspoiled regions of Italy

Even today, the village seems to date back to an earlier era. Back then, families slept on the upper floors while the kitchen and living areas were on the second floor. Domestic animals such as chickens and donkeys – the only means of transport – were kept in the stables on the ground floor.

An old shepherd’s trail for moving cattle between their summer and winter pastures runs through the village – it is still used today to move sheep and cows to pasture, as well as for bicycle tours, walks and horseback riding.

And every summer, the villagers celebrate “Dodda” – a re-enactment of the custom by which young girls about to get married offered their dowry to the husband. Women ready to tie the knot parade through the streets in traditional white dresses carrying baskets of linen, blankets and other bridal items made by their grandmothers. It is a symbolic gesture supposed to bring good luck.

There are even spooky tales of enchanted forests filled with dwarves and fairies who sing sad songs at midnight.

The Tremiti Islands are within reach of the village

Today, it’s the food that will convince those on the fence to move to Castropignano. Local specialties include succulent soppressata sausages stuffed with lard, cold cuts and cotenna (pork rind) – said to have an advantage thanks to the fresh air.

Cavatelli are screw-shaped pasta served with a pork stew sauce, while ‘mbaniccia is a special soup cooked with a corn “pizza” (pieces of stale bread). The typical cheese of the region is caciocavallo oozy, which is tied with a knot and suspended from a rope, giving it a distinctive teardrop shape.

Do you have a sweet tooth? Prepare to feast on savory jams, Christmas cakes stuffed with candied fruit called Pigna, and almond and honey cookies to dip in wine.

Day trips to Rome and Naples are possible, as Castropignano is located in between. It is also close to the famous beaches of the Adriatic coast, as well as the snow-capped mountains of the Campitello Maltese ski resort. Ferries to the unspoiled Tremiti Islands – a hotspot for Italian tourists – leave from Termoli, an hour’s drive away.

These were the details of the news Castropignano: the Italian village selling houses for $ 1 for this day. We hope that we have succeeded by giving you the full details and information. To follow all our news, you can subscribe to the alerts system or to one of our different systems to provide you with all that is new.