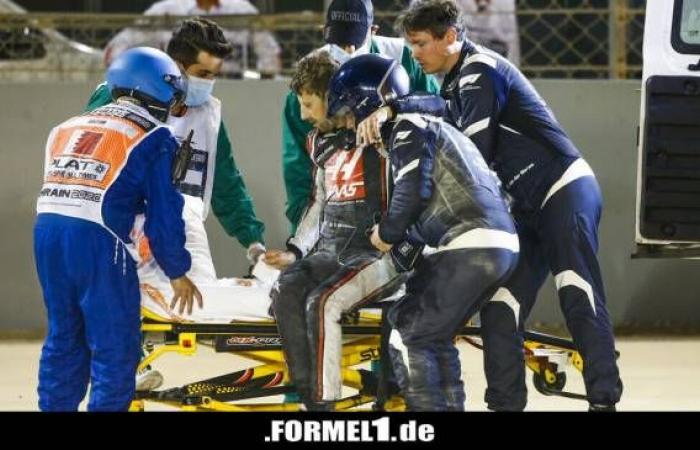 (Motorsport-Total.com) – Motorsport is dangerous. Everyone was aware of this again on Sunday in Bahrain when Romain Grosjean had a terrible accident on Sachir’s starting lap. The Frenchman escaped a hard impact in the guardrail and a fireball with minor injuries, while his colleagues in the pit lane had to wait for news.

“I am so grateful that Romain is safe,” says world champion Lewis Hamilton, who once again emphasizes the dangers of the sport: “The risk we are taking is no joke,” said the Mercedes driver. “We risk our lives for sport and for what we love.”

After the race it becomes even clearer: “Those were really shocking pictures. When I get into the car, I know that I am taking a risk. I respect the dangers in sport,” said the Mercedes driver, who is above all grateful is that Halo may have saved Grosjean’s life at this point. “I’m grateful that the guardrail didn’t behead him. It could have been so much worse.”

“I think that shows what a fantastic job the FIA ​​has done over time, that he got away with something like that,” said Hamilton. “But of course that will be investigated. You will do a lot to make sure that doesn’t happen again.”

Other colleagues also tweeted during the break: “Great relief that Romain is okay,” writes Williams driver George Russell. “A big thank you to all the teams, the FIA ​​and Formula 1 for all the safety precautions we have in sport today.”

The race was interrupted for more than 80 minutes after the accident.

These were the details of the news Lewis Hamilton: “I’m grateful that the guardrail didn’t behead Grosjean” for this day. We hope that we have succeeded by giving you the full details and information. To follow all our news, you can subscribe to the alerts system or to one of our different systems to provide you with all that is new.

PREV Pope Francis visits Iraqi Christians who suffered under IS
NEXT Trump, returning to political stage, flirts with 2024 run