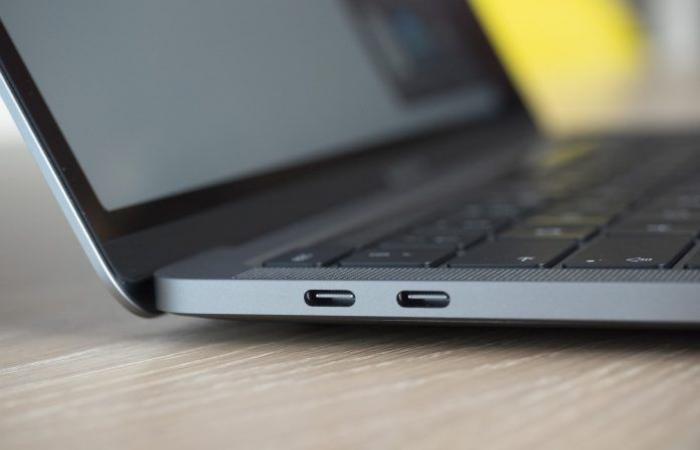 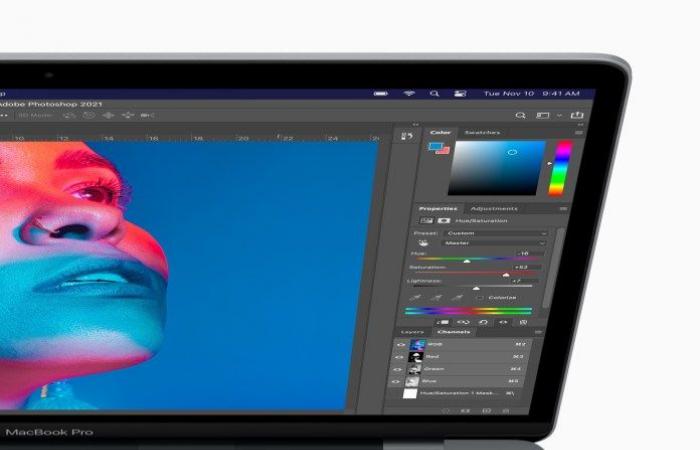 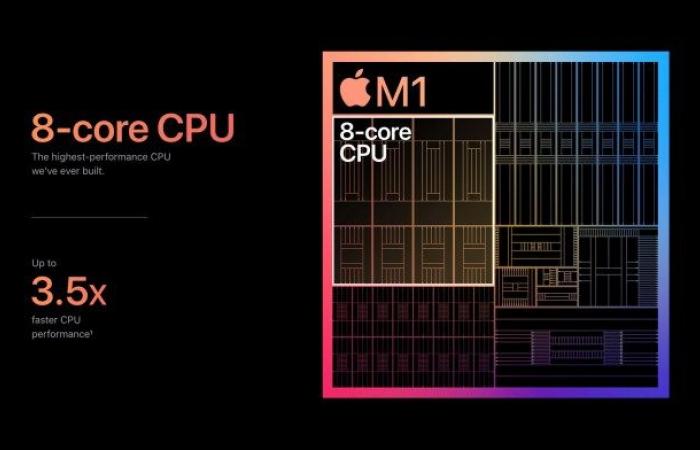 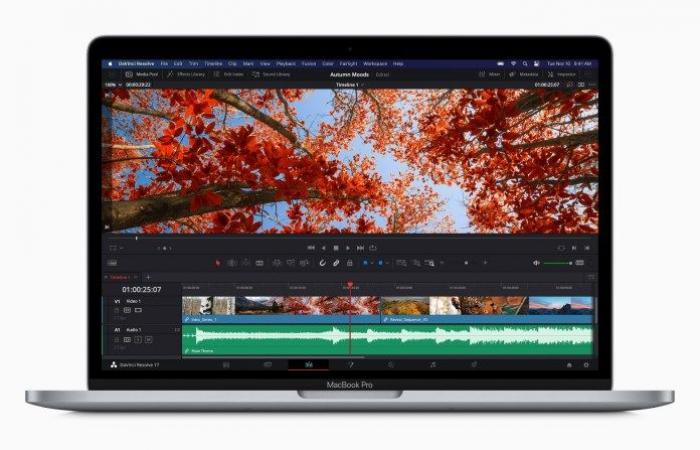 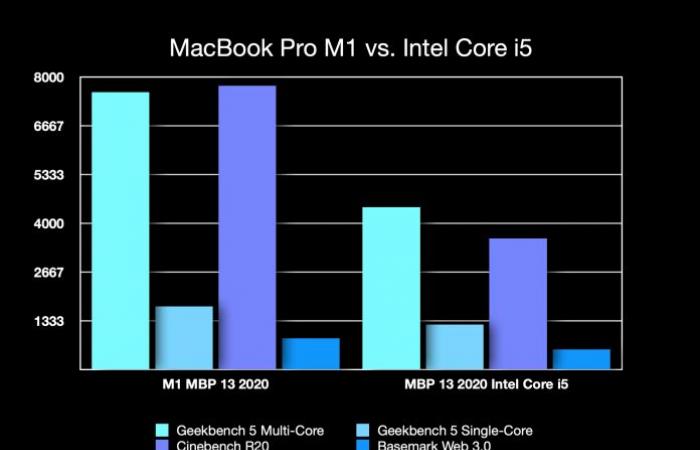 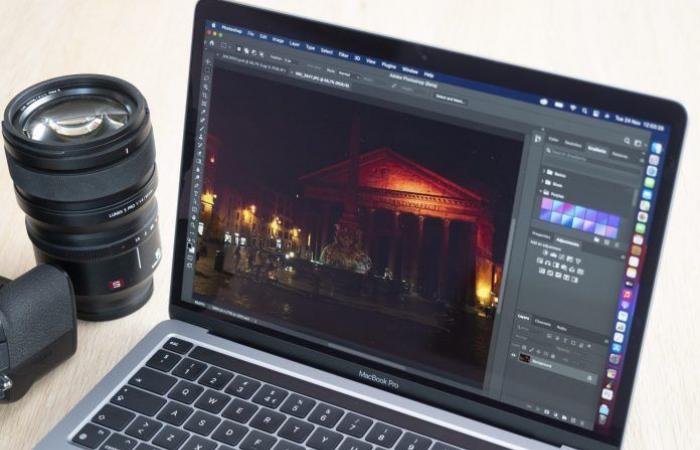 The timing has never been better. If you are going to buy a new Mac laptop, now is the time to shop. Apple’s new M1 processor has made the MacBook Pro and MacBook Air with 13-inch screens, some power packages we have hardly seen before.

The new 13-inch MacBooks have the biggest update in many years for some Macs, and show the way into the future of Apple computers.

Apple has started phasing out Intel processors, in favor of its own Apple Silicon processors, and this is one of three new Macs (Mac Mini is the third) with the new M1 processor. Which is based on the same 5 nanometers architecture we’ve seen in the latest generations of Apple tablets.

This does not mean that the new Macs behave like an iPad with a keyboard, but some things are the same. The absence of start-up time, opening of programs, and starting of apps not least. Because with the M1, Macs can run iOS apps.

There are several benefits to the new M1 processor. It is both much faster and more efficient than Intel’s processors. This means both record-breaking performance and much longer battery life.

The battery in the M1 version of the MacBook Pro 13 lasts between 17 and 20 hours, compared to 10 hours compared to the 13-inch we tested this summer. It is also much faster both in benchmark tests and in software such as Adobe Photoshop and Final Cut Pro.

The previous generation MacBook Pro 13 is still in Apple’s range. But I can not quite see why one should buy any of them, when the M1-based 13-inch gives so much more performance for the money.

The only reason to choose an Intel-based MacBook Pro 13 had to be if you can not manage with less than 4 TB SSD storage, 32 GB of memory – and that you actually need four Thunderbolt connectors.

In the new M1 Mac, you can choose up to 2 TB SSD, and it is only available with two Thunderbolt ports.
Same screen, keyboard and trackpad

The previous and the new 13-inch, are otherwise identical. They have the same LED-based IPS screen that supports P3 color space, which is among the screens with the most accurate color reproduction on any laptop.

The keyboard, or Magic Keyboard as it is called, is the same backlit keyboard with touch bar above, which the Pro 2020 models of Apple use, and the trackpad or trackpad is also the same.

If you look at Apple’s website, there is little technical information there. The nerds do not find much to hang on to, and for creative users, performance is in practice more important than GHz and teraflops. But we have some data on the M1 processor.

The first M1 processor and the one used here is an eight-core 3.2 GHz processor based on a 5 nm architecture, with 16 billion transistors divided into four high-performance cores and four high-efficiency cores.

The first four run the heaviest loads in programs such as Photoshop and Final Cut Pro, while the other four tour the lighter tasks. They are controlled by a controller that distributes the load to the eight cores in real time, and can, when necessary, use all eight cores’ tasks that are particularly demanding.

The M1 processor also includes an eight-core graphics processor unit. Apple claims that it is capable of running up to 2.6 teraflop in 32-bit (FPU), or in a less nerdy way, the MacBook can merge 4K video in real time, without hiccups.

Apple is also quite proud of its 16-core Neural Engine. Simply put, it is advanced machine learning, where the processor learns to recognize and analyze images, video, faces, and tasks, and uses image scaling in Pixelmator Pro as an example. There you can scale up an image with several hundred times magnification, and constantly see details on the screen.

The Mac can also be connected to two external monitors, one with up to 6K resolution and 60 Hz and one with 4K / 60, while you can use the Mac’s monitor in full resolution. It is also possible to use a newer iPad connected wirelessly as an external monitor by activating SideCar in the system preferences.

It only has two USB-C / Thunderbolt 3 connectors on the computer. But I doubt if many need more. The USB and Thunderbolt 3 ports provide speeds up to 40 Gb / s and are typically used for charging, external devices, or an external 6K monitor.

On the other side there is a 3.5mm jack for headphones or external speakers.

The built-in stereo speakers are not bad at all. They support Dolby Atmos audio and deliver a rich sound image for a laptop.

The FaceTime camera is the same as before, with 720p resolution, which is obviously too bad. But the picture qualities have at least gotten a little better, with less noise and a little better contrast, but that’s all.

The Facetime camera is quickly forgotten when running the Mac on the test bench. Compared to the MacBook Pro, with Intel’s 10th generation ‘Ice Lake’ Intel processor, the new M1 Mac smashes it all. Everything.

On top of that, it is cheaper than the Intel Mac, with quite a few thousand bucks.

When we tested the MacBook Pro 13 with a 2.0 GHz i5 processor in Geekbench, it ran fast from the fastest 13-inch from 2018, and now it’s its turn to be beaten to pieces by the M1 model in Geekbench 5:

The figures show that the new M1 processor crushes Intel’s 15 processor, especially in the multi-core test, but interestingly enough, it also parks the twice as expensive 16-inch eight-core 2.4 GHz i9 Intel processor. Both on single and feather core performance.

But it’s not just on the test bench that the new Mac shines. It also runs demanding tasks faster and without hesitation or hiccups than before. Here it is appropriate to say that the new processor architecture requires developers to create their own versions of the software adapted to Apple’s M1 processor for optimal performance.

Otherwise, the Mac runs software developed for the Intel processor, through Rosetta 2 in MacOS Big Sur. Rosetta 2 ‘translates’ the software and is required to run older software on a Mac with an M1 processor. But then you do not get to utilize the full potential of the M1 processor.

You get it if you have an Adobe Creative Cloud account. Then you can download a beta version of Adobe Photoshop for M1, admittedly not a full version with all the features, but enough to test the basic performance in Photoshop.

Apple’s Final Cut Pro for video editing is also adapted to the M1, and it quickly became clear that the MacBook is noticeably faster in filter effects, rendering and something as simple as playing video in 4K, but also in 8K / 24p, where the video flowed seamlessly across the screen.

And all this played without the fan starting.

It is here, on the most demanding tasks, that you need the extra 8 GB of memory, which you must choose before ordering your Mac. The difference between an M1-Mac with 8 or 16 GB of memory, will be best seen when working with very heavy files, in eg Photoshop, Final Cut Pro or Affinity Photo, mostly the M1 processor handles itself.

The new MacBook Pro 13 is the roughest 13-inch we’ve tested. It not only shatters previous Macs we’ve tested, but paves the way for a landslide of new Apple computers with an almost revolutionary new processor architecture. The new processor is far more efficient, so the battery life of a MacBook Pro 13 is almost doubled. It also handles tasks you previously had to have a much more expensive Mac to perform, and in our tests it is faster than anything else in the same class. Photographers, designers, and creative users get a powerful tool in the new MacBook Pro, which is the best buy among laptops right now.

*The article has been translated based on the content of Source link by https://www.lydogbilde.no/test/data/macbook-pro-13-m1-2020/
. If there is any problem regarding the content, copyright, please leave a report below the article. We will try to process as quickly as possible to protect the rights of the author. Thank you very much!

These were the details of the news MacBook Pro 13 ” M1 2020 – The best we’ve tested for this day. We hope that we have succeeded by giving you the full details and information. To follow all our news, you can subscribe to the alerts system or to one of our different systems to provide you with all that is new.