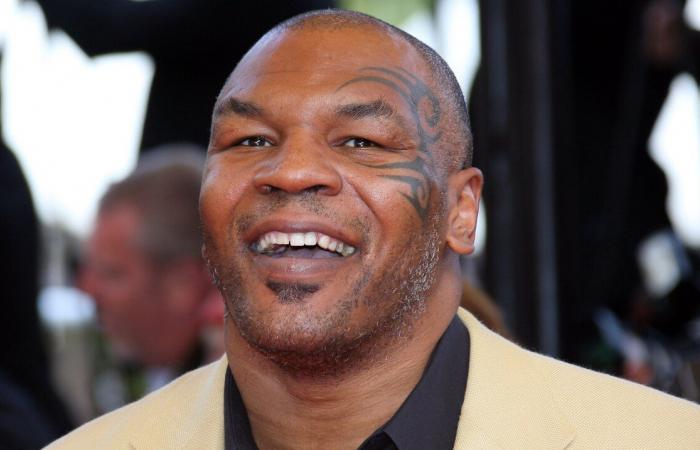 The Angels. American boxer and former world heavyweight champion Mike Tyson stated that a synthetic psychedelic drug known as “toad poison,” which psychiatrists use to treat depression and drug addictions, played a role in his return to active boxing.

Tyson, 54, will return to the ring tonight when he faces compatriot Roy Jones Jr., 51, in an eight-round exhibition fight.

“I took the medicine, which got me into shape,” Tyson said Friday, referring to the psychedelic drug 5-methoxy-N, N-dimethyltryptamine, a fast-acting synthetic psychedelic derived from toad venom, whose effects Psychedelics are short-lived, in a ceremonial group setting, during an interview with USA Today on the day of the official weigh-in.

“Really (the drug) made me like my head exploded and inwardly I heard him come back (to boxing) and start to get in shape,” Tyson explained his experience.

The fight will be Tyson’s first in 15 years. His professional career ended on June 11, 2005 when he refused to come out for the seventh round against Kevin McBride after at age 20 he had become the youngest heavyweight champion of the world after just turning 20.

Tyson and Jones Jr. will go into the ring for their display at the Staples Center in Los Angeles, but without spectators due to coronavirus restrictions.

Jones Jr., 51, said he expects Tyson to be formidable “because he’s rejuvenated.”

“He’s been out for 15 years and he knows what it’s like to miss boxing,” said Jones Jr., a four-time champion in four weight classes.

“He realizes what he had and is now looking to get it back. Now he has the desire to want to go out and be who he once was and do what he once could do, ”he added.

Tyson said that road back, which involved psychedelic drugs, has put him to the test. He indicated that he has lost 100 pounds during his training regimen, which began with 15 minutes a day on the treadmill. He called his first day of training “disastrous.”

“During that boxing session when they were hammering me with exercises, not once did I say, ‘What (expletive) am I doing here?’ Tyson remembered. “‘Woo, but now I’m here.’

The fight between Tyson and Jones will be sanctioned by the California State Athletic Association and because it is an exhibition, it will have different rules, which has diminished the enthusiasm around the fight.

The rounds will be two minutes instead of the regular three.

In addition, the fight will stop if there is a serious wound or injury, according to information released by Triller, promoter of the fight. There will be no judges in the ring and no winner will be declared.

But she will be monitored by the World Boxing Council (WBC) although the result will not be reflected in her fight histories either, said Michael Goldberg, a publicist who works with Triller.

Tyson seemed concerned about making a prediction in light of the restrictions.

“It’s going to be entertaining,” said Tyson, who will win $ 10 million, “because I’m a boxer, he’s a boxer. And, of course, you know that we are going to throw blows and during that process anything can happen ”.

While Jones Jr. was limited to saying that they hope to put on a good show because both have been boxers who always did throughout their respective professional careers.

These were the details of the news Mike Tyson says the drug “toad poison” made him return to the ring for this day. We hope that we have succeeded by giving you the full details and information. To follow all our news, you can subscribe to the alerts system or to one of our different systems to provide you with all that is new.