HONDURAS: Former President Zelaya was detained at the airport with 18 thousand dollars in his carry-on bag | News from El Salvador 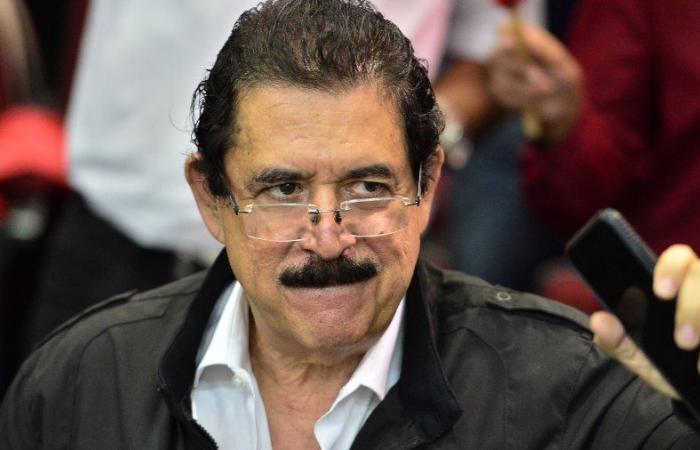 The deposed former Honduran president Manuel Zelaya denounced this Friday that he was “unfairly” detained at the Toncontin International Airport in Tegucigalpa, when he intended to travel to Mexico with $ 18,000 in his carry-on, although he assures that the money does not belong to him.

“I report that I was unjustly detained at the Toncontín airport when I was preparing to travel to the PT Seminary in Mexico. It is caused by a bag of money with $ 18,000, which does not belong to me. Now in the presence of the prosecutor, “Zelaya said in a message on Twitter.

Zelaya, who is the general coordinator of the Libertad y Refundación party (LIBRE, left), told local media that he was detained by the authorities when he tried to board a plane to Houston (USA), from where he would travel to Mexico.

The dollars were in a paper envelope inside the former Honduran president’s suitcase, said Zelaya, who assured that the money is not his.

“I don’t know the origin (of the money),” emphasized Zelaya, who said that the dollars were counted by personnel at the Toncontin International Airport.

“They detained me, I could not board the flight and now the scandal will come over this situation,” added the former Honduran president, who was overthrown on June 28, 2009 when he was promoting constitutional reforms that were prevented by the law.

He pointed out that the Honduran authorities “are doing their duty, they won’t let me leave, because there are more dollars in the bag than can be legally carried.”

“In my backpack I carry a book, two things for my hair and the speech and the document that I am going to present in Mexico, and in that the bag (with the money) appears, how am I going to go through x-rays dollars when I know what it is? a crime, “he explained.

The former Honduran president asked the authorities to investigate who and where they put the money in his carry-on bag, since it does not belong to him.

Zelaya is in custody at the Toncontín International Airport, where prosecutors from the Public Ministry have arrived to take a statement from the former president and supporters of Libre.

Honduran laws allow up to $ 10,000 as the maximum amount of money that a person can carry, as long as they verify its origin.

These were the details of the news HONDURAS: Former President Zelaya was detained at the airport with 18 thousand dollars in his carry-on bag | News from El Salvador for this day. We hope that we have succeeded by giving you the full details and information. To follow all our news, you can subscribe to the alerts system or to one of our different systems to provide you with all that is new.

NEXT Turkey has stopped insulting us, but action still needed, France says